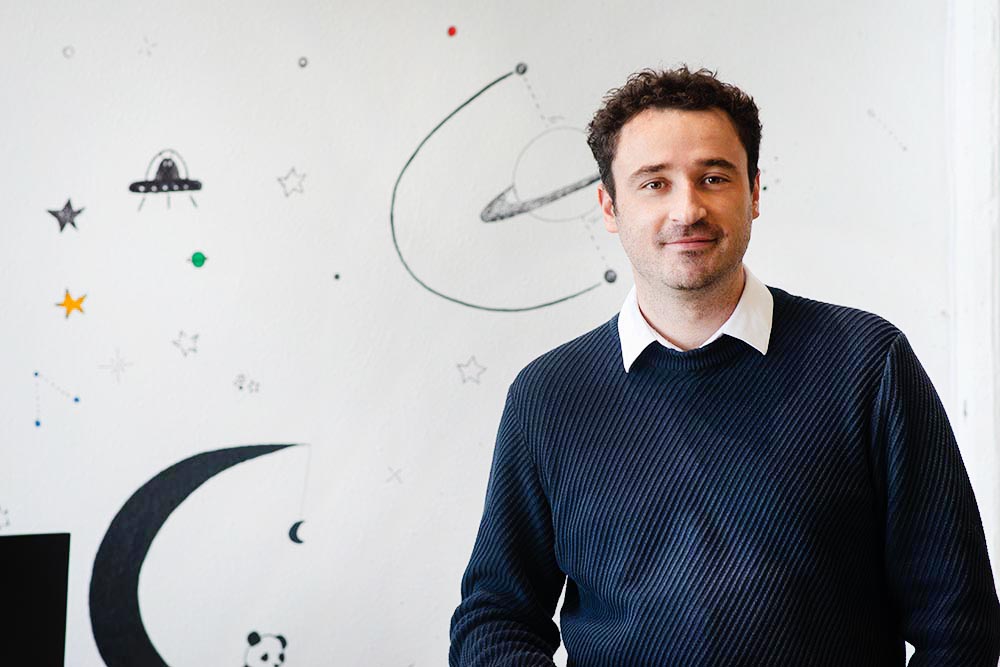 Here is a category of start-ups that we hear little about, but that is truly taking off: space-related startups.

Although invisible to us on earth, this is a rapidly-growing industry that is already touching our lives.

The data which is captured from the sky has a direct link with the management of maritime traffic, weather forecasts, civil and military aviation, but also with agriculture and many other areas.

First, the obvious question: How can a startup launch in this sector?

The investment goes well beyond the acquisition of a few servers and the hiring of seasoned coders … Tickling the stars is expensive, and well beyond the reach of ordinary entrepreneurs.

We found some answers during our interview with Pierre-Damien Vaujour, CEO and co-Founder of Loft Orbital, a San Francisco start-up, and FACCSF’s member.

Loft Orbital’s ambition is to bring space within the reach of its customers without them having to buy a satellite, or book a launcher. Until recently, if companies needed data from outer space, this was the state of affairs: companies had to spend millions of dollars and manage a three to five-year schedule, and those projects required an army of coders and assorted techies.

Loft Orbital brings a very different value proposition: they offer to support their customer’s data sensor -let’s say an inter-spectral camera for example, and to adapt it to a Loft Orbital 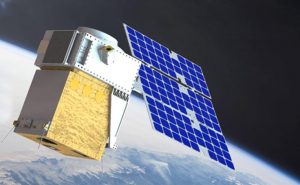 “hub”. The “secret sauce” is volume here, the camera/hub ratio is not 1: 1 … but rather 5: 1. Vaujour explains that each mission embeds up to 5 sensors from different customers on the same hub. His team then attaches the hub to a satellite bus, and entrusts everything to a company of launchers such as SpaceX or Rocket Lab… and it’s up and flying, so to speak.

… It’s not quite that simple though. It obviously takes a lot of code and expertise to fix the sensors on the hub because by definition, sensors are all different… And Loft Orbital has to fix the hub on the satellite bus so that the data, once captured in orbit, is usable by each of their customers.

Loft Orbital does not process the data collected in space, they leave it to their customers who by definition are experts in their field; Loft Orbital only ensures the integrity of the data until it returns to earth.

If we had to compare, Loft Orbital is a bit like the AWS (Amazon Web Services) of space, a kind of pioneer of “space as-a-service”; a real facilitator for all companies who need to collect data from space but who are unwilling or unable to integrate aerospace engineering expertise. The other significant advantage of this service for the end customer is the cost and the transfer from Capex to Opex.

Obviously, this discussion has given rise to many questions, and among other things, why install a start-up in San Francisco when the launchers are usually in Florida?

Without any hesitation, Vaujour answers “Quite simply because the VCs ecosystem is unique in Silicon Valley and if they believe in a project, they do not hesitate even when they are solicited to invest in the aerospace industry. You can’t find this anywhere else. To start, we raised 3 million in 2017, then 13 million in the summer of 2019. Today, the 60 members of the team are divided between Colorado and Toulouse in France but the bulk of the workforce remains in San Francisco.”

As for customers… Pierre-Damien Vaujour shared with us two examples: The QEYSSat mission which will demonstrate Quantum Key Distribution (QKD), in partnership with Honeywell and the Canadian government. And Eutelsat that launches its captors with Loft Orbital when contracting for Sigfox (a French IoT start-up).

If you’re wondering how one becomes a co-founder of an aerospace company, well let’s say it can’t be improvised. Pierre-Damien Vaujour has an adequate academic background: he graduated from ISAE Supaero in Toulouse, then did a Master of Science at the University of Michigan but above all, he had a career that leaves you dreaming. A stint at the European Space Agency, and at NASA, he then participated in the development of space tourism during the launch of the Google Lunar X PRIZE. He created Loft Orbital after being one of the very first employees of Spire, a satellite data company that is evolving in this new space industry.

If this interview made you want to join a growing company, Loft Orbital is looking for software engineers and engineers in the field of aerospace engineering. Here is a company where you will have room to fly your career.