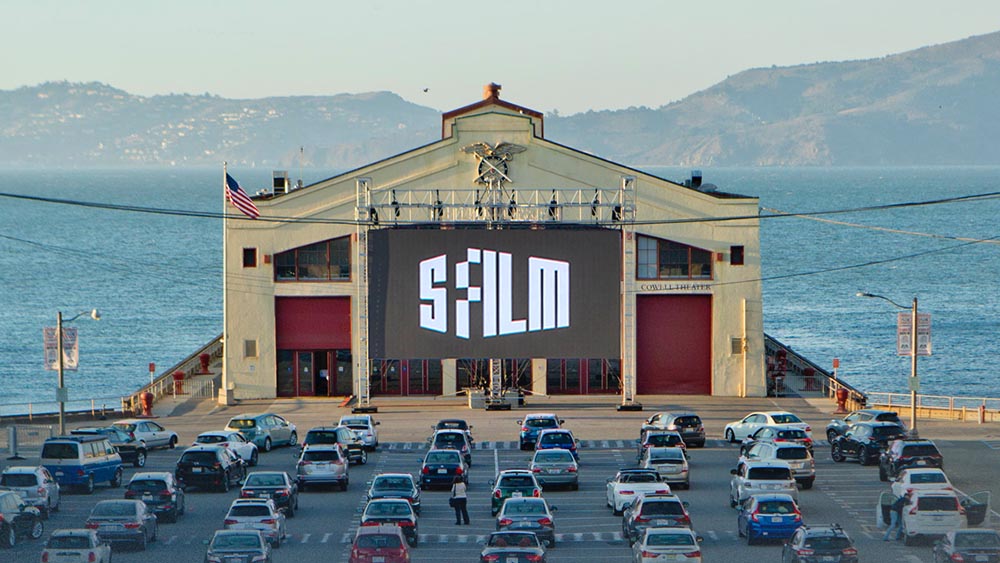 Featuring 103 films, the Festival includes both online and in-person events, with digital screenings being hosted through the SFFILM website and live screenings and performances at the Fort Mason Flix drive-in theater.

The 2021 Festival will run April 9–18, with tickets and streaming passes on sale at sffilm.org. It should be highlighted that thanks to digital screenings, the festival will be available across the United States, and not only geolocalized for California.

The Festival’s diverse film lineup is made up of 42 feature films, 56 short films, and, new to the Festival this year, five mid-length films. 13 films will be making their world premiere with an additional 15 making their North American premiere.

We have focused on the French movies and here is what we have selected.

Poppy Field, Eugen Jebeleanu, Romania/France
Poppy Field follows the struggle of a young Romanian gendarme, Cristi, who tries to find the balance between two apparently opposing parts of his identity: that of a man working in a macho hierarchical environment and that of a closeted gay person who tries to keep his personal life a secret. While his long-distance French boyfriend, Hadi, is visiting him, Cristi is called in for an intervention at a movie theatre, where an ultra-nationalist, homophobic group has interrupted the screening of a queer film. After one of the protesters threatens to out him, Cristi spirals out of control. Golden Gate New Directors Competition

Skies of Lebanon, Chloé Mazlo, France – NORTH AMERICAN PREMIERE
In the fifties, young Alice leaves her natal Swiss mountains for the sunny and vibrant shores of Beirut. She falls madly in love with Joseph, a quirky astrophysicist intent on sending the first Lebanese national into space. Alice quickly fits in among his relatives, but after years of bliss, the civil war threatens their Garden of Eden. Golden Gate New Directors Competition

Ma Belle, My Beauty, Marion Hill, USA/France
Against the backdrop of a sun-drenched summer in Southern France, a surprise reunion stirs up old memories between two women who were once polyamorous lovers.

Mum Is Pouring Rain,  Hugo de Faucompret, France – NORTH AMERICAN PREMIERE – Animated movie – Jane’s (8 yo) mother is struggling with depression. She sends her daughter to spend Christmas at her Grandma’s. The holidays turn out to be quite an adventure as Jane meets new friends: Cloclo the gigantic hobo who lives in the forest, and Sonia and Leon, two local kids. As she learns to open herself to others, Jane will inspire her mother the strength to get back on her feet. With Céline Sallette, Yolande Moreau, Arthur H. Schools at the Festival Inclusion

Calamity, A Childhood of Martha Jane Cannary, Rémi Chayé, France/Denmark – Animated movie – An eventful road movie with good guys and bad guys, conflicts over who should control the convoy, a resourceful and Huckleberry Finn-like orphan, soldiers, miners, a widow with a strong character, etc., all the elements of a self-respecting western.