OFALycée, The choice of French remote learning for all the right reasons 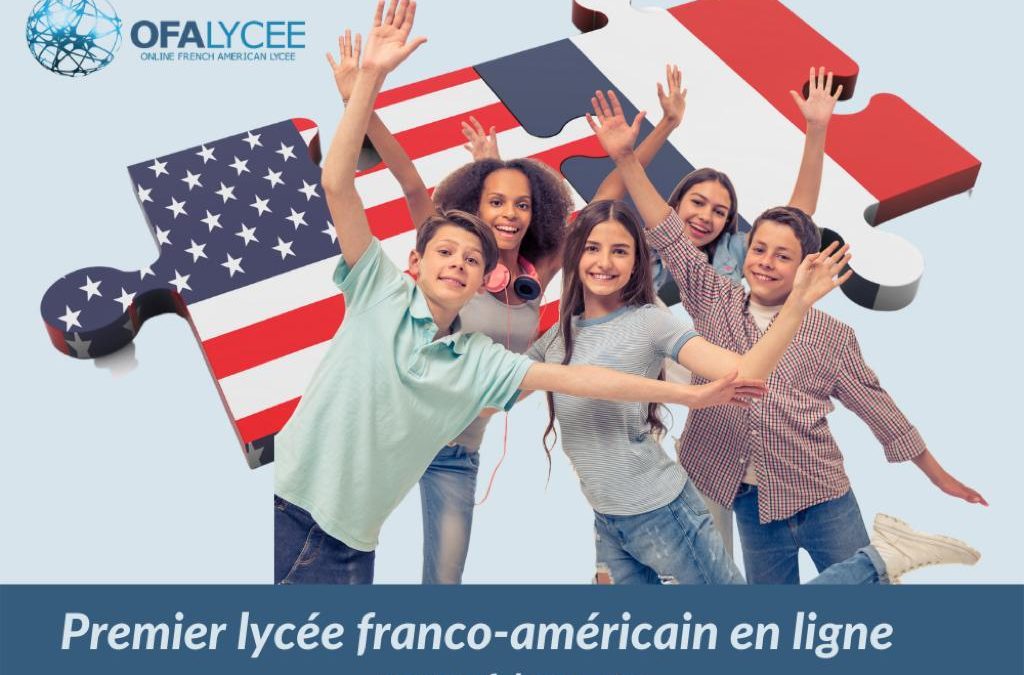 Sponsored article – The concept of OFALycée was born before the COVID era. Distance education was chosen to meet a need that could not be achieved face-to-face: how to pursue an education “à la française” while benefiting from the American immersion offered by expatriation to the USA?

“Our goal was to help French and French-speaking families who while living in the U.S. did not have access to French education for geographical or financial reasons, or who had simply chosen to immerse their children in an American school” says Geraldine Guillermin, the head of school.

Launched by four education enthusiasts from the French system but very familiar with the American curriculum, OFALycée was created in January 2020.

A year later, the school counts nearly 100 French or French-speaking students spread over 15 States, and eager to pursue French education in the United States in parallel with their immersion in an American school.

OFALycée makes it possible to maintain a strong link with the French language and culture, by offering à la carte courses from 4th to 12th grade, and by preparing for the French Baccalaureate.

The recipe for this success? “The human factor”

Beyond the depth of the courses offered – Mathematics, French, Latin, Greek, Sciences, History, General Culture, Philosophy – but also all the options of the Brevet des Collèges and the Baccalaureate, it is “The human aspect is crucial. It is without a doubt what has been ignored in the last ten months. Technology has taken the lead over the rest, at the risk of causing students to lose touch” replies Olivier Saint-Vincent, Littérature and Humanities professor at OFALycée.

“What our students appreciate most is the personalized teaching, the passion for the subject matter, and the care. But also the eagerness we deploy to create a social bond between them. Let’s never forget that technology is a means, not an end! “.

But the success is also due to the way OFALycée manages distance education: six students per cohort maximum and never more than 45 minutes in a row.

Thus, students enrolled in the general curriculum follow their French and Mathematics lessons without hesitation.

“It’s no longer a battle with my son when he has to do his French homework,” says a student’s mother before to add “The quality of the courses is by far the best we have ever had! “

And that’s right, everything is designed to create a positive and fun learning environment.

Whether it’s Mathematics or French, the method is the same: capitalize on what they learn alongside the American school; what is the point of reviewing knowledge that has already been acquired in the American system. The knowledge learned in Mathematics, History-Geography or Science resonates with the American curriculum.

The result is a more effective and consistent learning.

In addition, in order to enable all students to better appreciate these hours of distance learning – which are added to the hours of classes at their American school – OFALycée’s schooling includes a program for the development of social and emotional skills throughout the year.

On the one hand, we offer them to pursue a French education of excellence, and on the other hand, we open the door to higher education in France, in Europe, or elsewhere in the world, while they pass their baccalaureate, a renowned diploma and appreciated internationally.

Valérie Damiani, the guidance counselor at OFALycée adds “We support all our students along the way, from building their personal project to their college’s choice. Our expertise in both systems really allows them to succeed! ”

At the same time, there is deeply ingrained the desire to keep alive a part of their Francophone identity through the transmission of the language and culture.

The initiative of these four educational enthusiasts goes beyond pure teaching: “Beyond the pedagogical success, OFALycée is the creation of a tight-knit community that brings together students with their teachers as well as parents with the administration of the school” concludes Ms. Guillermin.

There are more than two hundred people involved in the adventure. Two hundred individuals for whom the choice of American immersion is no longer synonymous with abandoning French culture and the educational principles associated with it.

Registrations for September 2021 are open!