French movie – Keep an eye out with Benoit Poelvoorde (2018) 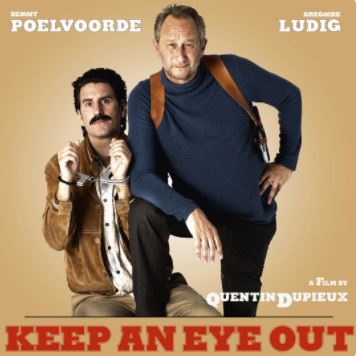 As the film begins, Fugain must explain how and why he happened to leave home seven times in one night before coming across a corpse in a puddle of blood.

From the opening sequence to the triple-meta denouement, Dupieux’s whip-smart script disregards expectations, the fourth wall, and the laws of time and space.

Available for streaming at Smith Rafael and at Roxie Theater