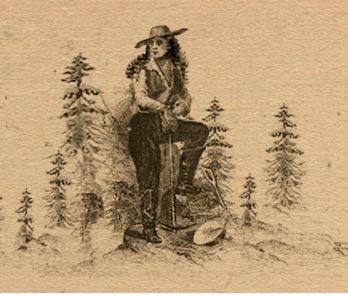 Let’s celebrate Women’s History Month with this documentary that tells the story of Marie Suize Pantalon, who traveled from France to California in 1850 during the Gold Rush. She became a successful gold miner and winemaker in an essentially masculine environment.

She was arrested many times for wearing men’s clothes and decided to appropriate this as part of her identity and claims her nickname Marie Pantalon.

A woman who was extremely famous and much talked about in the newspapers, but then completely fell into oblivion. She was forgotten until 2004, until Amador County celebrated its 150th anniversary, and decided to honor the memory of Marie Pantalon by naming her Sesquicentennial Woman of the Year.

Join us after the film for a Q&A with Susan Butruille!

Documentary in French and English