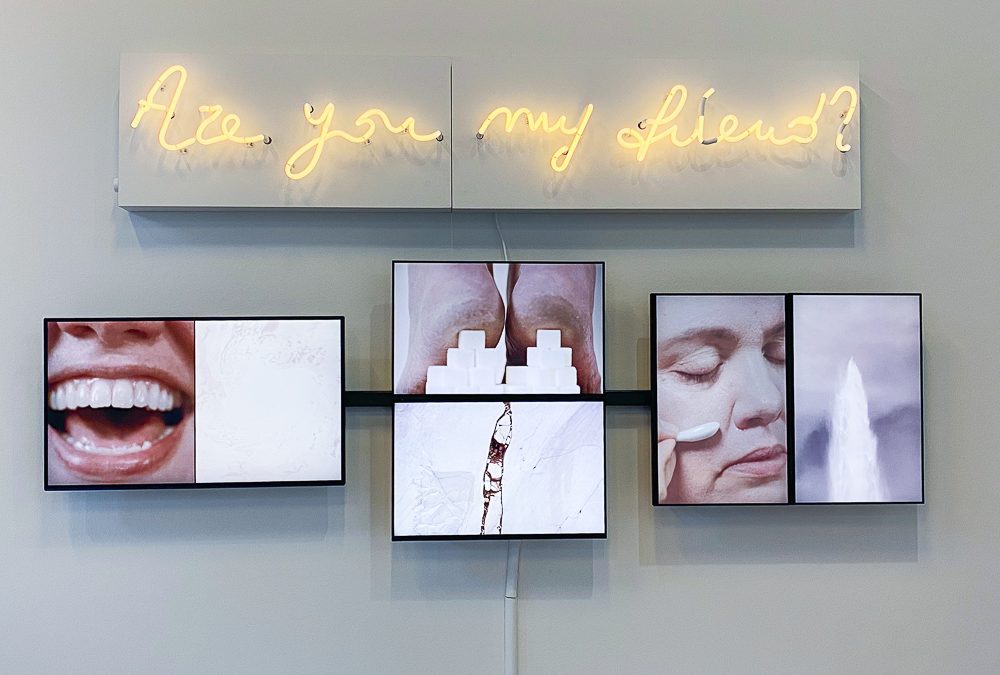 836M gallery in San Francisco is proud to finally present a pair of artists they have been hoping to work with for some time; Agnès Guillaume lives between Paris and Brussels, and John Sanborn in Berkeley.

Each artist exhibits works that show their different approaches to their common art form, video.

They met while they were exhibiting at the same time, when they both presented works on Adam and Eve in Paris. This coincidence let them become friends and they decided to collaborate on an exhibition which eventually became “All Roads Lead @ 836M”

Two new pieces by Guillaume and Sanborn are premiering at @ 836M.

This first series of two works Are You my Friend? by Agnès Guillaume & Give Me A Second by John Sanborn use seemingly simple images pasted on several screens. It’s like if

they were asking the visitor to put together a story for themselves. Are You My Friend? resonates in such a special way in this strange period of a pandemic: it resonates physically with the repetitive voice and emotionally when you would like to have all your friends around you these days. 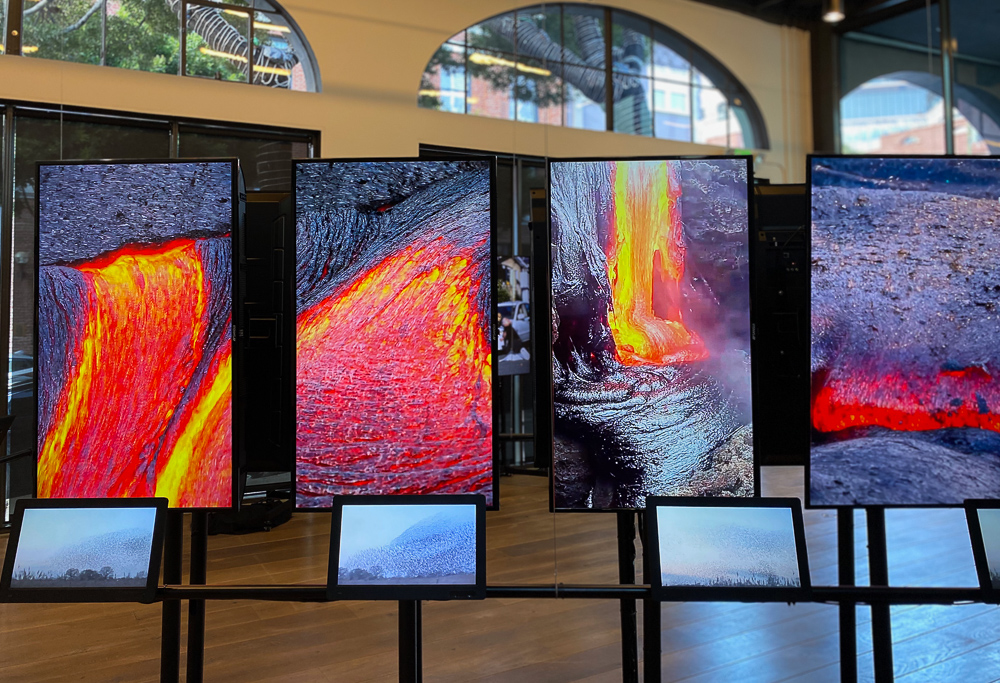 The other two pieces, Souls by Agnés Guillaume and In Conclusion by John Sanborn, are like meditative pieces on the existence of the soul and the state of the world.

In Conclusion, invites meditation when walking around these eight screens highlighting climate change and the resulting dystopian future. Souls questions the existence of the soul by attempting to materialize it through its floating and malleable heads.

We invite you to watch the trailer below to better understand the “video” aspect of the installations, and even better, go there. Private tours are available. Walk the meditative road that lead to @836M

Date: January 21 through May 28, 2021, by appointment only
Address: 836M Gallery located at 836 Montgomery Street, San Francisco