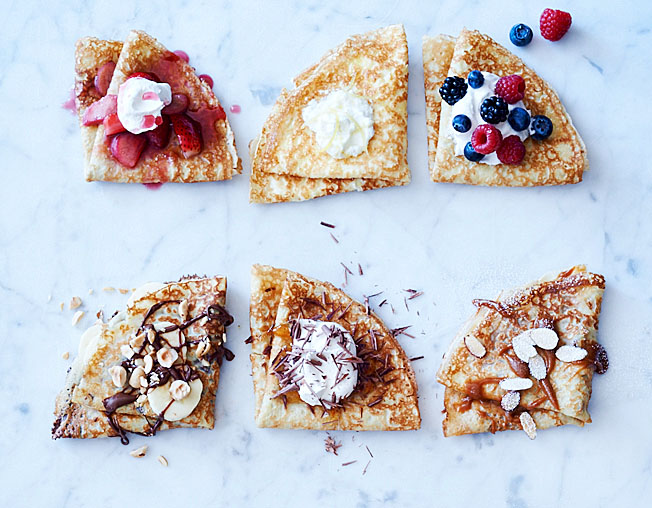 Every year on February 2nd, French people celebrate Candlemas by eating Crêpes (the French version of pancakes). Before briefly explaining this tradition, we wanted to shed light on the small business of Laetitia Verdeaux, a Frenchwoman from the Bay area: Crêpe-Madame.

Before entering those challenging times, Crêpe-Madame was a catering service but Verdeaux had to reinvent herself. Now, she prepares gift baskets that include freshly-made crêpes, cider, and spreads (jam, hazelnut spread). Two options are available: a 10 crêpes basket and a 20 crêpes basket. A perfect solution with ready-made crêpes that have just to be reheated to celebrate Candlemas (la Chandeleur), or just as an excuse to feast on good crêpes and support a small business.

When the world will return to normal, consider Crêpe-Madame services when you need a caterer for a personal or professional event. Crêpe-Madame has a catering license and operates throughout the San Francisco Bay Area.

Where does this Candelmas (Chandeleur) tradition come from?

On one side, Candlemas is a Christian holiday that celebrates the presentation in the temple of the baby Jesus by the Virgin Mary. An event which according to the Bible, took place 40 days after December 24th, therefore on February 2!

Candles… Candelmas… It was Pope Gelasius I who was the first to associate this event with candles. He is said to have organized torchlight processions during this special mass and distributed galettes to pilgrims, which would explain why we eat crêpes today!

On the other side, the tradition of crêpes on the day of Candlemas comes from the rural environment. February 2 marks the return to the fields when the Winter is almost done. Peasants got into the habit of preparing crêpes with the excess flour from last year. Very superstitious, they thought they would protect their homes from misfortune and ensure the prosperity of their future crops.

To bring prosperity to the household, it was customary to flip the first crêpe of the batch with the right hand while holding a gold coin in the left hand. The round cake represents the solar disk that evokes the return of sunny days.

To order a basket of crêpes or galettes, click here

A Michelin Star for Claude Le Tohic at One65
A new French fromagerie in San Francisco Marina district
Franco-American Chamber of Commerce introduces 1881 Napa by JC Boisset, to its members
Orbiss, a Business Project and a Human Adventure
Naio Technologies, Robots for a Sustainable Agriculture
Rooftops in San Francisco for a brunch, a cocktail or a diner