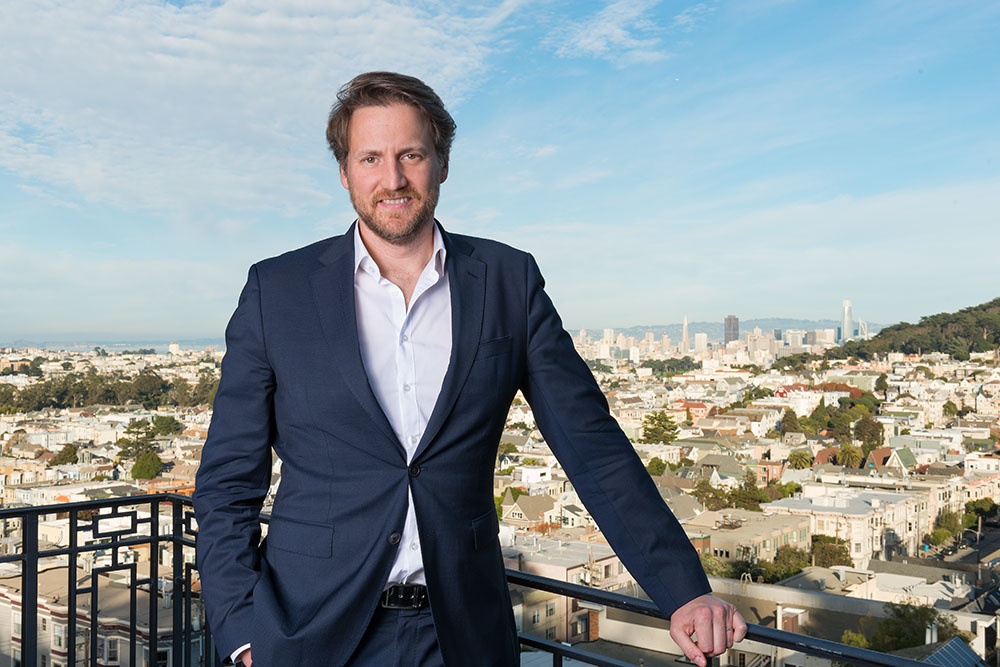 We wanted to take stock with Frédéric Jung, the Consul General of France in San Francisco, so he could talk to us about the French local community during these challenging times.

2020 had started off auspiciously with the Ambassador of France Philippe Etienne’s visit in January, but as we all know, has continued between chaos and bad news.

Onboard in the summer, Frédéric Jung was able to appreciate the difficulties that come with the first pandemic in 100 years.

Our beautiful city of San Francisco and its entire bay that has the reputation to be so open and bubbling, so outward-looking was shut-in, isolated, and frustrated.

So, we tried to get his perspective and find the reasons to hope for better days … sometime in 2021.

But even before starting our interview, Frédéric Jung wanted to stress his concern about the overall health situation in the state of California: “We’re pretty spared in San Francisco, but the numbers in the rest of the state are alarming and the contrast is strong. We also need to be vigilant about the impact of the different variants that emerge.”

He added: “The deployment of vaccination strategies by American states, including California, represent real hope. It is a light at the end of the tunnel.”

Tell us about the role of the Consulate and its direct action with the community?

Consulate officials continue to move forward. The team is very committed to serving the community even though they share the same concerns. Given their duties, and the fact that they must continue to receive the public, personnel are considered by the State of California to be essential workers.

Ironically, we issued more passports this year in San Francisco than we did in 2019.

We have literally responded to tens of thousands of calls and emails from the constituency and sometimes from elsewhere. It is stressful, but the team is holding on.

Can you give us an overview of the size of the French community, and tell us if you have seen any major changes during 2020?

We hear and see individually that people are leaving the bay to return to France or to move to other regions of the United States.

And indeed, we have identified for the entire constituency, around 1,500 requests for deletion from the register of French citizens living outside France. However, the net number remained unchanged: we are still at nearly 30,000 registrants. The variation over the last twelve months is minimal.

The reason is that many of our fellow citizens, long residents of the United States, were not necessarily concerned with renewing their passports or updating their registration with the consulate. But in 2020, between the fires and the Covid-19, many of them felt the need to get closer to France.

If we look at the figures of schools that teach French, we note in some cases a drop of 5 to 10% in the number of students. But with the French citizens who have reported to the Consulate in 2020, the results are practically neutral at this stage.

For its part, the student population is exceedingly small and VIEs are completely absent.

In the end, the number of the local French community is still estimated at around 60,000, which is twice the number entered in the register of French citizens living abroad.

Which companies, across all sectors, are doing well or not doing so well?

In a quite visible and sometimes dramatic way, it is obviously the sector of services to individuals, as well as what one calls the sector of “hospitality” including restaurants, hotels which continue to be the most affected by this crisis.

In the wine industry, the companies that have been able to quickly pivot from traditional sales to online sales are doing well. Selling online has saved a lot of businesses.

Nevertheless, the year has been hard between those who lost their wine growing operation in the fires, those who could not harvest, or those who harvested grapes spoiled by smoke … Among them, those who produce long-keeping wines will have to adapt by smoothing their sales over the next two or three years, to compensate for the lack of harvest in 2020.

Of course, Seattle area aerospace companies are struggling too. I was able to talk to several French officials in this sector.

The light comes from the Tech industry, which is doing well, even very well.

Although I cannot meet as many entrepreneurs as I would like given the context, I can see through occasional conversations but also through the regular exchange we have with the Foreign Trade Advisors, the members of the FACCSF, or the French Tech community that the sector does not encounter major concerns.

A word on scientific cooperation?

Unfortunately, university exchanges are dormant, but the work that was underway has adapted.

The partnership between the Institute for Quantitative Biosciences (QBI) of UCSF and the Institut Pasteur for example, continues very actively with the support of the Science Office of the Consulate. The two entities continue to work on issues of virology and the identification of effective molecules against the coronavirus.

What about the assistance the Consulate provides to the community in need?

I am happy to confirm that the SOS aid (Secours Occasionnel de Solidarité) which was put in place in 2020 for households financially very affected by the health crisis, is being extended until June 2021.

In 2020, 80 families have benefited from this special fund. Eligible people can report to the Consulate teams. All details are on our site.

As for scholarships, we have considered the loss of income to support families affected by the crisis. But the overall number of grant applications has remained stable compared to 2019. We have not seen a significant increase.

For the coming year, the new campaign begins. The deadline for submitting files to the Consulate is Tuesday, February 23, 2021. All the useful information can be found on our website.

I am also delighted to point out that the approved French schools in the district have been able to reopen. Closing establishments is always difficult for everyone.

And the arts in all of this? We are deprived of a “live performance”, yet this is a field that keeps moving!

Indeed, it was not obvious, but I am happy with the success of Villa San Francisco. Inaugurated at the end of the summer, the bet was risky!

We were able to adapt by inviting American artists, for lack of French artists in the short term.

The Villa San Francisco takes its place in the artistic landscape and becomes the label of Cultural Services. This year again, we will be able to take advantage of the Night of Ideas organized on January 28th in cooperation with the Public Library, SFMOMA, California Humanities and KQED.

This project is now co-piloted by the Consulate, but the local partners have really adopted the concept of the Night of Ideas. This allows to embrace a much larger audience.

I also wanted to mention the Oakland / Saint-Denis project, which continues and grows steadily, as we saw it with the discussion between the mayor of Saint-Denis and the mayor of Oakland on January 14th.

Any news for travel from the United States to France?

Absolutely. The restrictions in place remain, but as of January 18, 2021, travelers aged 11 and over wishing to travel to France from the United States must present a negative COVID PCR or LAMP test carried out 72 hours before their departure.

These people also have to agree on the honor to isolate themselves for seven days after arriving in France, then to repeat a second PCR test at the end of this seven-day period. It is essential to present the test at the time of boarding. Rapid antigen tests are no longer accepted.

These measures are of course intended to reduce the pandemic.

The United States is also strengthening its measures with the obligation for all travelers aged 2 years or over to present a negative test to be able to board to the United States.

How do you plan to maintain the link with the community in 2021?

I regretfully had to cancel a consular tour scheduled for early December in the north of the constituency. We had scheduled an economic trip, meetings with local authorities, and with the French citizens living there. The travel restrictions put in place at that time prevented us from traveling between states.

To overcome this problem of physical travel, we are going to implement new formats to facilitate dialogue with the community.

Beyond the videoconferences with the elected consular advisers of the French living abroad, with our honorary consuls or with the members of the various economic formations, I wish to multiply in the weeks to come, the direct exchanges with the French of the constituency, whether in geographic or thematic formats, via Zoom or Facebook Live. “

We suggested Bastille Day for an upcoming update with the Consul, hoping that we will be at a stage where the festivities will take place outdoor. It will be a great opportunity to get together to exchange “in the flesh” and not behind a screen.