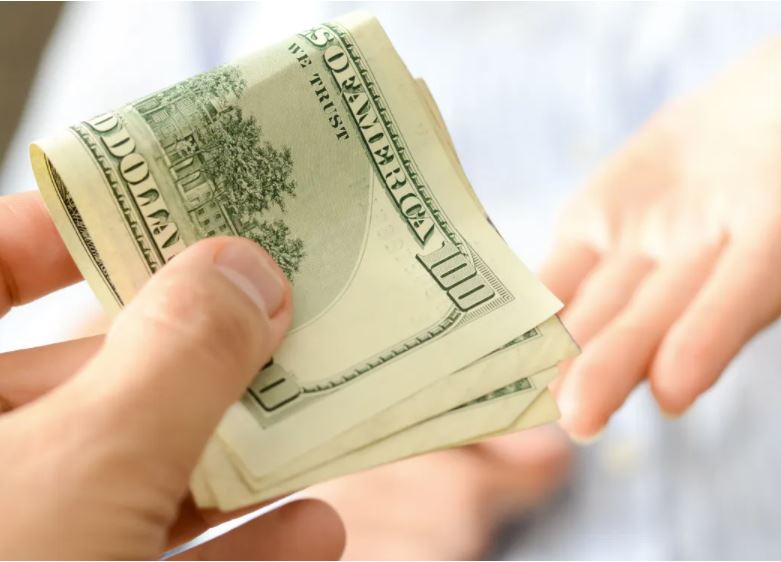 (Updated in June 2022) Sponsored content by Guillaume Decalf from www.ouifinancial.com in collaboration with Guillaume Micaulou lawyer specialized in international property issues. Every situation is different, this article was written for informational purposes only, and the opinions mentioned here do not constitute financial advice.

This article will cover the primary scenarios related to gift tax/estate rules for US residents (meaning some visa-holders, French with a green card, or US citizens).

How much can you give to, or receive from, someone here or abroad with or without filing documentation with the IRS? This article is for informational purposes only and doesn’t constitute financial advice. Please consult a professional as each situation is unique.

Scenario 2: US Resident gift to a French Resident

Please note that the tax rules regarding donations from a US resident to a French resident (whether American or not) are subject to interpretation. Notaries and accountants do not always agree on the issue. The information below is therefore given for information purposes only. To be completely sure of the tax treatment, it is strongly recommended to request a tax ruling from the French administration.

We must distinguish two cases: that is where the Franco-American tax convention of 1978 on donations (and inheritances) applies and that where it does not.

The Franco-American convention applies if the donor (the one who gives) is an American citizen or an American resident (French with a green card). If the donor has a visa, nothing is certain and it will all depend on the number of years spent in the United States.

A. The Franco-American convention does not apply.

On the US side, the rules for donations by US residents follow the rules of scenario 1.

On the French side, the donation of a sum of money from the USA will be taxable if, on the day of the donation, the recipient of the funds (the donee) is a French tax resident, and has been for at least six years in the last ten years preceding the one in which it receives the funds. If, on the other hand, the donee has been a resident of France for less than six years, then the transaction is not taxable in France.

In the event that the donation would be taxable in France, the French tax rate will then depend on the family relationship between the donor and the donee. This rate will be applied after the deduction of a “tax allowance” (the amount that can be transferred free of charge). This allowance is renewed every 15 years:

In these 3 cases, there is then the application of a progressive scale from 5% to 45% above the reduction threshold.

The French resident has in any case one month to declare the transaction and pay the donation rights via the French form 2735 (“déclaration de dons manuels et de sommes d’argent”).

B. The Franco-American convention applies

If the donation is for an amount of money, it will only be taxable in the United States (above $ 12.06M per person), according to the rules of scenario 1. Ideally, the donation should be materialized in the United States (anyway if greater than $ 16,000) with form 709 and in France by the donee (form 2735) regardless of the amount, with a letter explaining why the operation is not taxable in France.

If the donation relates to real estate located in France, it will always be taxable in France (abatement and rates mentioned above) and the intervention of a notary is required.

Scenario 3 – Donation from a French resident to an American resident

The tax treaty is in any case to apply here. It specifies that the donation of a sum of money for the benefit of a US resident is taxable in France, according to the above-mentioned abatements and rates. The French resident must then declare it (form 2735 or notarial deed).

If the donation relates to real estate located in France, it will still be taxable in France (the above-mentioned abatement and rates) and the intervention of a notary is required.

On the US side, the US resident must report the donation they received via US Form 3520 if the donation is greater than $ 100,000, but they will not pay tax on it.

Are there other cheaper ways to transmit?

Use the “family gift” (which can only relate to amount of money):

In addition to the afore-mentioned traditional allowances which depend on the family relationship, you benefit from an additional allowance of € 31,865 (also renewing every 15 years) if you are under 80 years of age on the day of the donation and if the recipient of the donation is of full age or emancipated minor on the day of the donation. This allowance can benefit your children, grandchildren or great-grandchildren, or in the absence of descendants, nephews and nieces and, in the event of the latter’s death, your grand-nephews or grand-nieces.

The declaration of a family donation of sums of money is formalized by filing Form 2735 within one month of the date of the donation.

Think of the “customary gift”! The amount must be low compared to the donor’s assets and income. According to case law, it must be less than 2.5% of the donor’s income and 2% of his estate and must be given on the occasion of a specific event (birthday, Christmas, passing an exam, etc.). It does not need to be registered.

There is also an exception for the PEL (Plan Epargne Logement) which you can contribute up to 61,200 euros for your child under 18, without this amount being considered as a donation.

Guillaume Decalf from Oui Financial – info@ouifinancial.com – After a 15-year career in Tech, including nine years in the United-States, Guillaume switched careers by obtaining his Financial Advisor’s License and starting Oui Financial, a firm specializing in financial planning and investments for French people and French-American families in the United States. He is based in San Francisco, California but serves clients throughout the US.

MerciSF is not responsible for the advice provided in this article.

The Children Directory: Where to Learn French in San Francisco Bay Area?
Finances - Choosing an Investment Strategy
Investing after getting the US resident status
Schooling your children in a French school or not ...
Mapstr, an app to broaden your horizons and share
Financing your children's studies in the US