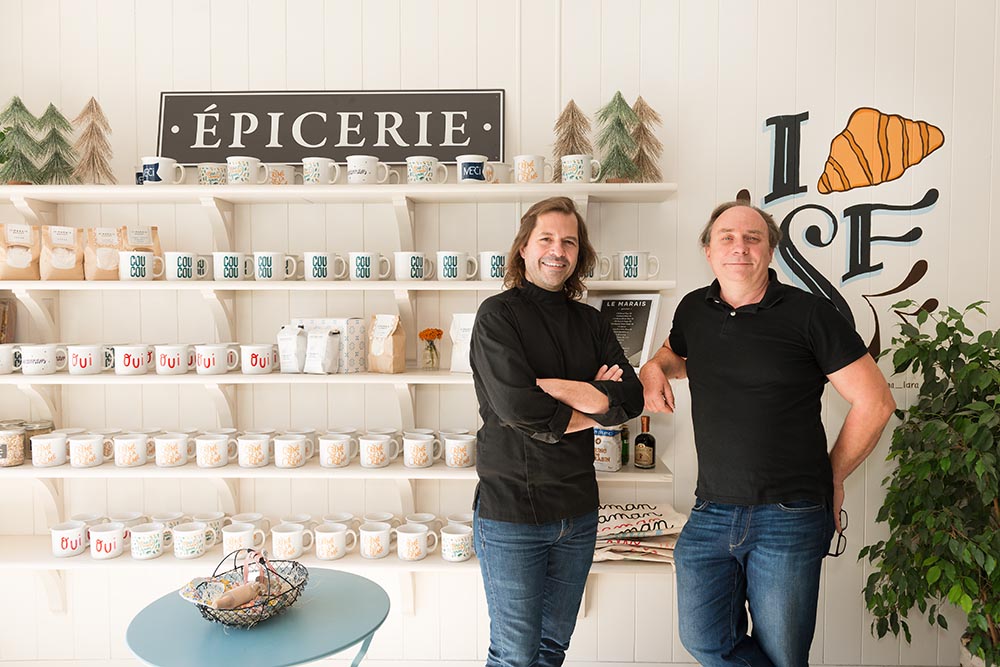 When you mention the name of Gontran Cherrier in the bakery industry, you immediately think of this young prodigy with golden fingers who succeeds in everything he touches. THE good news (God, we need some this year!) is that Cherrier has come to team up with Patrick Ascaso of Le Marais Bakery San Francisco.

This is a noteworthy marriage of globe-trotting super baker operating in Asia, Latin America, Australia, Europe, and France of course, and a local success story with Patrick Ascaso.

While asking Cherrier to describe what he intends to do by coming to settle in San Francisco, he simply replies that he is going to continue what he has always loved to do, invent great products, and continue to experiment with the mixture of French and Asian flavors. Case in point: using miso paste with rye flour, or preparing a brioche with white miso … Let’s not forget that he started in the kitchens of Alain Passard and Alain Senderens, two references in the field of gastronomy and rewarded by multiple Michelin stars.

The meeting between Ascaso and Cherrier looks so much like one of the great entrepreneurial stories which needs to be told: about 8 years ago, Ascaso was visiting Paris and was thinking about creating his first Le Marais bakery.  He came across Gontran’s very first bakery in the 18th arrondissement. He tasted the products, loved the creativity, and told himself that it will be “his model and his benchmark” for his coming project.

While Patrick Ascaso starts and develops Le Marais Bakery in San Francisco, Gontran Cherrier grows, grows and grows again… He opens 60 bakeries around the world, writes recipe books, makes television shows… brings together tens of thousands of followers on social networks. The list is impressive for this 40-year-old young man.

In less than ten years, Cherrier has become the king of the kneader in a large part of the world but he had not yet conquered the Americas. In the Fall of 2019, the idea stuck in his head and he even considered moving to Silicon Valley.

The project did not get off the ground, but he remained very interested in the San Francisco Bay area, which in his eyes offered a form of artisanal and eco-conscious gastronomy that he could not find elsewhere in the United States. 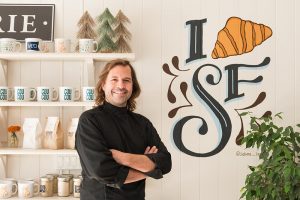 And this is where a happy coincidence intervenes: Joana Ascaso felt there might be a partnership in the making and pushed her husband to send a message on Linkedin to Gontran Cherrier. 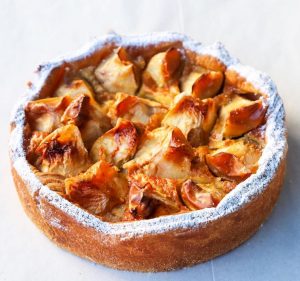 Since the beginning of the Thanksgiving week, Gontran Cherrier is at the head of Le Marais Bakery on Sutter Street where he develops his recipes, adapts to local raw materials, and prepares a selection of baked goods with flavors that instantly make salivate: apple-chestnut yuzu chausson, pumpkin flan, chocolate pepper brioche, Parisian vanilla flan… and of course an apple tarte normande; Gontran Cherrier has not denied his origins from Normandie here.

With its new baker, Le Marais Bakery will therefore not only offer a selection of seasonal pastries but also sell bread again at the Chesnut and Castro bakeries, and open a new location in Mill Valley during the second week of December…

This is just the start of the story, but it has already advanced. The two acolytes are about to open a crêperie at 1138 Sutter next to the current Le Marais Bakery.

Here is a partnership that could shape Bay Area baking, and why not head north, south, east and west.

A Tartine bakery in Inner Sunset
Feeling like French flavors for the holiday season?
Ardolé is going after the DIY cosmetics market
Win a Cut + a Color with French Hairstylist Adrien Flammier
Mapstr, an app to broaden your horizons and share
Cote Ouest, the new French Bistro in Cow Hollow