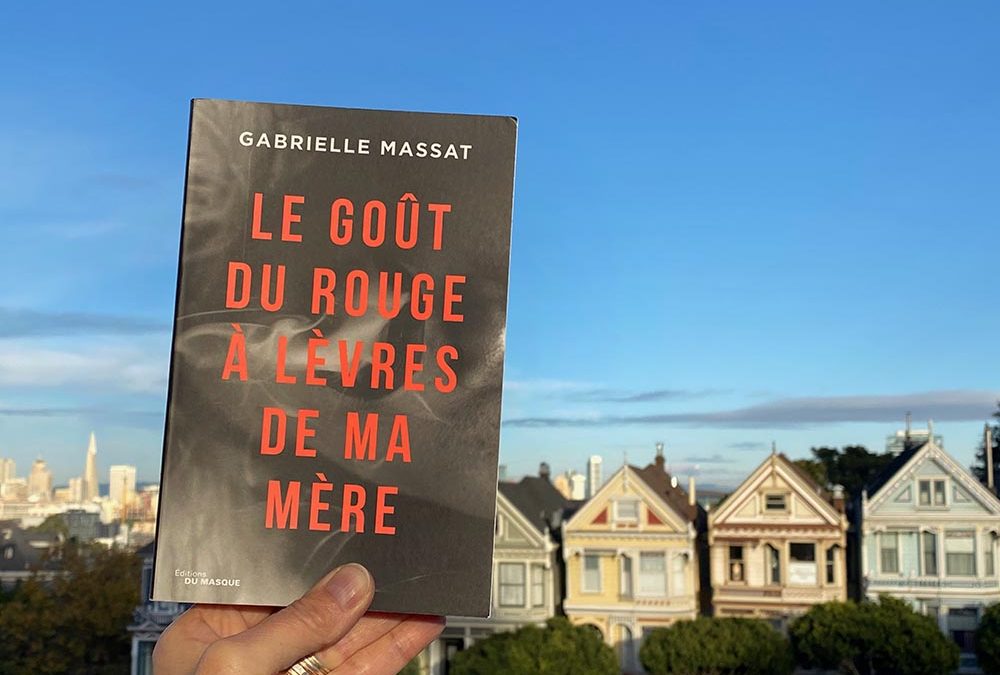 Written by a Frenchwoman, this novel keeps you going: From the Tenderloin to Pacific Heights, to the piers. And you only have to scratch the surface to find out what is going on in this beautiful city that seems so calm and peaceful from the outside.

“Le Gout du Rouge à Lèvres de ma Mère”, it’s nearly 500 pages of a meticulous investigation run by a hero who doesn’t look like a hero; Cyrus Colfer is not quite like the others … He is blind!

How can the main character search for the murderer of his mother who got killed 15 years earlier? It must be said that the beautiful Amy Colfer, pimp in the 90s, mob “gal”, was not an ordinary mother.

Cyrus Colfer left San Francisco after finding her stabbed 28 times, and never looked back on his childhood steeped in prostitution and the settling of scores. But one day, two SFPD cops came to visit him and disturbed his miserable new life in San Diego.
And now Cyrus Colfer has only one idea in mind, to find his mother’s murderer (s)!

“Le Gout du Rouge à Lèvres de ma Mère” is daring for at least two reasons: first, the decision to entrust the investigation to an out of the ordinary main character. Second, beyond writing books, the author is a physiotherapist, who never lived in San Francisco. We are impressed by how she managed to slip in so many details about the city, its streets, its geography!

The wording is straightforward and resolute in action, like its main character whose handicap doesn’t seem to slow down.

Lots of characters, intersecting stories, and sordid assassinations set the mood. Note a little slowdown in the pace towards the end of the first half, but everything starts again at 100 miles per hour after what we experienced as a little slack in the main character.

In our opinion, this is a solid book that we recommend taking in your duffel bag for the four days of Thanksgiving or the Holidays. Thrill guaranteed.

Book available IN FRENCH via online platforms, at Albertine bookstore in New York and finally on Kindle format.

French books to bring back from vacation
When Frenchery Expands Its Reach Thanks to Instacart
French Cinema: Lost Illusions by Xavier Giannoli (EN Subtitles)
Fabrique Delices to satisfy your cravings for bistro cuisine
How to get Foie Gras in California in 2022?
The Beacon Grand Hotel reopens with a French Twist