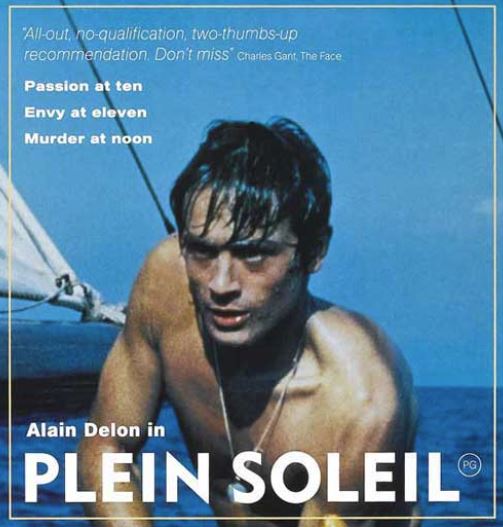 Purple Noon is a 1960 crime thriller film directed by René Clément, loosely based on the 1955 novel The Talented Mr. Ripley by Patricia Highsmith. The film stars Alain Delon in his first major film, along with Maurice Ronet and Marie Laforêt ; Billy Kearns plays Greenleaf’s friend Freddy Miles, and Romy Schneider appears briefly in an uncredited role as Freddie Miles’ companion.

Tom Ripley (Alain Delon) travels to Italy to visit his playboy friend Phillippe Greenleaf (Maurice Ronet) and Phillippe’s new fiancée, Marge Duval (Marie Laforêt). What Phillippe doesn’t know is that his father has paid Tom to convince his son to abandon Europe and return to his family responsibilities in San Francisco. But when Phillippe’s family cuts off their funding of Tom’s extravagant lifestyle during his covert mission, he discovers another way to maintain his newfound standard of living.