Oakland Saint-Denis Project: a Book and a Documentary 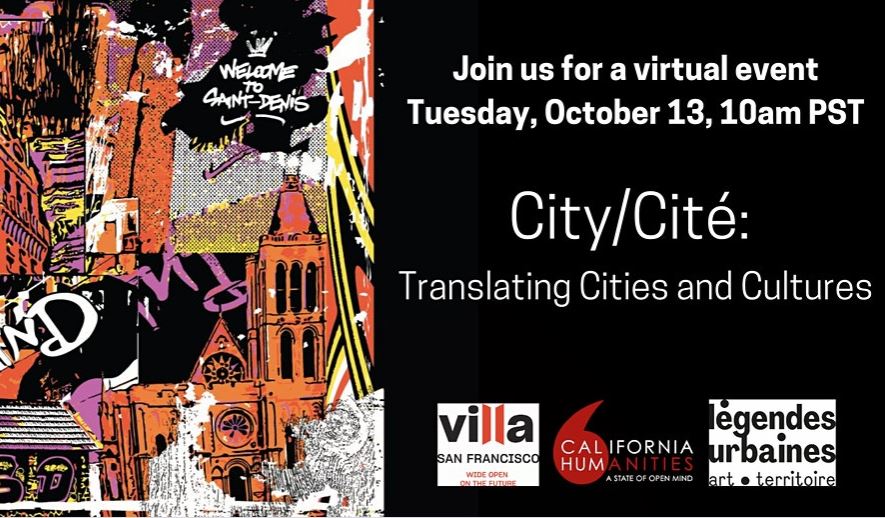 Started in 2018, the Oakland / Saint-Denis project invites us to look differently at urban landscapes that are transformed, at cities that change. It is also the exploration of how large metropoles, urban planners, institutions, and above all artists wish to look at the city from a different angle by including their particular perspective.

This project is also a collaborative dialogue between two cultures – French and American, and its instigators have brought together their latest findings in a publication entitled Translating Cities and Cultures introduced by La Villa San Francisco and Légendes Urbaines.

Based on two learning expeditions in 2019, this bilingual book advocates two ideas: first to reaffirm the central role of culture in the making of our cities (to better meet the community needs, and create a city narrative) and second, to resist real estate pressure through joint public and private forces that will protect and reclaim cultural places. This is a collective and enthusiastic call to action for both public and private city stakeholders to embrace the best practices presented in this book and scale them up.

Translate Cities and Cultures follows the documentary Empowering Culture in Our Cities, produced by California Humanities and directed by Camille Servan-Schreiber.

Parallel to this first “Conversation” which celebrates the publication’s release, artistic performances will take place in the public space including SPACES created by Kaimera Productions (from October 9 to 17, 2020 in Saint-Denis) and a series of public conversations inviting artists, real estate developers, town planners, cultural and town planning directors from different cities to broaden the debate.

The project will also be presented at the National Humanities Conference on November 12, 2020.

Initiated at the end of 2018, the international cooperation Oakland / Saint-Denis is a project of the Cultural Services of the Embassy of France in the United States and of the Villa San Francisco with California Humanities, the French American Cultural Society, the French Institute, and in collaboration with Légendes Urbaines. More information and a list of partners here: www.oaklandsaintdenis.org.