FACCSF, two co-presidents on a mission 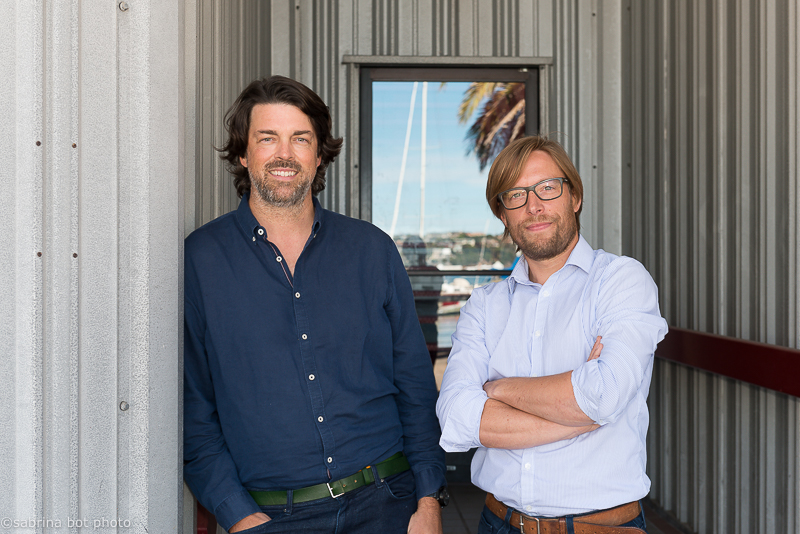 The French-American Chamber of Commerce of San Francisco (FACCSF) elected two co-presidents in mid-September. This is an unusual configuration for this institution active in San Francisco Bay for 40 years.

François Gros and Ludovic Ulrich made themselves available to answer a few questions about their background and their vision for the FACCSF.

And from the start of the conversation, we understood why the members of the FACCSF voted for this dynamic duo!

Ludovic Ulrich has spent a large part of his professional career in very large tech companies (Microsoft, Salesforce…) and knows the functioning of the Chamber of Commerce through the sponsorship provided by Salesforce to the FACCSF.

François Gros comes from a much more traditional small-medium enterprise in the wine world and used the services of the FACCSF to set up the business in Napa Valley.

Without hesitation, François Gros declares “the FACCSF allowed me to understand the rules, the constraints to doing business locally. Coming in 2015, it was decisive for someone like me who had zero knowledge of American culture. For the past five years, the FACCSF has supported me in my legal, financial, and sometimes even commercial approaches while the company’s income has increased from $ 26 to $ 105 million. So for me, taking on this role of co-chair is a form of giving back for what the FACCSF community has given me.

The members of the FACCSF highlighted the fact that one cannot duplicate a business between France and the United States. It must be adapted ”.

For his part, Ludovic Ulrich currently running partnerships at ClipChamp a start-up focused on the video editing market, got to know the FACC of San Francisco after being a member of the Chamber in Seattle, and admits having learned to work with the Chamber of Commerce by becoming a “benefactor” partner. For example when the FACCSF organized “learning expeditions” in 2019, and thanks to his network, Ludovic was able to connect managers of large companies to entrepreneurs from France. “It is important for companies wishing to set up in the United States to validate a certain number of elements of their go-to-market before taking the plunge.”

What could be better than speaking with local leaders who have a vision of the market, and who are at the heart of local issues”.

Looking to the coming months, these newly elected co-presidents of the FACCSF intend to work together to have a lasting impact on their community.

They want to pursue the digital transformation of pre-COVID events. They are not to be convinced of the effectiveness of live events for their spontaneous and friendly aspect, but ultimately this forced switch to the digital format was a good thing: John T Chambers, the former CEO of Cisco was our guest speaker earlier this month. He would have not necessarily come to speak to the Franco-American community, while with the flexibility of the online format, he spent an hour sharing his vision of the business with more than 100 participants.

The same goes for wine expert Michel Rolland; the online format enabled dozens of people from around the world to follow the event that took place in May.

Digital technology allows the FACCSF to increase its influence whether in the fields of mobility, aerospace, biotech, medtech, food… outside the San Francisco Bay area, and to better share information, to bring a more global vision to all.

The learning expeditions are also changing form. As this program in its face-to-face format is impossible to implement currently, the FACCSF offers a 100% online program called “The Business Booster”. For ten days, companies that have not yet established themselves in the United States will be able to clear upstream legal, accounting, tax questions … The FACCSF here serves as a bridge between the two continents and fully fulfills its role of helping companies of all sizes.

The FACCSF is also there to help in case of hardship. “When there is a problem in an industry, we bring the members together and try to find a solution. Two years ago, we gave 50% of our fundraiser gala profit to fire victims. This year, we are talking about what can be done for the restaurant industry which is in great difficulty at the moment ”.

François and Ludovic are focusing on diversity too. The FACCSF is not a boy’s club for old men. The board counts six new members this year, and four of them are women who represent the wine, the food, and the mobility industries.

Finally, an initiative that we found very interesting through the foothold of François Gros in the wine industry: to create bridges between the French-American Chamber of Commerce in San Francisco and local Chambers of Commerce in France. The idea is to set up very targeted and very concrete partnerships because, at the end of the day, the purpose of the FACCSF is to help develop the business of its members. An initiative that should materialize with Bordeaux region soon.

To conclude, the co-chairs, who already speak with one voice, consider that

“Our role is also to evangelize the French community to local industry. We are “French-American” not Franco-French centric. We are proud of belonging to the French community of the bay, but we also want to be inclusive with the American community. We live in the United States after all. We have to integrate ”.

Remember that the FACCSF is a non-profit organization and that all the efforts that its members make for the community are pro bono. The FACCSF only works with fundraising campaigns, including the famous La Soirée which usually takes place in November … COVID having been there, we are impatient to see how the team will reinvent itself for this event. It will be important for each of us to support the Chamber.

Don't touch my wall! The basques motto in San Francisco
bunny.money, when Fintech encourages savings and non-profit transparency
Awesome Gifts by Decathlon and Guinot Spa for the French Team Fans! Vote Now!
Work Authorization, Dependent of E and L1 Visas
Interview - Sophie Calle sharing about exhibition "Because" at Fraenkel Gallery
The Art of Burning Man at OMCA in Oakland