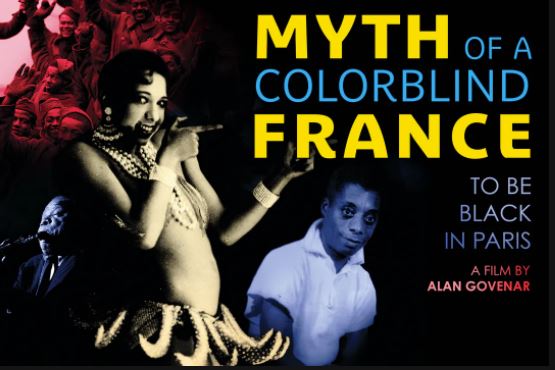 Myth of a colorblind France – For more than a century, Black artists, authors, musicians, and others have traveled to Paris to liberate themselves from the racism of the United States. What made these artistic innovators choose France? Why were the French fascinated by the newcomers? And to what extent was and is France truly colorblind?

Myth of a Colorblind France is not yet released in France – The film is in English and French with English subtitles.
Director: Alan Govenar (France 2020).

Available in streaming through the Rafael Smith Center – Tickets here