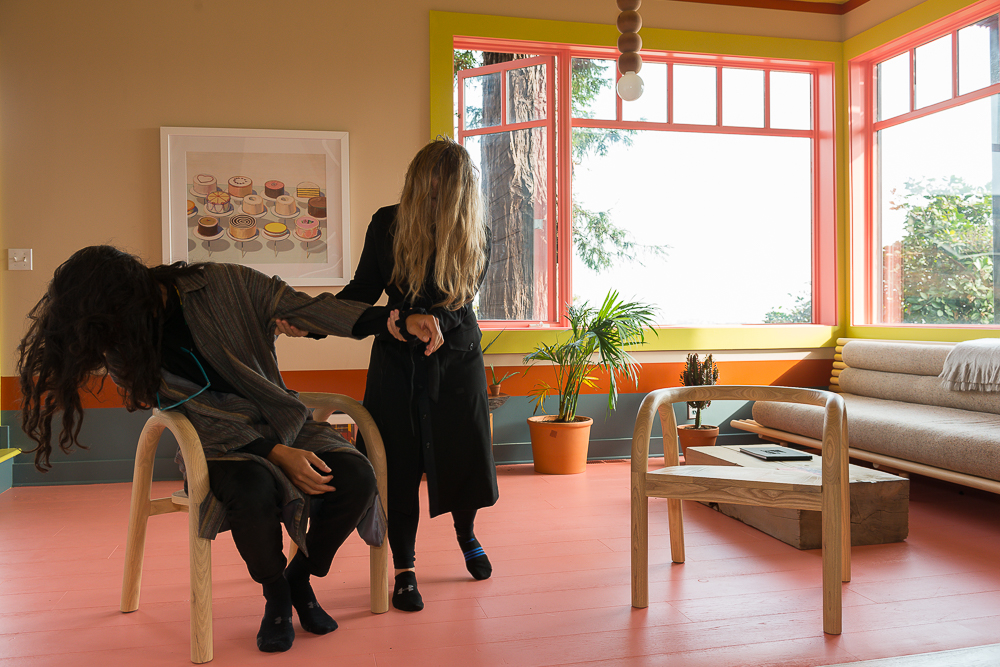 The series invites local artists to create, produce, and engage with the audience through e-events.

Villa San Francisco is currently hosting a highly intriguing pair of artists collaborating under the name ALEXANDMUSHI. There is no typo here or a missing blank between their names. They are Alex and Mushi but they are working in such a symbiosis that one word says it all.

And it’s hard to put them in a category. Photographers, performers, conceptual artists. They do it all and keep on exploring many disciplines in parallel.

Alex and Mushi spent only two weeks of residency at Villa San Francisco, and they didn’t resist exploring three of their favorite disciplines: performance involving their own bodies, collaborative writing exercise, and dialogue with another duo of artists.

The driver of all their various forms of art is definitely dialogue. “We are in conversation all the time” says Alex. Dialogue happening between bodies, words on a sheet of paper, dialogue with, or without verbal conversation;  “never stop exchanging” seems to be their motto.

Their work is spot on with the Villa San Francisco charter that is “to engage artists and communities in a dialogue wide-open on the future”.

They met by chance in 2015 while Mushi was doing a residency in Sausalito and Alex working on a project after being kick-out of her San Francisco studio.

Alex was so upset about the lack of an affordable studio, she decided to set up her camera on sidewalks. She created the “portable studio” concept that she shifted to different cities sidewalks around the world. The goal was to take pictures and footage of people who would “dialogue” in this portable white box for a few minutes but without talking or touching each other.

Mushi found the project so much in line with his own artistic research, that they decided to do it together.

Alex and Mushi are both intrigued, maybe even obsessed, by the dialogue in all its shape, and the body dialogue in particular.

And it’s soon after that the idea of their “chair conversations” launched.

One is sitting in a chair, and the other moves its partner’s body according to his/her willingness. Check the video below, it’s really puzzling.

Among other things, this project highlights an incredible level of trust between Alex and Mushi. And the most surprising is that it is not choreographed… This is totally improvised. It could even be assimilated into a meditation session for each of them.

One last thing about their work is their desire to document what they are doing by writing about it. For the last five years, they both journal about what they feel during the session of the “chair”. But during all those years of practice and performances, they never shared their journal with each other. It will happen one day and they will see how their thoughts change over time. Do they understand each other better now than five or three years ago?

A few “snapshots” from Alex and Mushi… 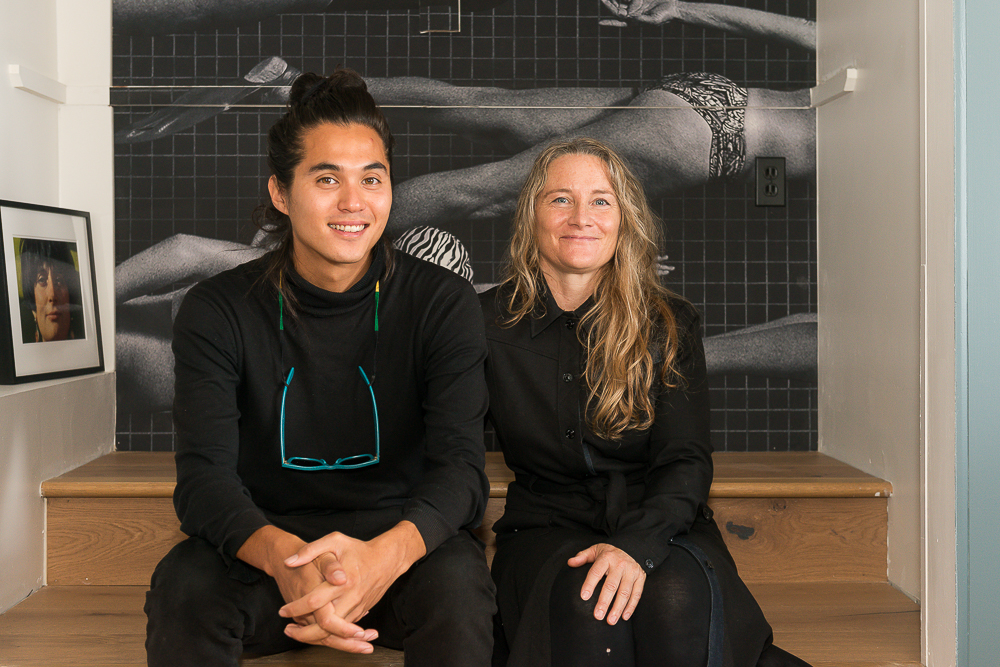 How did you live the COVID lockdown?

“At first, we couldn’t see each other. It turned us back to one of our earlier projects when one of us was in San Francisco and the other in Seoul. Back then, we had a project called “still conversations” where Mushi would take a photograph of himself in his chair and I would copy that position in San Francisco.

During two months of COVID, we invited the public to do the same through Instagram and copy each other’s position. If you see me in my chair and copy my position, you are inhabiting my body for a minute. That is a very nice way to be present with your own body and to be with somebody in thought”.

“Everybody has to rethink how they will re–engage with people because they need human contacts. We want to make our art participative, we want to interact with people. We are working on a website open to the world where people could participate from around the world.

Alex: “Thanks to the tree right in front of the window, I feel like in a birds nest”
Mushi: “It’s both a vibrant and very restful environment”.

How are you connected to France?

“We have been introduced to Villa San Francisco by the gallery re-riddle. We are doing another collaborative work with two French artists, Martinet and Texereau. They are currently based in Paris and we want to start a conversation with them about their collaborative work. They are drawing together on the same sheet of paper. We are trying to explore how to build the bridge of collaboration, merge two identities into one”.

Top of your mind, who is your favorite artist right now?

Ten curated hikes in the bay area
Exclusive: 1 week at Club Med Punta Cana for 1,735$ with air
Bastille Day in San Francisco - a long tradition
Thanksgiving - 4 Exclusive Dessert Recipes
Happy Birthday French Bee... but where do you stand in the low-cost category?
836M Gallery presents a photo exhibition in person!!