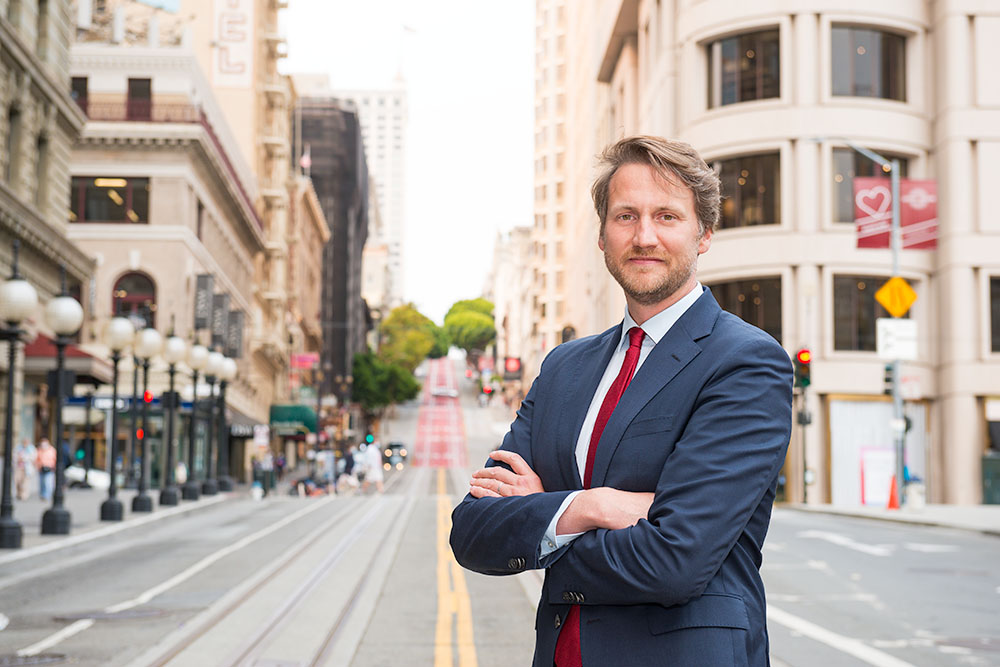 Welcome to Frédéric Jung, the new Consul General of France in San Francisco.

In the current circumstances, the French community is turning to its Consulate with many legitimate questions. Consequently, we decided to look for practical answers by interviewing, Frédéric Jung the freshly-appointed Consul General of France in San Francisco.

But before talking about his new job, we asked him why he chose San Francisco…

I already had an American experience as I was an adviser-negotiator at the French Mission to the United Nations. I had spent five years in New York. During this period, I even met the one who became my wife.

And after having spent multiple years in Paris, I wanted to project myself again into the reality of diplomacy. Thus, I will now have the privilege of taking up my American experience while working with the local community.

My arrival in the city mid-August was a shock. Looking back, we know that this was the time when the epidemic was at its peak. We quickly felt the weight of something that had happened in this city even if we had not experienced it directly.

You’ve been in the Bay Area for nearly a month now, what are your two main priorities for the next twelve months?

Normally in a consulate, a well-oiled team takes care of the consular tasks, and it’s not the focal point of the Consul General.

But in the current context of COVID, the travel rules in force, and the management of exemptions, the staff of the consulate is running at full speed. We face an incredibly large number of information and exemptions requests.

Those requests can be itemized into two categories:

Currently, the consulate receives about a hundred requests per day via email or phone related to these topics.

I would like to highlight that the social situation of some of our citizens is worrisome in the current context. Concretely, we are talking about the scholarship campaign. There are always two sessions per year, one in the Spring and one in September. But this year, the Fall session is not just about new families who arrived during the Summer. We will also examine the situation of families who were already living in the region but whose financial situation has changed during the summer because of the COVID crisis.

The consulate also provides occasional social assistance to French families in difficulty. It’s important to highlight that the budget allocated to this specific assistance, has been revised and increased.

My second major focus is of course the local economy, specifically Tech, wine… It’s a subject that is close to my heart and where I want to invest significant time. But the current circumstances do not favor physical encounters with the various players. I’ll have to adapt to move forward on this topic. Be assured, I am already in contact with the FACCSF, Business France, our Conseillers du Commerce Extérieur, and La French Tech San Francisco…

Since this Summer, have you noticed an evolution in the size of the French community?

At this stage, it is unclear whether the size of the community in the bay is changing. We see people leaving, but at the same time, we also see some French people who have been living in the bay for a long time, registering with the Consulate in their quality of “Français établis hors de France”, and even renewing their obsolete passport. The gauge is still around 30,000 French citizens officially registered with the consulate.

Travel restrictions have had an impact on the arrival of new French citizens?

Even while excluding tourists who can not travel from the Schengen area, a lot of people like VIEs or interns cannot come as usual… But we have succeeded in negotiating exemptions for people such as researchers and teachers under J1 visas.

What message would you like to send to the community?

I sincerely hope that we can get through this crisis to find the human within each of us and that he/she can project himself/herself into the future. It will be important to relearn how to live in a new normal with projects. I hope to bring some fresh blood and optimism.

Where can we expect to meet you on the weekends?

We fully intend to take advantage of the outdoor life that the region offers and to share it with our daughters. Personally, I love swimming, mountain biking, and snowboarding. The region shouldn’t make it too difficult to meet our family expectations.

Leverage San Francisco Public Transportation Network
French Citizen Relatives: How to Claim your Official French Health Pass
#3 - Selection of French Books for Pre-Teens from 6th to 8th Grade
Has Artificial Intelligence reached a milestone with ChatGPT?
Julie Gayet, a woman of conviction, focused on action
Prepare Easter meal or get it delivered?