Seven Bridges, One Kayak, One Day with Cyril Derreumaux 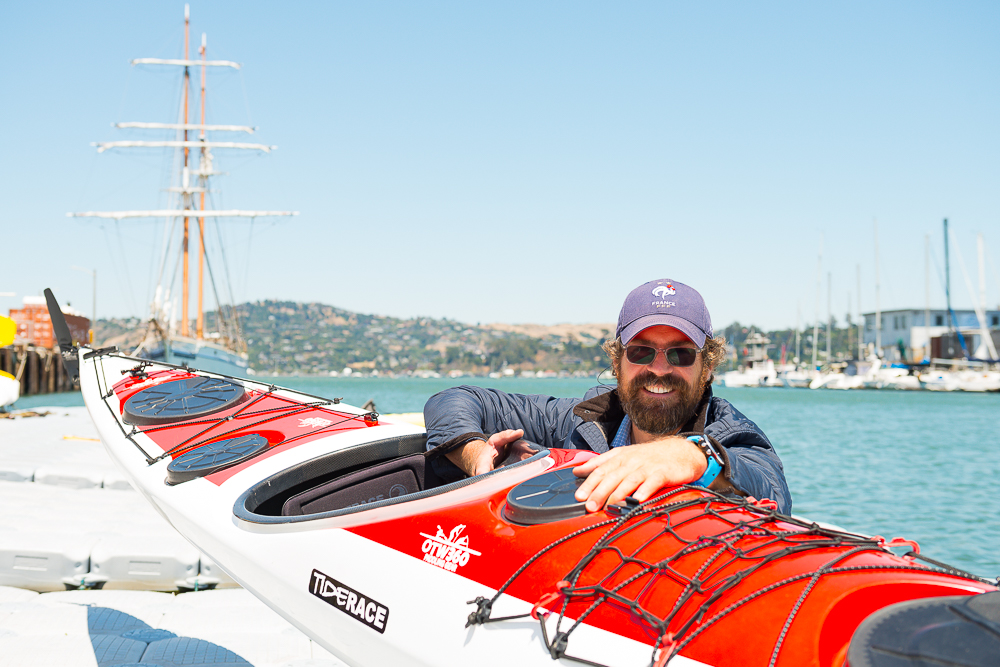 Cyril Derreumaux: you may have recently read his name and the story of his journey in the SF Chronicle, telling his solo descent, by kayak of the Sacramento River: 350 miles, in 9 days!

12 years ago Cyril, a French entrepreneur,  arrived in the Bay Area and started practicing the outrigged canoe as a hobby. Between work and family, he got really caught in the game, then from one race to another, he ended up on an expedition with 3 teammates navigating  the Pacific from Monterrey to Oahu, Hawaii setting a new record in June 2016 (39 days and 9 hours).

After canoeing and rowing, over time he specialized in kayaking and was about to embark on a very special solo journey crossing from Monterey to Hawaii on May 31, 2020 but because of Covid this race is postponed to June 2021. We will talk about it again later in the year (in the meantime you will find more information on this project here)

This cancellation left him with a heavy heart and stranded on land, so he decided to go down the Sacramento River and symbolically left the day he should have left for Hawaii! 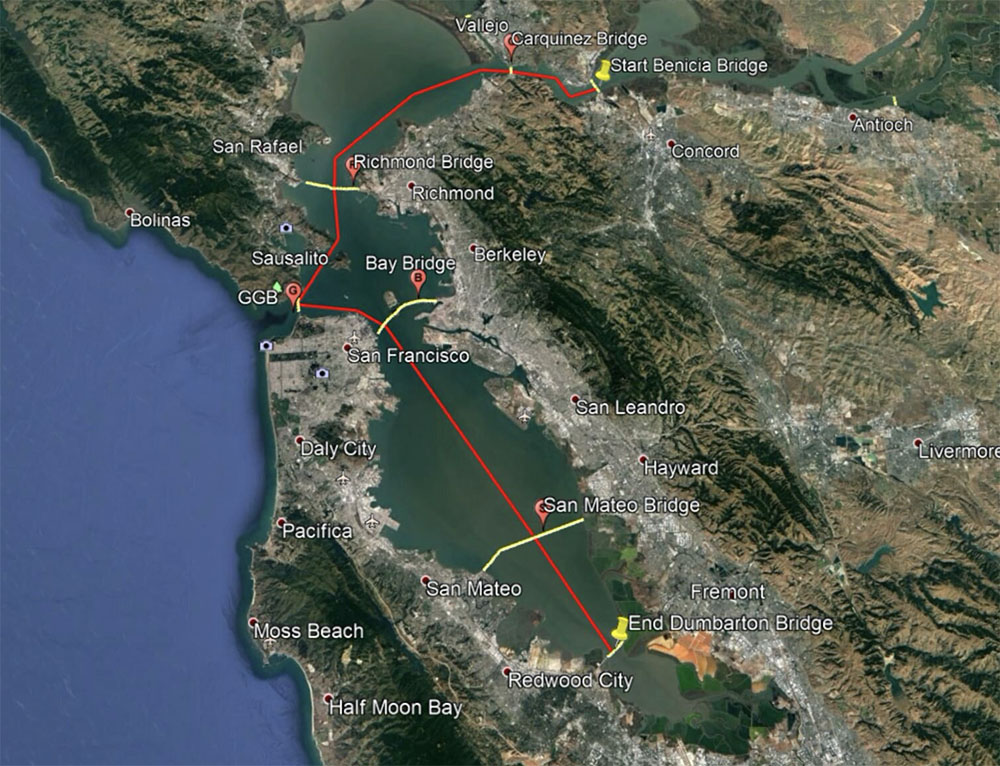 Then, barely back, he set out on a one-day project and it was on the eve of his imminent new kayak departure that we met him. Cyril is about to cross 7 bridges in the Bay, on June 25, from Benicia to Dumbarton. It is a one-day route when, starting at 6 am, he will benefit from the currents and tides of the Bay to complete his journey in 10 or 12 hours depending on the winds. His personal challenge though is to try and beat the established record which is 10:40. Follow him on his website thanks to his tracker which will be updated every 10 minutes. His passage in front of Pier 39 should be around noon.

Inevitably, after having prepared intensively to spend 70 days alone on the Pacific, this challenge of the 7 bridges is for him rather an amusement. It is also, as he likes to say, knowing how to be content with simple pleasures. This passionate  “go-getter” is addicted to happiness, and he has discovered through his career, that his happiness is both surpassing himself and the simple pleasures of life such as watching birds, have a drink with friends, hug those we love on the return from a long expedition … He also likes to boast the famous “American Dream” which, he says, made  many of his projects possible. He hopes through his stories to inspire more than one to follow through on their passion. He is available for talks and presentations about his expeditions and the various aspects of them from preparation ( mental, physical, design etc…) to the environmental dimension.

The Mill Valley Film Festival (MVFF45) presents +10 French movies!
Investing after getting the US resident status
Zalta: New French Restaurant in Sausalito
Call for action: Marco from Little Baobab needs desserts
Our selection for Father's Day - June 21st 2020
The Summit of the Gods, from Popular Manga to Animated Film