One65 – Chef Le Tohic bends but does not break 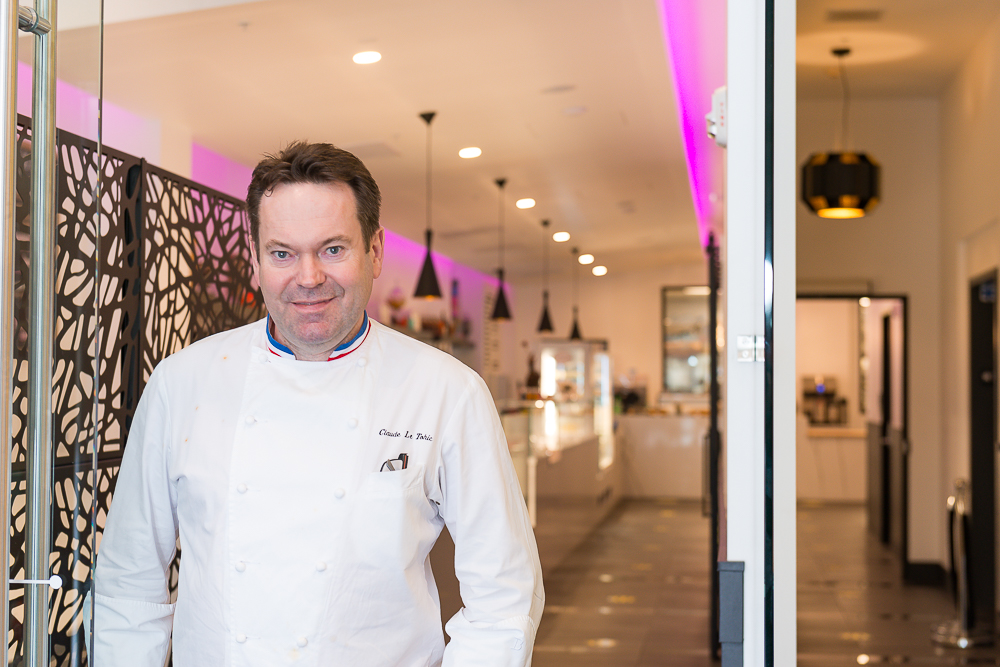 In just a year, One65 (for 165 O’Farrell St) by chef Le Tohic has established itself as one of the benchmarks in San Francisco gastronomic landscape with a “je ne sais quoi”.

From French patisserie to gourmet restaurant with chef’s table, a whole world has developed in the heart of the city, from June 2019.

According to chef Claude Le Tohic, the beginnings were not easy… starting a business like One65 requires a break-in period. But with the Fall and the convention season at Moscone, the indicators went green. And the holidays season was a success.

Everything was going pretty well for the team until February when the Covid-19 epidemic began to dampen international tourism. And with shelter in place, it was an emergency return to the airstrip.

Claude Le Tohic explains that “all of this had dramatic consequences”.

He explains “First of all, we had to fire the vast majority of the teams overnight without even saying goodbye … and from that moment on, we only stayed three people.

Yet supported by the Alexander SteakHouse group our financial partner, we did not want to close, we wanted to continue taking care of our local customers.

The time to organize, put together an adequate offer, adapt the website, we quickly rolled up sleeves and turned the business to take-out. As this is not our core business, we tested different offers before finding a formula that pleased our customers. It had at least the advantage of stimulating our creativity!

The objective was not to make a profit from the take-out sale but to keep the engine running.  Keep the kitchens open while not sacrificing food reserves … One way to limit the damage!

Fortunately, the pastry shop reopened on May 26th and life returned to the ground floor of the building. Of three employees at the end of March, we re-hired six to restart the pastry shop. The protests in the city center and the curfew made everything falter again but we remain confident. We look forward to continuing to serve our customers”.

In four words, Chef Claude Le Tohic does not give up.

He shared with us the main dish of the take-away lunch / brunch menu for Father’s Day which he had just finalized… It will be a “Surf & Turf” with half grilled lobster, a filet of beef accompanied with asparagus, a poached egg and a brioche. Dads should enjoy …

We hope One65 to be able to get back on the runway and the whole crew to take off as soon as possible.

Volunteer! Give your time for a child's smile...
Do you have those two really important insurances?
Loft Orbital, a start-up that launches "space as-a-service"
Podcast in French with Berkeley Seismologist Barbara Romanowicz
Preparing your retirement in the US
Sabine de Maussion, Attached to Culture but not Exclusively…