French movie – La Haine is on Amazon Prime US 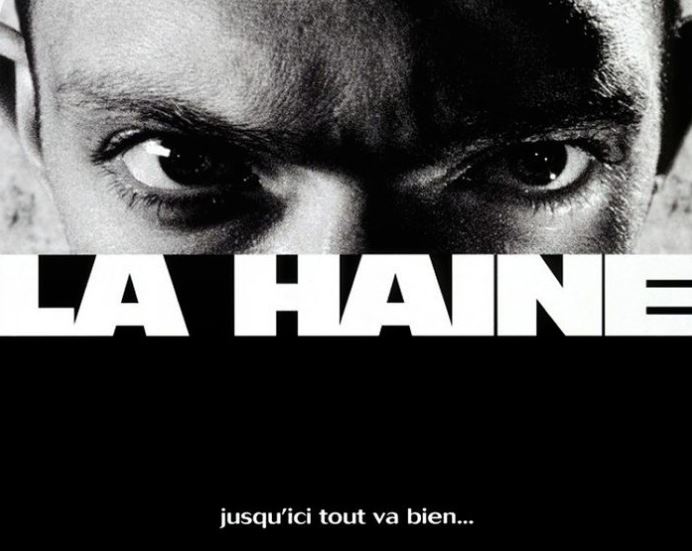 “The problem is not the fall, it is the landing” and these days we never stop landing … So we felt that watching the movie La Haine again would be a good idea. La Haine (Hate) turned 25 this year on May 31st. It will be screening again in France from August 2020, then it will be adapted into a musical show (no date yet, think hip-hop, rap etc…) !!

In the meantime, the movie is available in streaming on Amazon prime US in French with English subtitles to share with American friends.

This cult movie of French cinema won Best director award in Cannes in 1995, then Cesar for Best Movie in 1996.

Directed by Matthieu Kassovitz in 1995, the movie La Haine was inspired by the case of Makomé M’Bolowé, a young Zairian murdered in 1993 by a police officer, and also by the death of Malik Oussekine in 1986 in student demonstrations.

This is the story of Vinz, Hubert and Said, three young people from the suburbs. The film follows their daily adventures, their life in the projects and the back and forth to Paris, in a context of riots and police brutality …

Our Netflix selection of French movies - January 2021
Discover Sonoma for its hikes, for its history, for the fun!
All hands on deck! Emily is back in Paris
Movie - Paris, 13th District by Jacques Audiard (EN subtibles)
Glyph, the New French Salon in the Heart of San Francisco
Stern Grove Festival San Francisco, a must go!