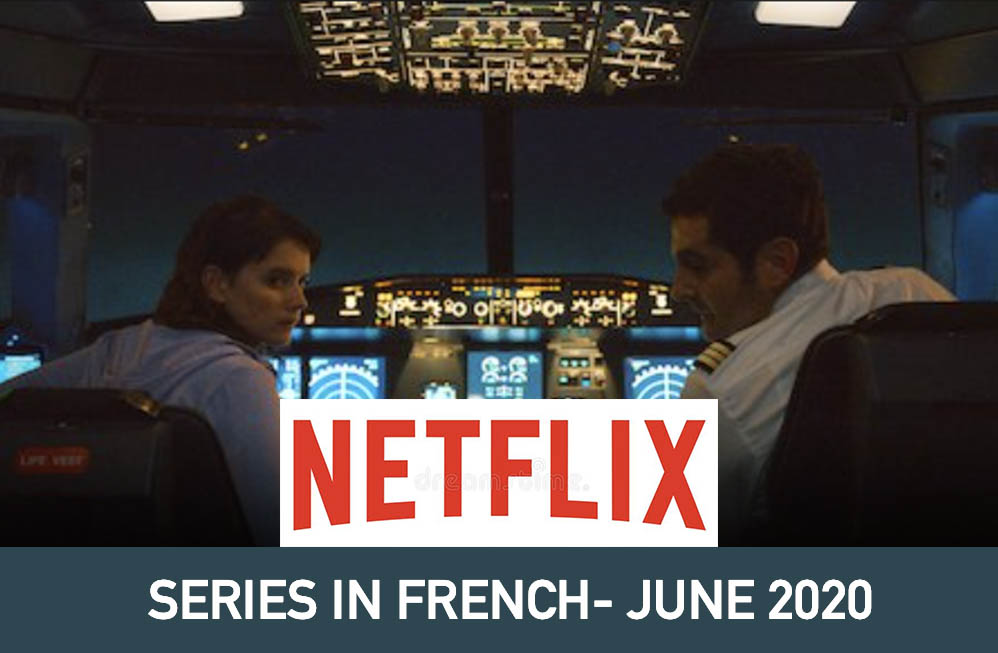 Ad vitam (2018) Sci-Fi – In an age of medical technology that allows people to live forever young, a cop and a rebellious 20-something investigate a mass suicide of seven teenagers.

Grizzy and the Lemmings  (2015) – Animated Series for kids – Set in the distant future, an 7-feet tall grizzly bear named Grizzy, has broken into a park ranger’s home, finding himself contending with a group of trouble-making lemmings in a forest in Canada. In the cabin he does not do anything except sleeping on Sofa , watching TV or eating.

Inhuman Ressources (aka Derapages) – Alain Delambre (Eric Cantona), unemployed and 57 is lured by an attractive job opening. But things get ugly when he realizes he is a pawn in a cruel corporate game.

* Into the night (2020) – a Belgian series – When the sun starts to kill everything in its path, a plane full of passengers must travel at night in an attempt to escape its destructive power and find some place safe.

Islands of the Future (2014) – An intriguing documentary series on how the islands off the coast of Spain, Scotland and other European countries are creating their own solutions to the world’s energy crisis.

November 13 – Attack on Paris (2018) Documentary Series – Filmmakers Jules and Gédéon Naudet direct this three-part documentary that explores the human stories behind the Paris terrorist attacks of Nov. 13, 2015. “November 13” follows the chronology of the events, sharing testimony of people who were brought together by tragedy — from survivors to first responders and the leaders of the French government. Among the stories told are those of concertgoers at the packed Bataclan theater who sought refuge when caught in a harrowing scene. Following the attacks, the city comes together.

* Station horizon (2015) – a Swiss series – Joris leaves prison looking for a new start and unexpectedly finds hope in his old hometown, Horizonville. Returning to the American-style town in Switzerland he decides to work at his late father’s business, causing tension in the town.

The Frozen Dead (2017) – A dark mystery stirs a small town in the French Pyrenees, after a group of workers discover a headless body of a horse. Commandant Martin Servaz dives into the investigation and begins to unravel a dark story with years of history.

Transfers (2017) Series – Five years after drowning in a boating accident, ordinary man Florian Bassot wakes up in policeman Sylvain Bernard’s body, with scientists having found a way to transfer his consciousness. This sci-fi serieS won the International Press Jury Award for Best Actor and Best French-Language Series at the Series Mania

* Twice upon a Time (2019) – a mini series by Guillaume Nicloux – Vincent Dauda, still reeling from a breakup, receives a package with mysterious properties that could give him a chance to win back his ex, Louise. Casting Gaspard Ulliel.

* Vampires (2020) – A Paris teen who’s half human, half vampire grapples with her emerging powers and family turmoil as she’s pursued by a secret vampire community. By Benjamin Dupas and Isaure Pisani-Ferry.