The Golden Gate Park owes a little to French soil… 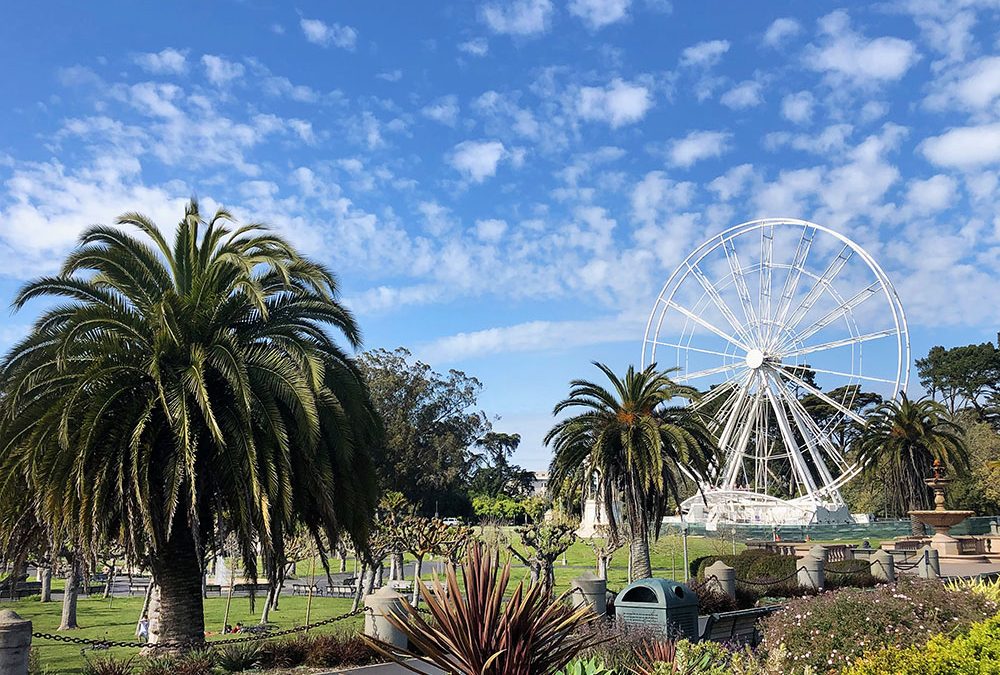 Golden Gate Park is celebrating its 150th anniversary this year, and you may not know it, but there are some French roots in those 1000+ acres!

This magnificent park, whose project started in 1870, was nothing more than some wind-swept sand dunes; kind of no man’s land far away from the bustling center of San Francisco.

The city’s population had tripled between 1860 and 1870 and already numbered 150,000. The gold rush had come and gone, and the city fathers wanted a park that reflected its prosperity and its position as the 10th most populous city in the United States. 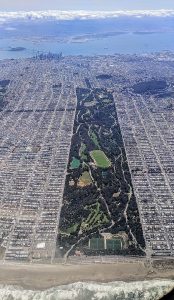 Golden Gate Park looks like Central Park in New York but is 20% larger. Rectangular in shape, It is over three miles long, and about half a mile wide.

The project was entrusted to superintendent William Hammond Hall. He was an engineer in the Navy and so he had the opportunity to observe the dune landscapes …

He then hired a Scottish horticulturist by the name of John McLaren to transform these barren dunes. Step one, plant lots and lots of trees to stabilize the dunes that covered three-quarters of the park.

McLaren cultivated grass seeds from France for two years to transform these sand dunes into a green landscape. One really could say Golden Gate Park has French roots.

After this success, McLaren was able to introduce new plant species and is reputed to have added more than 700 new types of trees to the park in the space of a year.

For the record, this incredible horticulturalist was appointed in 1887 and “reigned” over the park for 53 years, even living in a building at the corner of Fell and Stanyan.

Among the notable flower areas of the Golden Gate Park, it’s worth mentioning the Shakespeare Garden, the Rose Garden, the Japanese Tea Garden, the Queen Wilhelmina Garden and its two windmills … and also the famous Conservatory of Flowers opened in 1879 and the botanical garden that regroups no less than 9,000 types of plants from around the world.

In case you have not discovered them yet, you will be able to see bisons in a paddock created just for them in 1891. A second French wink… the first female bison introduced in this park answered to the sweet name of Sarah Bernhardt!

During your walks, you will also discover storks in their nest and dozens of turtles on Strow Lake, or a gigantic cross 18 meters high, offered by the Church of England perched on the highest hill in the park.

And if you bring children, note that the Koret playground close to the merry go round, was the first public playground in the United States!

And do locals and visitors appreciate such natural beautify?  Each year the Golden Gate Park welcomes no less than 25 million visitors! Not bad for a city that counts less than a million inhabitants. It must be said that the de Young Museum, and the California Academy of Sciences also have something to do with it.

And to finish on a very French touch… we would like to mention the Beach Chalet, a Spanish-inspired building at end of the park that faces the Breakers.

Beyond having lunch on the top floor while admiring the ocean or having a beer from their micro brewery, take a minute and stop on the ground floor! This is the Golden Gate Park visitor center. 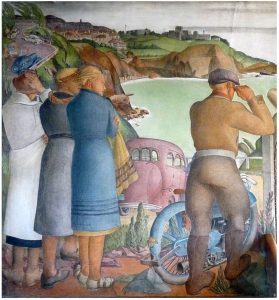 Take a close look at the murals that run on the back wall and on the stairs… They represent scenes from life in San Francisco during the Depression, but above all they are signed by a certain Lucien Labaudt.

This French artist had come to settle in San Francisco in 1910. Although self-taught, he taught art and is known for painting the frescoes of the Beach Chalet but also for having produced those of Coit Tower!