Video – The Treasure Island of Stevenson at Point Lobos 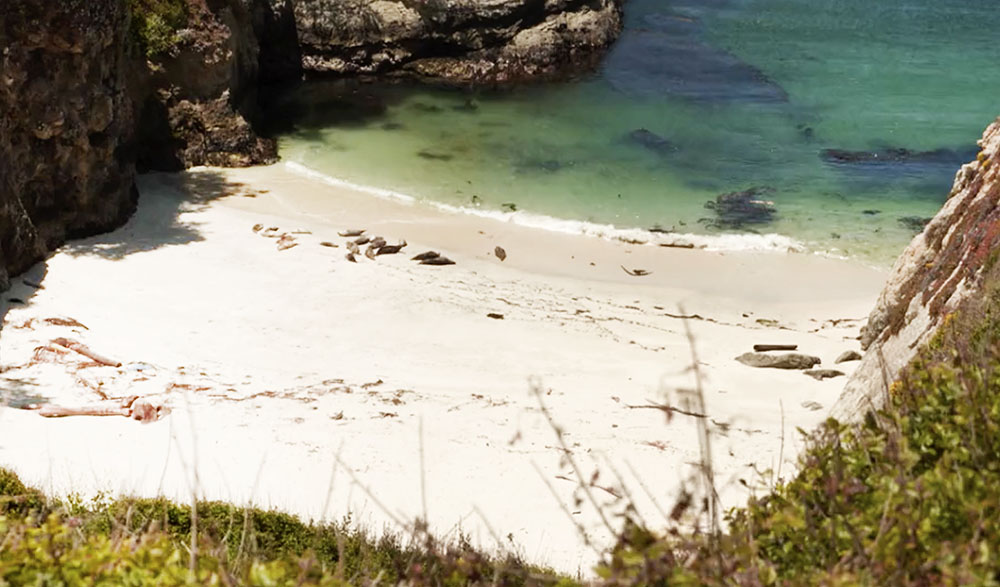 Sponsored content – Monterey, the Treasure Island of Stevenson, a video by Alexis Orand and Virginie Goubier

And an invitation to escape!

“We brought up just where the anchor was in the chart, about a third of a mile from each shore, the mainland on one side and Skeleton Island on the other. The bottom was clean sand. The plunge of our anchor sent up clouds of birds wheeling and crying over the woods, but in less than a minute they were down again and all was once more silent.”

This description is taken from Treasure Island by Robert Louis Stevenson. A story of adventures, pirates and treasure hunts, a classic of children’s literature. A description that has long been associated with tropical landscapes.

However, as you will discover in this video, Stevenson drew his inspiration… ..in Monterey, in Southern California! He nearly died there three times; he married Fanny, the woman of his life. In 1879 Stevenson lived six months in Monterey, the capital of Mexican California. In this bewitching setting with the steep cliffs of Point Lobos, the thousand-year-old trees, in this region crowned with stories of gold seekers and buried treasures, we will retrace the path traveled by Stevenson in the genesis of his story of pirates and the adventures of the brave Jim Hawkins.

In Monterey, Stevenson is undergoing a transformation. An unsuccessful writer, he will return to Scotland inhabited by an inner strength that he will have conquered in the harshness of these lands at the end of the world and in the love of a woman, Fanny, an American of 10 years her elder, whom he finds in Monterey.

Discovery of Point Lobos and Monterey, places of walk and escape for Stevenson; discovery of Carmel Valley where Stevenson was rescued half starved by a bear hunter. Despite a chronic lung disease that will consume him all his life, Stevenson has never stopped traveling from the Cevennes, in France to California, to the remote islands of leprosy in the Pacific. This extraordinary writer wants to see, wants to meet and report. Endowed with a prodigious imagination, boundless generosity and an unconditional love for Fanny, Stevenson will become the most popular and translated writer of his time.