“French Homeland is a Big Family”… 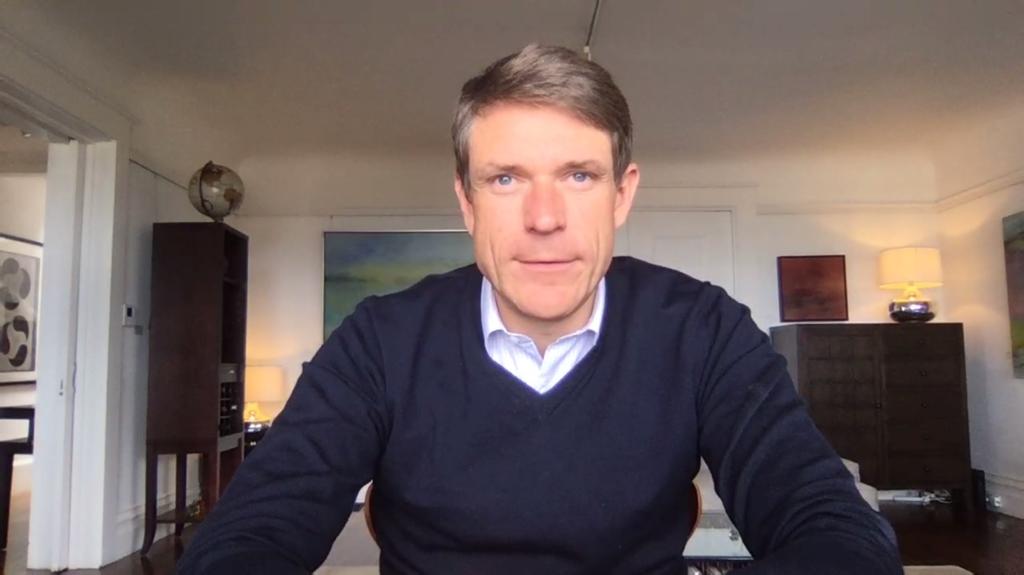 A reassuring statement in these times of crisis from Emmanuel Lebrun-Damiens, General Consul of France in San Francisco!

When you are abroad, as a simple tourist or a permanent resident, you see the consulate as the administration that issues passports, handles the paperwork to let you vote remotely, and which represents your beautiful country with the local authorities.

The reality can be very different as one could judge, when a crisis like the one we are going through with Covid-19, happens!

How is the consulate prepared to deal with such a crisis?

When the shelter-in-place order imposed by the city of San Francisco was announced on March 17, then by the state of California on March 23, the consulate immediately went into remote work mode and the organization switched to its “ crisis organization chart ”.

On the one hand, it made it possible to manage the return of French tourists who were advised to return to France as soon as possible.  On the other hand, French expats in the US were eager to learn about the availability of flights back to France. They also craved any information about the rules which were potentially going to be imposed by the United States; the feeling of expatriation increased tenfold in the circumstances of crisis.

We also had to deal with the slightly more delicate case of the students; We called individually, guiding them in their choice to stay or to return according to their local medical coverage, the expiration date of their visa … And to provide some reassurance.

It is important to note that once a year, the consulate teams are trained with very realistic crisis exercises to test their responsiveness. In 2019, we simulated how three consulates (Vancouver, San Francisco, and Los Angeles) would share the workload, and cooperate following an earthquake in Washington state!

In two words, we are prepared to react quickly. And I would like to expressly thank our medical consultant, the MD Catherine Collins who brings us her daily expertise.

The crisis unit handled more than 3,000 requests, including nearly 1,000 calls in three weeks.

The unit is left with around twenty more complex files to follow, but this is the average level of consular protection cases to be managed in normal times.

Is there a system of solidarity that completes the action of the Consulate?

In this specific case, two non-profits were involved. The first, set up by the Ministry of Foreign Affairs, is called “SOS un toit” and triggers a solidarity chain for people who are in need of accommodation for a while. It was not solicited in our district, tourists were able to return to France in time.

The second non-profit that has already helped during the fires is “Main dans la Main ” and I would like to thank them. This group has a very important role in this anxiety-provoking context because it takes care of isolated elderly people. The very fact that these frail French residents know that they can call someone at any time, or be called regularly, lower their level of anxiety.

We are very attentive to include psychological support in our emergency plans.

With a population of around 60,000 French citizens in the Bay, can you tell us a little more about the economic situation and the questions that come to you?

Lots of layoffs, lots of dramatic situations, especially in the hotel and restaurant industry. We are trying to help the French who are affected – employees and entrepreneurs, to navigate their way.

In all cases, entrepreneur and employee, it is not nationality which is the condition for granting aid, but the place of registration of the company for the former, and the employment contract for the latter…  Aids exist, it’s a matter to explain how to leverage them.

We have a lot of information on our site. It can help understanding, for example, how to get unemployment insurance according to your state of residency or the details of the public aids set up by the city ​​of San Francisco.

For the most critical cases, it is useful to know that there is also social assistance that can be triggered at the county level.

I would like to specify that in the event of a return to France without a job, the waiting period of 90 days usually applied to reenter the French health system was suspended within the law on the state of health emergency.
By way of derogation, French expatriates returning to France between March 1, 2020, and June 1, 2020, and without a professional activity, are affiliated to health and maternity insurance ; no waiting period applies.

Concerning entrepreneurs, the regional economic service of the embassy, ​​and its delegate to the consulate Christophe Barre, have done an important job listing the available financial supports at the federal, state and municipal level, and redirecting the French among the different American administrations.

And to be even more specific, the American Congress set up the CARES Act, and in this context, for example, the Paycheck Protection Program is a loan program that can partially be converted into grants. The programs of the Small Business Administration have also been strengthened: find the details, the telephone numbers of the various contacts on our site.

At the same time, the BPI (Banque Publique d’Investissement) is implementing specific mechanisms for French start-ups registered in France. This applies, for example, in the case where a French CEO or a team based in the United States, has a legal entity in France. In this case, contact the BPI directly.

What about regular consular services?

Despite this rather radical organizational change, consular services are functioning and are fully mobilized to ensure the continuity of public service. The office is closed to the public for ordinary requests, but the consulate is operational on a remote basis.

We held the committee for the allocation of scholarships, certificates of change of residence can be made, as well as certain notarial acts that can be exceptionally signed digitally … Concerning passport requests, only urgent cases are processed, not requests for ordinary renewal.

A word about scientific cooperation or cultural programs?

Transatlantic cooperation is truly extraordinary in the fight against the Covid. All of these partnerships, which have been developed previously at the public or private level, are proving to be extremely effective and useful in the context of this crisis.

We can mention the example of QBI and the Institut Pasteur. We see the fruit of substantive work that is done in normal circumstances.

As for the cultural team, it adapts its programming and reviews its calendar. We remain in close contact with the SFMOMA, the SF Public Library …

We have developed strong enough partnerships with the local actors for us to roll with the punches together.

As a French national, can I return to France at any time?

All French people can return to France as well as their minor children and their spouse even if he/she is of a different nationality. Even a spouse with another passport is allowed into the country.

If you are a foreigner, you cannot go to France unless, for example, you go there to help the health system or participate in research to combat Covid.

In all cases, you must fill out a certificate available online and tick the box corresponding to your situation.

But beware, the entire airline industry is affected. Normally, there are 300 flights a week between the United States and France, today there are six flights operated by Air France, three from Los Angeles and three from New York.

I would like to take this opportunity to particularly thank Air France, which continues to provide flights with reasonable fares even if their planes are not full. It is a beautiful gesture of solidarity from the national company vis-à-vis the community.

A personal word for Tom Walsh, the station manager who, in collaboration with his teams, has helped many French people who were in difficult situations to return to France.

What about the consular council elections which should take place on May 16?

The municipal elections have been postponed to June. A report is due in May and it will talk about the feasibility of these elections on that date. As a result, the terms of the current advisers have been extended.

Emmanuel Lebrun-Damiens is like all of us, under shelter-in-place. His advice is to take the opportunity to do something you love, just to escape the spirit at least an hour a day.

Moving out from USA to France... Financial opportunities
Preschools in French, in San Francisco and the bay area
Interview with Frédéric Jung, Consul General of France in San Francisco
Enroll Now the 48H Ocean Hackathon in San Francisco!
5 Secrets Of French School Lunches
Mapstr, an app to broaden your horizons and share