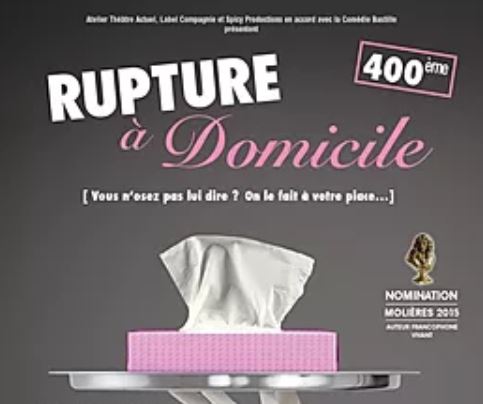 Rupture à Domicile is a contemporary comedy written and directed by Tristan Petitgirard.

Breaking off a relation is never pleasant, so why not pay someone to do it for you … Eric Vence founded the agency “Rupture à Domicile”. One evening, when he goes on a mission to announce to a woman that her companion has decided to leave her, he meets more than unexpected … He meets with Gaëlle, the love of his life, who left overnight, seven years ago without the slightest explanation … Obviously, Eric does not tell her that he was hired for. He thinks that he has a head start because by finding his ex, he knows even before her, that she is single …

But Eric is far from suspecting that his client, Hyppolite, Gaëlle’s current companion, has changed his mind and especially that he is going to join them … An unprecedented love trio then sets up: the ex, the woman and the future-ex. It’s the start of an explosive liar poker from which no one will emerge unscathed …

The play is not to say the least cruel, scratching our cowardice and our fears. Because each of us has already faced this question: how do we tell him that it’s over? 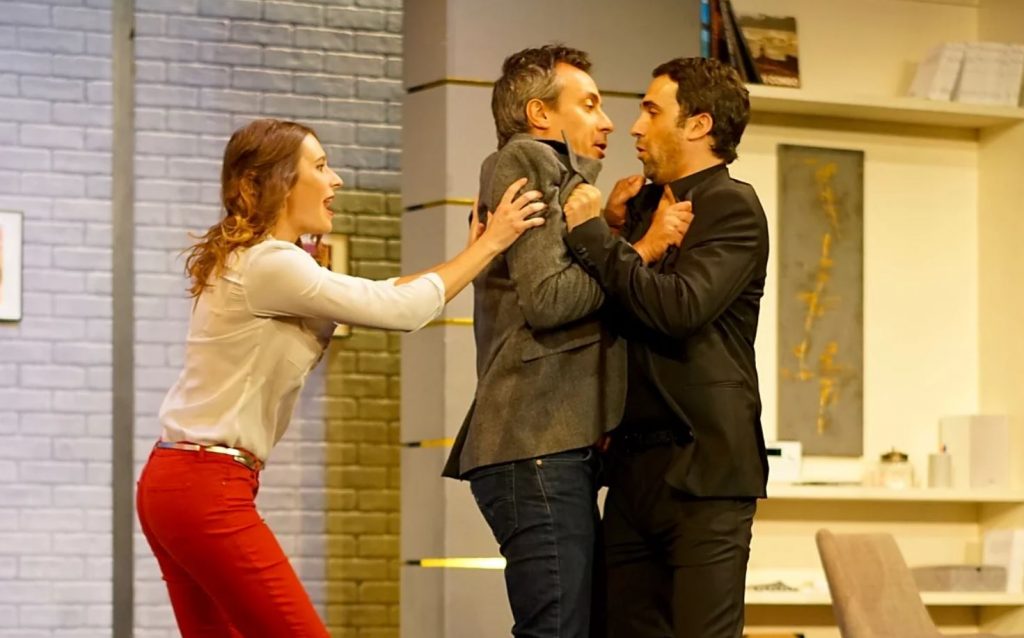