French Movies on HULU in April 2020 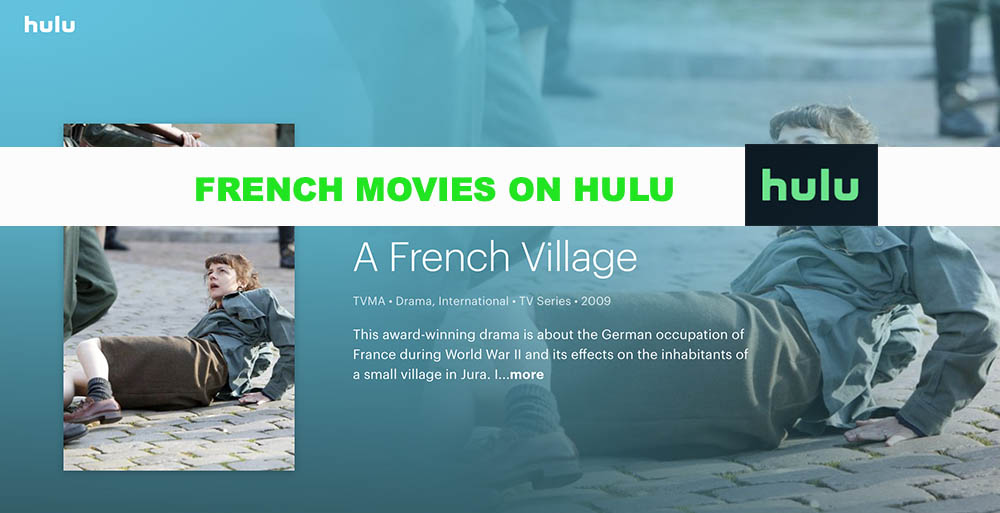 Event Address: From your sofa

Here is a list of French and French language movies available now on Hulu. Do not forget to have a look at French series too… it’s up-to-date.

Angel of Mine Drama (2008) – Elsa fights to keep custody of her son Thomas. One day, when she was picking up her son at a birthday party, she noticed a 6-year-old girl. Catherine Frot

Let the Sunshine In  Drama (2017) – Juliette Binoche, Xavier Beauvois and Gerard Depardieu play in this charming romantic comedy about a woman looking for love in all the wrong places.

The Blue Room Crime (2014) – After an adulterous meeting between two lovers, a man finds himself under investigation for an unknown crime. From a novel by Georges Simenon. Mathieu Amalric stars.

Goodbye First Love Drama (2010) by Mia Hansen-Love – Camille, 15, Sullivan 19. They love each other with a passionate love, but at the end of the summer, Sullivan leaves. A few months later, he stopped writing to Camille. In the spring, she attempted suicide. Four years later, Camille devoted herself to her architectural studies. She meets a renowned architect, Lorenz, whom she falls in love with. They form a solid couple. That’s when she crosses paths with Sullivan….

Non-Fiction – Comedy, Drama Movie 2019 – A witty and seductive tale about sex, lies and literature from the famous director Olivier Assayas. With Juliette Binoche and Guillaume Canet

Dans Paris – Drama (2006) – After a love story that ends badly, a young Parisian by the name of Paul (Romain Duris) sinks into the same kind of deep depression that led his sister to commit suicide. He goes home with his father (Guy Marchand) and his aimless brother Jonathan (Louis Garrel) but refuses to get out of bed.

A French Village – SERIES 7 seasons – Drama – This drama tells of the German occupation of France during the Second World War and its effects on the inhabitants of a small village in France.

Spiral – SERIES 7 seasons – Through a young prosecutor, a police captain, an examining magistrate and a criminal lawyer, this series describes the life of the Paris courthouse, its cogs, his actors, his little tricks. The critically acclaimed series became such a global sensation that it was broadcast in over 70 countries.

And because it’s fantastic and director Kore-Eda now films in France :

Nobody Knows PG-13Drama, InternationalMovie2004 -Four young siblings are forced to rely solely on each other when they are left alone by their loving, yet immature mother.

Voila, our current list of French movies and series on Hulu – by Isabella Demeulenaere

TLF San Francisco - One Flew Over the Cuckoo's Nest (in French)
Imagine Picasso, Immersive Experience in San Francisco
Taxation essentials explained to French expatriates in the USA
Our Netflix Selection of French Movies - October 2021
Concert - Rone at the Rickshaw Stop
No Limit by Challenge: Start-up and Innovation Summit