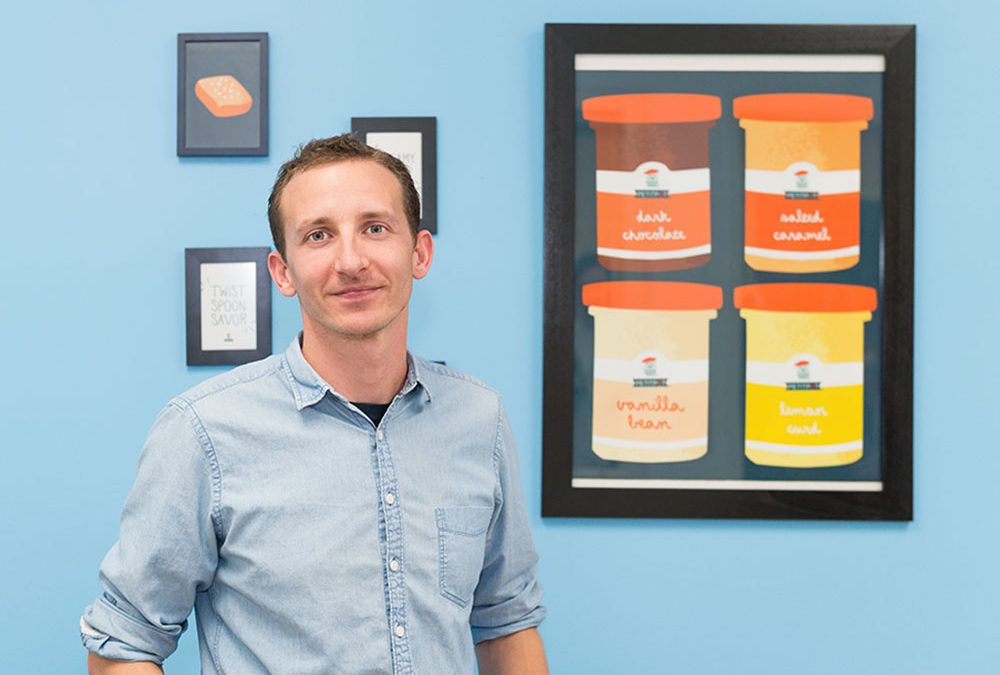 If your palate demands simple and carefully prepared desserts, you have probably tasted a “pot de crème” from Petit Pot. These are little creamy puddings served in a glass jar with an orange lid and a beret. And we bet that you liked this French dessert developed by a certain Maxime Pouvreau.

Maxime Pouvreau is the CEO and founder of this company that started on the peninsula. Having worked for Michelin-starred restaurants in the past, this pastry chef by training, jumped into this unusual entrepreneurial adventure six years ago. 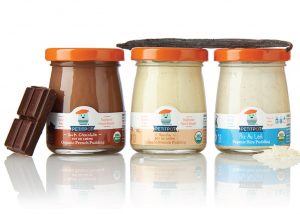 We are getting used to meeting French food lovers who start restaurants, bakeries and even patisseries, but very few dare to attack the American food industry, maneuvering with its distribution selling an unknown product!

Whoever has worked in retail knows how difficult it is to penetrate this circuit. It is an infernal machine which, with very few exceptions, grinds suppliers by demanding untenable margins, and does not leave any space on its shelves for products that do not have brand recognition; the large retailers prefer the ease of reselling big brands.

Obviously, Maxime Pouvreau was determined enough and did not let himself be told; he had observed that this very French specialty called “pot de crème”, was unknown to American consumers.

In 2014, he developed the recipe for individual pots of crème which he had kept nostalgia for. Like a Silicon Valley legend, he started the adventure in his kitchen (not garage) with family funding. Even the grandmother contributed!

When you asked him why starting Petit Pot, he simply answers “I did something I love”. But he also tells us that the first two years have resulted in very light turnover while trying to increase sales in independent stores in San Francisco. Always confident, he organized many free tastings on a corner of the table as we see in the stores here to publicize the famous pot de crème.

But since the products are all made from 100% organic ingredients, Whole Foods has spotted the potential of this tasty pudding.

The organic chain decided to try the adventure by letting Maxime Pouvreau put his products on the shelves at one location in San Francisco. 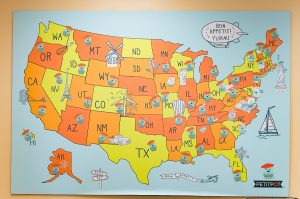 After a year, convinced by the product’s potential and the manufacturer’s seriousness, it was all the Whole Foods regional chain that tested it for six months.

Little by little, Petit Pot has been referenced in smaller chains such as Mollie Stones, Gus, Berkeley Bowl or Draegers’ Market in Silicon Valley and finally at Whole Foods at national level and at Safeway. Petit Pot puddings are now available in 6,000 outlets across the country!

However, not everything happened in a linear fashion and our pastry chef sometimes had to tweak a few things.

According to this pastry chef, a small pot de crème must have a touch of whipped cream on top. But Maxime Pouvreau had to face the evidence: from shelf life of 2 months without whipped cream, adding it reduces the product lifespan by 70 %.

By probing his customers, he realized that the initial size of the servings was not optimal. Consumers are greedy but aware of the calories ingested. As a result, Maxime Pouvreau now offers slightly smaller jars and a reduced sugar recipe. 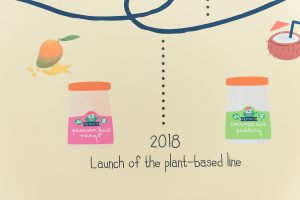 Within 5 years plant-based products have continued to take up space on the store shelves and in our fridges… Petit Pot has widened its range by offering coconut rice puddings with fruit flavors and even a jar of chocolate cream, totally vegan. For the anecdote, we tested young gourmets who did not notice anything …

Finally to further broaden its footprint in mass distribution, given that its main range was 100% organic, the unit price ($ 2.99) was not suitable. Not a problem, Maxime Pouvreau again knew how to adjust his model by selling directly to Walmart, skipping wholesaler margin, and producing a conventional product for a 30% lower price.

Due to the ever-increasing demand of American consumers, a year ago Petit Pot invested in a larger production site in Emeryville. We visited this new premises of more than 20000 square feet with the FrenchFounders‘ network. 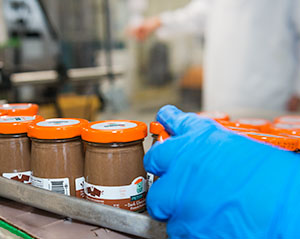 The company has 25 employees who work in two shifts and is now able to produce 20,000 pots per day.

Finally, we asked this good product lover what was his biggest challenge for 2020; Without hesitation, he replied that “even if things look good for Petit Pot, the main challenge remains production”. With this new production site, he has found and adapted existing tools for mass production, but he still has to gain efficiency. Sounds familiar?