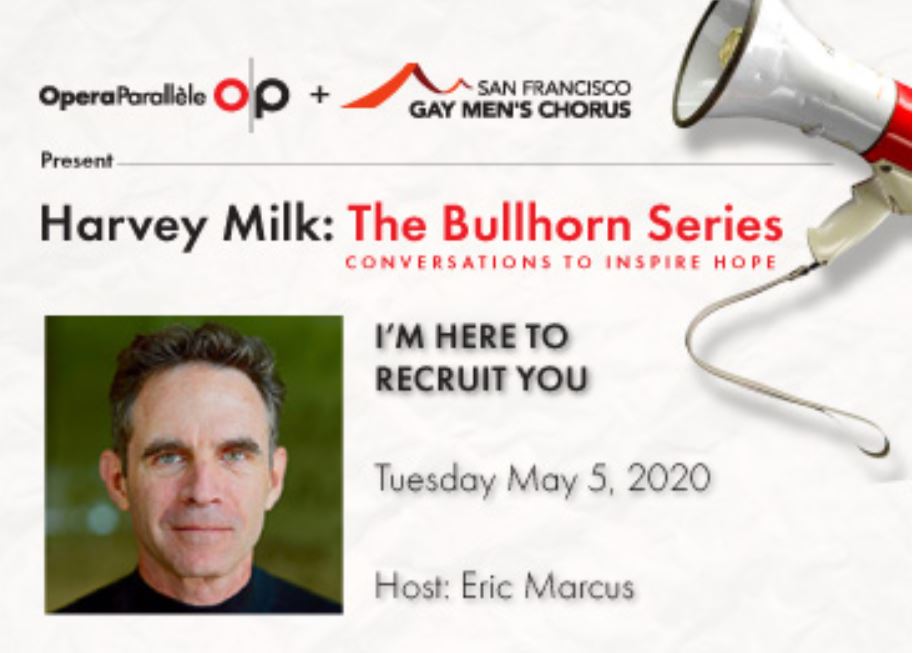 POSTPONED – In the lead up to Opera Parallele’s production of Harvey Milk by Stewart Wallace, hitting the stage in May 2020, Opera Parallele in partnership with the San Francisco Gay Men’s Chorus present a series of responsive community conversations that elevate LGBTQ voices and inspire civic activism in a new generation of voters and citizens. We take as inspiration the life of Harvey Milk, to explore his legacy, to shine a light on issues that are facing the community today and to celebrate those who are working to address them.

4/4 – Who was Harvey Milk? Discover the man behind the movement. Explore the man, the myth, the martyr – through the stories of those who knew him well. Discover the many facets of Milk as we capture the oral histories of key San Francisco figures who were part of Harvey Milk’s inner circle.