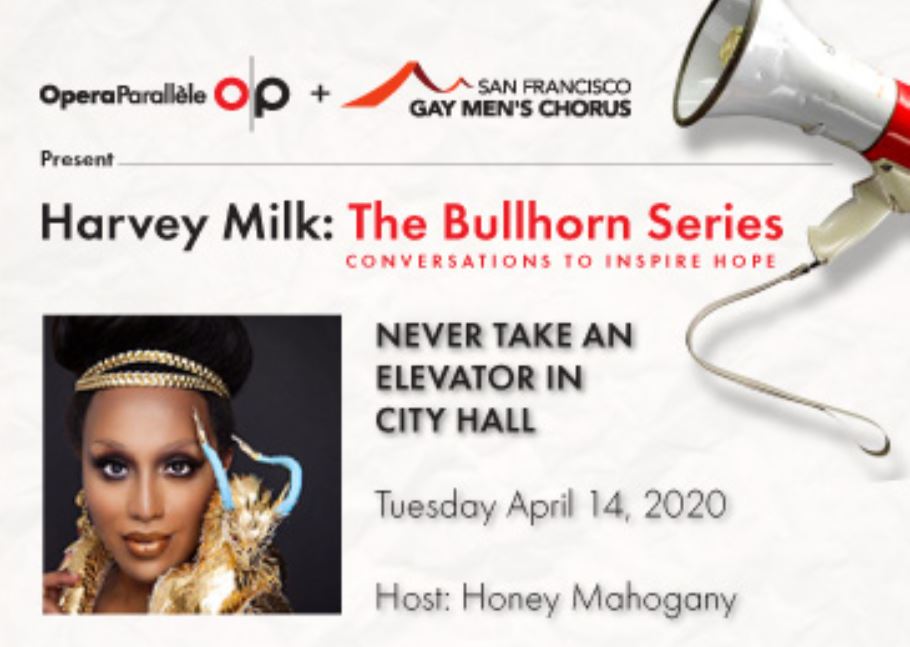 POSTPONED – In the lead up to Opera Parallele’s production of Harvey Milk by Stewart Wallace, hitting the stage in May 2020, Opera Parallele in partnership with the San Francisco Gay Men’s Chorus present a series of responsive community conversations that elevate LGBTQ voices and inspire civic activism in a new generation of voters and citizens. We take as inspiration the life of Harvey Milk, to explore his legacy, to shine a light on issues that are facing the community today and to celebrate those who are working to address them.

3/4 – Harvey Milk was known for his theatrical flair, once telling his staff to always use City Hall’s marble staircase as it afforded a grander entrance. From the great protest songs of the ‘60’s and ‘70’s to Harvey’s windows at Castro Camera, art and music have always been at the center of social change in San Francisco. Join us for a showcase of art and activism to ignite your creative spirit.