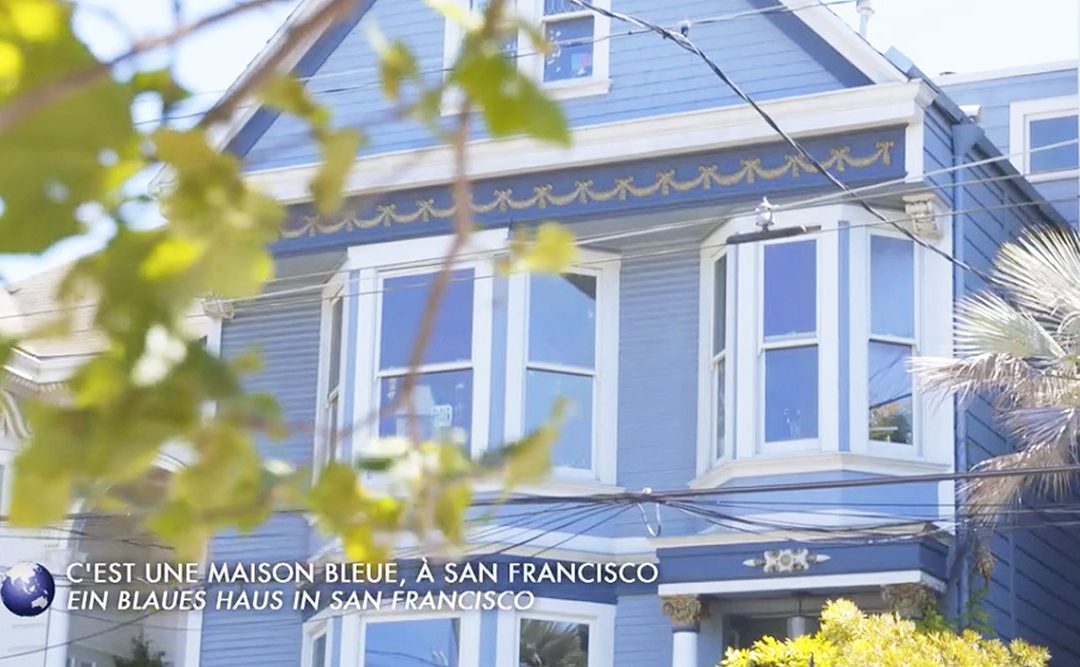 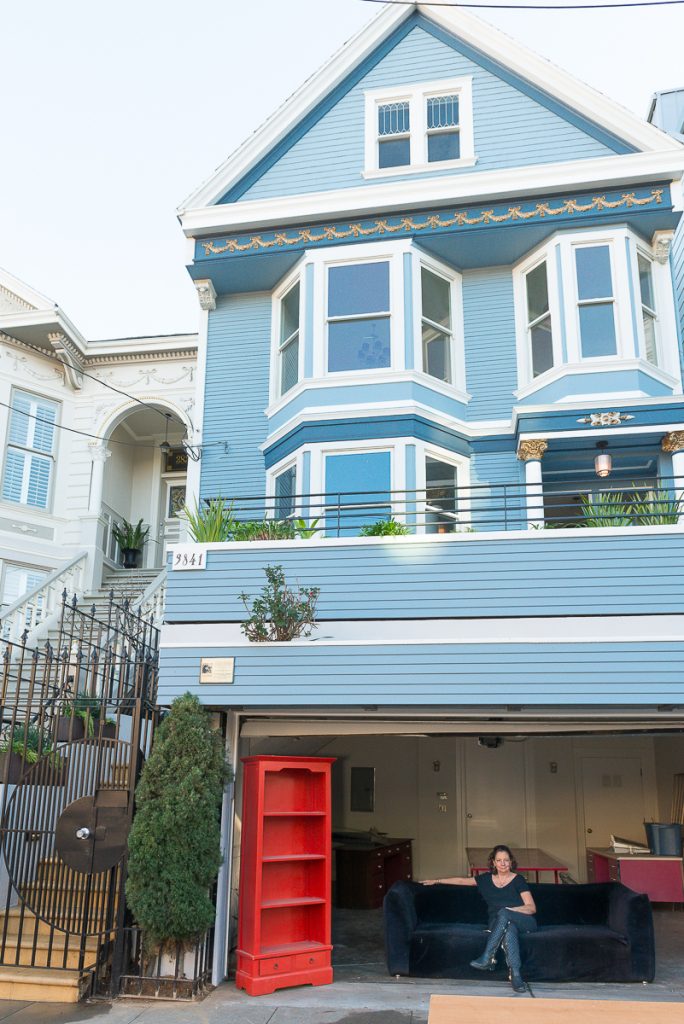 Post updated on Feb 26th – This is one of those adorable stories that started 50 years ago and became larger than life, in France…but not in the US.

Back in the 70′, a young French singer-to-be called Maxime Le Forestier came to San Francisco for the Summer. He happened to live in a small community in the Castro neighborhood. After several weeks of peace and love and “chill”, he returned to France to carry on with life.

Months later, he wrote a song about “San Francisco” with a reference to “Blue House on the hill”. The song became such a unexpected hit that it has entered its fifth decade. But again, it’s a total mystery inside the United States.

French tourists continue to swarm around the “Blue house on the hill”.

The myth is alive and well; just last week, France TV Channels and radios started talking about the fact the San Francisco Blue House was for sale! At first, the sale was denied…

Intrigued, we went to meet the current owner, and it was confirmed, the blue house was on the market at 3.45 millions dollars (all pictures are here). Angela, the current owner told us “I have loved living in this house, it has been magical. We kept the spirit of Maxime Le Forestier alive with art and music”.

We are happy to share the real story of the blue house told by Maxime Le Forestier himself accompanied by two videos (materials in French):

– The exclusive interview of Maxime Le Forestier made in May 2011 by Frédéric Patto, the Artistic Director of the Théâtre du Lycée Français,

– The video recently broadcasted on Franco German TV channel Arte by Virginie Goubier and Alexis Orand from Backbone Production in which you will see that even if San Francisco has changed a lot since 1971, a certain state of mind remains.

So you too, whether you are a San Franciscan or just a tourist, discover the story of the Blue House, of the song and put a face on Psylvia, Tom, Lizzard or Luc.

If you were interested in buying the house, please contact the real estate agent Jessica Branson. And do not change the color of the blue house, it’s so dear to the hearts of the French!

Covid 19 - Ten questions to Romain Pirracchio, Chief of Anesthesia Dept at Zuckerberg Hospital and P...
Ready to Run or Ready for Fun? Bay to Breakers is Back!!
The Most Colorful Basketball Court in San Francisco
L'Imperatrice Virtual Worldwide Tour
Finance - Buying Real Estate in France
DJ Sebastien Leger with his Modular Live Show, a US Tour