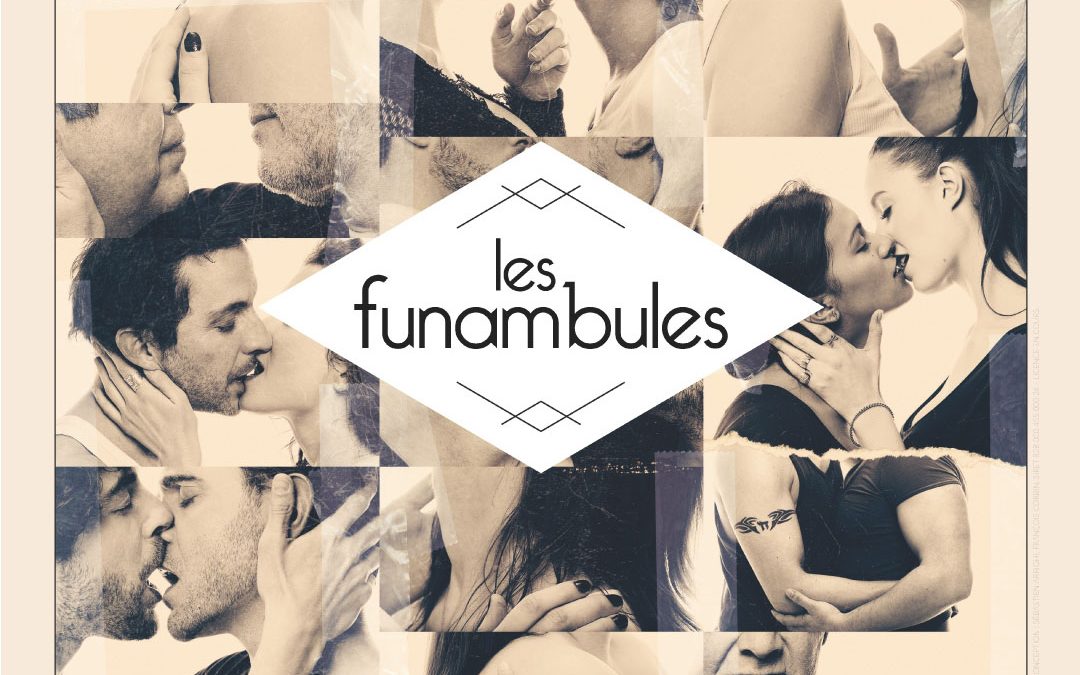 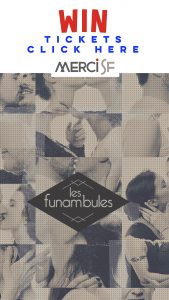 Les Funambules: Fighting Homophobia One Song at A Time
Les Funambules is a collective of artists that started alongside the “mariage pour tous” movement in France. The time when same-sex marriage was impossible seems far away whether in California or in France… Yet in California, it was only on June 27, 2013 that it became possible after a fierce battle of several years at the Supreme Court. And in France, the text was voted on May 17, 2013.

In this specific case, France seemed to be one step ahead of the United States, but before to be voted this law provoked demonstrations of great violence against homosexuals. Part of the French population marched in a very hostile climate for several months in a row.

The Beginning of Les Funambules
When you are homosexual, author, composer, and a performer and you realize that when we talk about love between two people, the reaction is violence, you fight with songs.This was the choice of Stéphane Corbin, the founder of this collective. In this context of disproportionate violence, he wanted to write one song about love ; he very quickly realized that he could not say everything in a single song, so he thought of making an album which turned into a double album. There was so much to tell!

Most of all, it has become an extraordinary human adventure which has been followed and seconded by many authors and performers who were also appalled by so much intolerance.

And since it’s good to communicate for a good cause, it’s also thanks to the support provided by Miou-Miou, Virginie Lemoine and many other well known people that this project has gained momentum.

In 7 years, Les Funambules performed 80 concerts, gathered 50 artists and 400 volunteers in their crazy adventure. Beyond telling the story of homosexuality with humor, emotion, intensity or through its political issues, this group of volunteers transfers the benefits to two non-profits that help the homosexual cause:
– Le refuge
– SOS homophobia

Have things changed since Les Funambules?
Thanks to social media, Stephane Corbin has received thousands of testimonials from people who wrote for example that “thanks to Les Funambules, I was able to come out”. He also shared with us the story of this father who came to one of the concerts with his children and went to talk to him at the end of the show ” if one of my children tells me tomorrow that he/she is homosexual, I would understand ». All is said.

Stephane Corbin is convinced that for changes to last, you have to convince people smoothly and one by one, and these testimonials are the real rewards.

How will the show looks like at the TLF in San Francisco?
It’s a concert but with a real staging. There will be 7 artists on stage. All the lyrics will be subtitled in English to appeal to all audiences in San Francisco. It’s a kind of song documentary. Stéphane tells us that he is particularly moved by the idea of ​​interpreting “L’Aveu”, a song written by his own brother and which tells his life and also “Arc-en-ciel”, a song written by Patrick Loiseau, the companion of the French singer Dave who talks about their friends who died of AIDS.

The future of Les Funambules?
The project changed Stephane’s life and even his career. He feels that all together, Les Funambules have invented a form of struggle which he describes as artistic activism.

So the collective wants to capitalize on this success and start soon a new battle by focusing on the cause of women. An album is in preparation for 2021-2022 and will bring together between 100 to 200 performers. We are talking about Annie Duperey, Catherine Hiegel or Rachida Brakni … to name a few.

While waiting for this new adventure, let’s enjoy Les Funambules at the TLF in San Francisco because it may be the last time that this show will be played!

Les Funambules bring together artists to speak of homosexuals in a different way. Through funny, tender or serious songs, they testify to a reality, far from political debates and clichés. Songs that express the obstacles, the hopes, that tell the fragile balance of destinies with which everyone can identify and above all, speak of love.