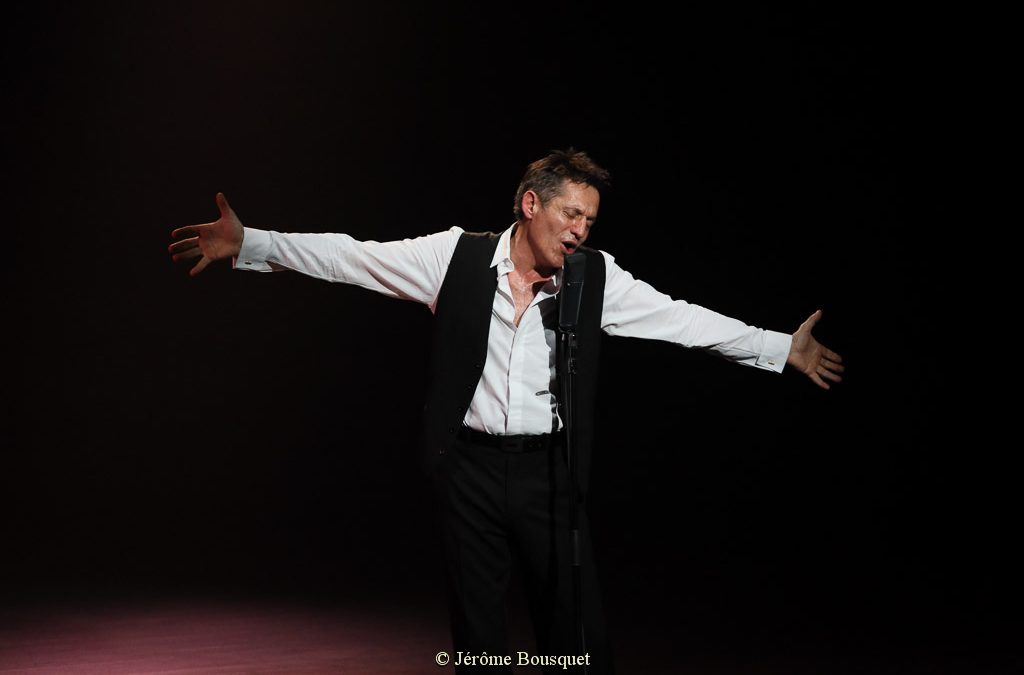 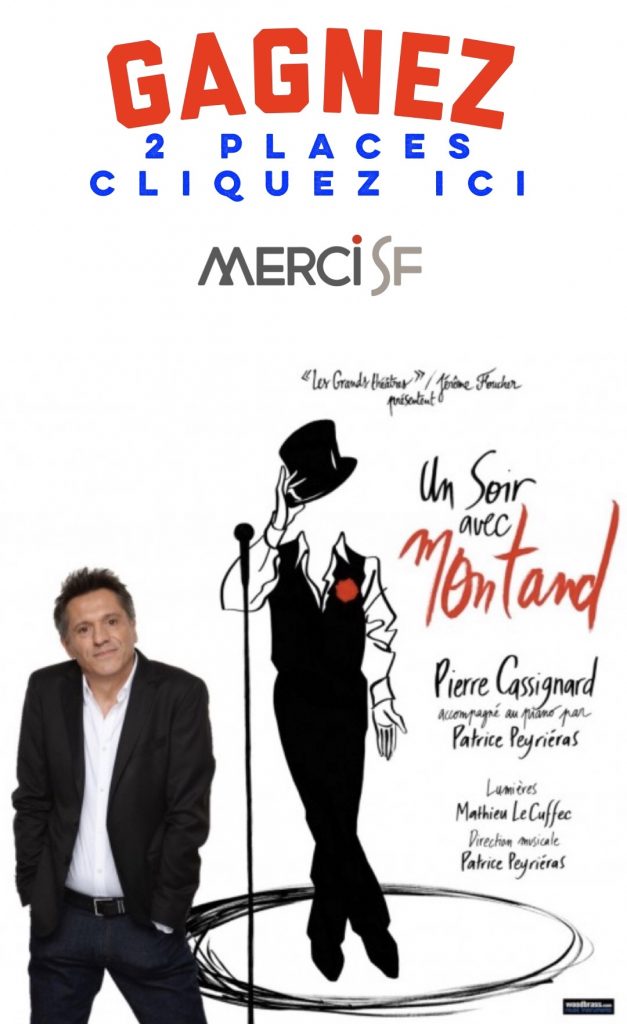 Pierre Cassignard, the award winning theatrical actor will soon transform himself into that great actor/singer Yves Montand for only one performance in the United States at TLF.

On February 7th, “Un soir avec Montand” will be hosted at the Theatre du Lycée Francais.

During a brief interview, we discovered ‘an actor full of energy, so happy to perform for the TLF and looking forward to discovering San Francisco for the first time.

I have always been attracted by the music hall and as a teenager, I listened to Gilbert Bécaud whom I loved for his personality, his energy. And then, when I was 14, I had the opportunity to see Montand at the Olympia. And there it was something else! I discovered the beauty of the texts of Prévert, Aragon or Baudelaire. He had such a simple, so refined way of interpreting them that I was fascinated by the character.

I returned to my provincial life but when I was old enough to study in Paris, I joined a theater school before joining the Conservatoire a few years later.

I learned that the first time you performed, it was with Delphine Seyrig… an incredible godmother for an early career?

I was 22 years old and I was not at all aware of my luck. I spent a year playing alongside her and it was partly thanks to her that I went to the Conservatoire. I can say that I liked the theater after working with her.

You have been nominated three times for a Molière award and you won Best Actor in 1997 for the Venetian Twins. Has this award changed your career?

I was already working for some time when I got the Molière. It’s obviously a very nice reward but fundamentally, that does not change things. I just received more job offers after …

It was the first show in which my performance could not be missed because I was the two main characters at the same time, the twin idiot and the twin seducer, all in a spectacular setting. The switch between the two characters was so well managed by the director that even Josée Dayan had not seen that it was the same actor who was performing the two roles!

Why did you choose to do a musical show? After many years doing theater and films for television, I wanted to return to a musical show to pay tribute to Montand. I like his sense of purity, the choice of his texts, his way of making the audience believe that everything is simple while everything is perfectly prepared, staged … from lighting to staging with just a few accessories.

When one talks about music hall, one often thinks of America. Have you been influenced by American culture?

Of course, jazz is very important to me. I’m a fan of Samy Davis Junior for example. And in the category of great actors Cary Grant was exceptional.

As far as I am concerned, I had the chance to play under the direction of John Malkovich at the theater. He has a very personal way of looking at the actors, of directing them… It made me take a big step in my career. This is surely due to his personality.

If you could meet Montand, what would you like to ask him?

I met him… well, I ran into him a long time ago … but when I was going to ask him a question, he left. With hindsight, I am happy not to have spoken to him because it is his career that fascinates me more than his person.

If you were a Montand song… which one would you be?

What are your plans, your next show?

But I will continue to tour with the Montand show, keep on working with my great pianist Patrice Peyrieras and my director / lighting designer Matthieu LeCuffec because beyond the show, I really like the team we are forming.

Join us for this unique show of 22 songs, conceived as “22 short films with a beginning, a middle and an end. 22 characters for a single actor”.