French Movies with Anna Karina: Pierrot le Fou & A Woman is a Woman 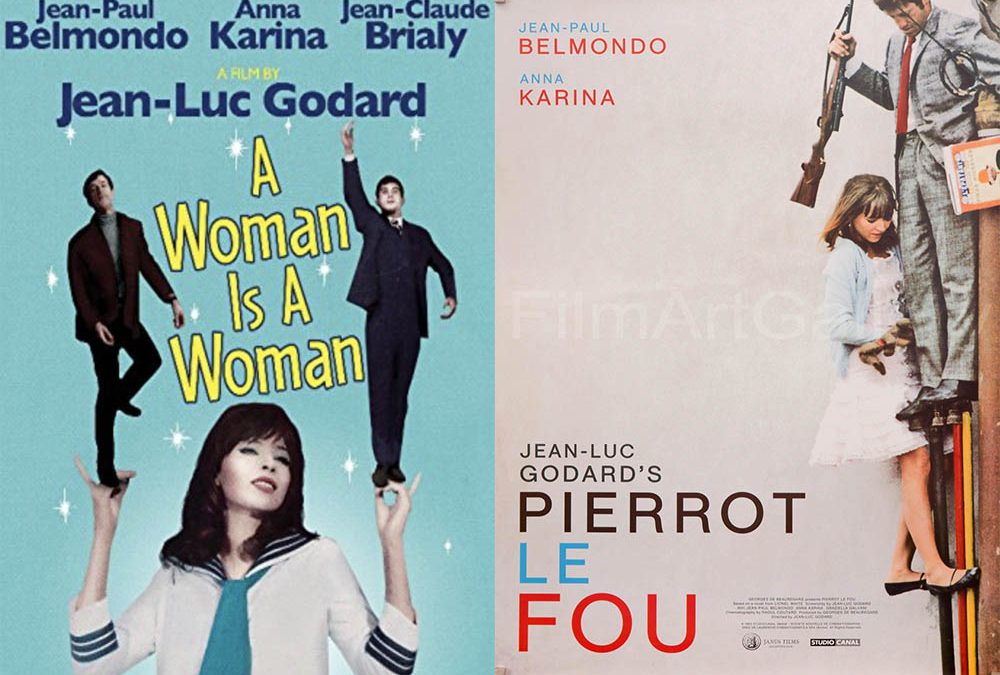 A WOMAN IS A WOMAN at 7:00
Featuring French superstars Anna Karina, Jean-Paul Belmondo, and Jean-Claude Brialy at their peak of popularity, A Woman Is a Woman is a sly, playful tribute to—and interrogation of—the American musical comedy, showcasing compulsively innovative director Jean-Luc Godard’s signature wit and intellectual acumen. The film tells the story of exotic dancer Angéla (Karina) as she attempts to have a child with her unwilling lover Émile (Brialy). In the process, she finds herself torn between him and his best friend Alfred (Belmondo). A dizzying compendium of color, humor, and the music of renowned composer Michel Legrand,

A Woman Is a Woman finds the young Godard at his warmest and most accessible, reveling in and scrutinizing the mechanics of his great obsession: the cinema. (1961, in French with English subtitles, 84 min, 35mm ‘Scope)

PIERROT LE FOU at 8:40
Dissatisfied in marriage and life, Ferdinand (Jean-Paul Belmondo) takes to the road with the babysitter, his ex-lover Marianne Renoir (Anna Karina), and leaves the bourgeoisie behind. Yet this is no normal road trip: genius auteur Jean-Luc Godard‘s tenth feature in six years is a stylish mash-up of consumerist satire, politics, and comic-book aesthetics, as well as a violent, zigzag tale of, as Godard called them, “the last romantic couple.” With blissful color imagery by cinematographer Raoul Coutard and Belmondo and Karina at their most animated, Pierrot le fou is one of the high points of the French New Wave, and was Godard’s last frolic before he moved ever further into radical cinema. (1965, in French with English subtitles, 110 min, DCP ‘Scope)