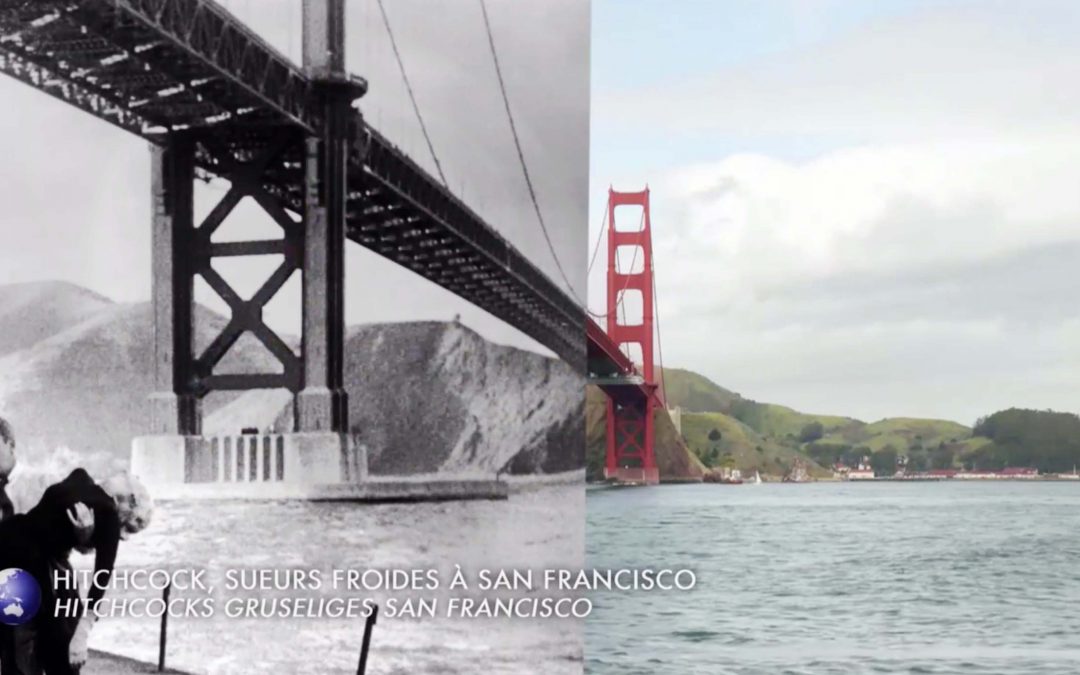 Our getaway this month is at home since we invite you to rediscover San Francisco, through the eyes of the master of the thriller: Alfred Hitchcock. The British filmmaker discovered the region in the early 1940s, shortly after arriving in the United States.

Hitchcock never really got used to the vibes of Los Angeles and Hollywood. On the other hand, the scenario writer found in the Bay of San Francisco, a climate, landscapes and a lifestyle that reminded him of his native England. He is also seduced by the atmosphere of mystery that emanates from the city and makes several of his films in the region. Vertigo is an ode to the verticality of the city.

We take you to the most dizzying neighborhoods, we will discover the buildings, the streets, the views that inspired Hitchcock and that we find in the film.

Then we head north, in the footsteps of another legendary film, The Birds. Hitchcock shot the film in the small fishing port of Bodega Bay where the famous school is still located.

For more information, we suggest a book – Footsteps in the Fog: Alfred Hitchcock’s San Francisco by Jeff Kraft, Aaron Leventhal

And for a guided tour in the footsteps of Alfred Hitchcock: https://sfcityguides.org/tour/alfred-hitchcocks-san-francisco/

Finally, we want to thank Charlotte Attry from http://beyondthebridge.fr/ who had the idea of this subject and investigated it upfront.

Amelie de Cirfontaine, mentored by the local street-artists
Beware! Mountain Lions a.k.a Pumas spotted in San Francisco
Where to find a Christmas Bûche In the Bay Area
The Airbnb of Private Pool Rentals
Wishing you a 2023 Sparkling New Year!
Backstage at Cirque du Soleil with French gymnast Louise Vanhille