Conference at Berkeley with Philippe Étienne, Ambassador of France to the USA

by MerciSF | 7-01-2020 | Agenda, Conference Ambassador of France in the USBerkeleyConferencePhilippe Etienne 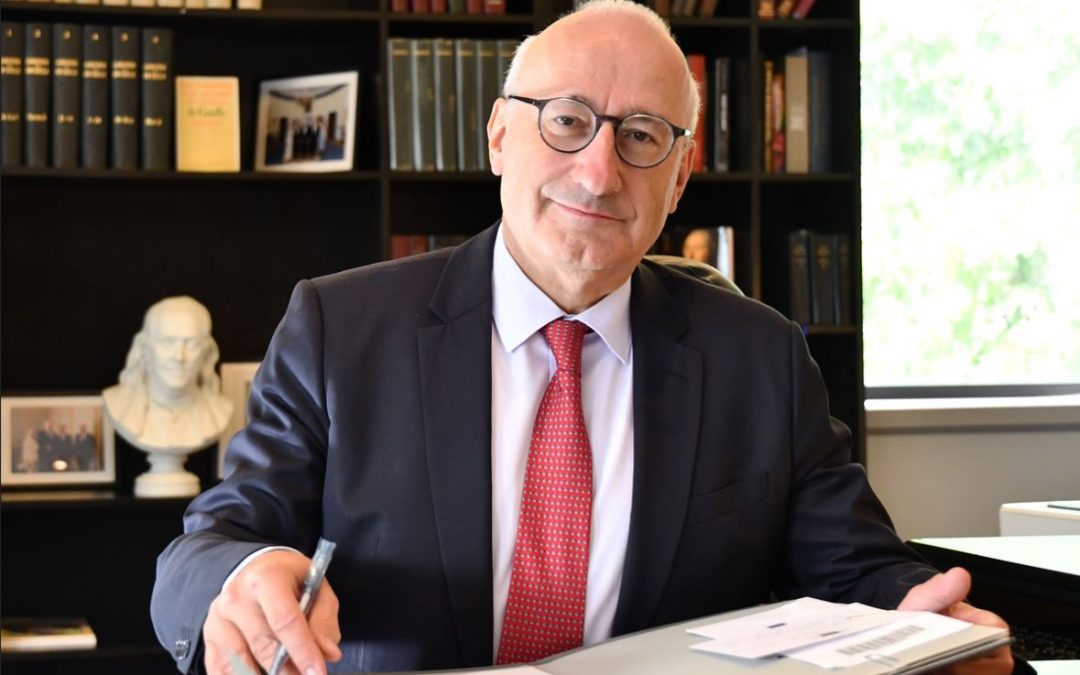 His Excellency Philippe Étienne Ambassador of France to the United States will present “Tech for Good: A French vision for the 4th industrial revolution” on January 14, 2020 at 11 am.

This public conference will take place at 290 Hearst Memorial Mining Building for a Distinguished ITS Seminar.

The Ambassador is an expert on the European Union and Continental Europe.

A graduate of the École Normale Supérieure and the Ecole Nationale d’Administration (“Voltaire” class 1980), Ambassador Etienne also holds the Agrégation (teaching diploma) in Mathematics, has a degree in Economics and is a graduate of the National Institute for Oriental Languages and Civilizations (Serbo-Croatian).
He is an Officer of the Legion of Honor and a Commander of the National Order of Merit.