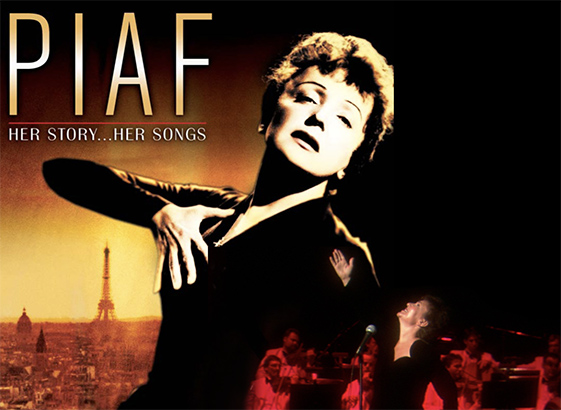 Part documentary, part stage performance, this entertaining look at French chanteuse Edith Piaf tells her story through a terrific theatrical presentation by internationally praised French jazz singer Raquel Bitton, who literally becomes Piaf while singing, but steps back between songs to tell stories of Piaf’s extraordinary life from singing in the streets of Paris as a child to becoming the highest paid singer in the world at that time.

Archival photos of Piaf illustrate her life of lucky breaks and tragedy. Some of the film’s best moments are of Bitton and Piaf’s friends, lovers, composers happily discussing Piaf over food and wine at a Paris bistro. Featuring 16 songs performed with a full orchestra, including La Vie En Rose, No Regrets, Hymn To Love.