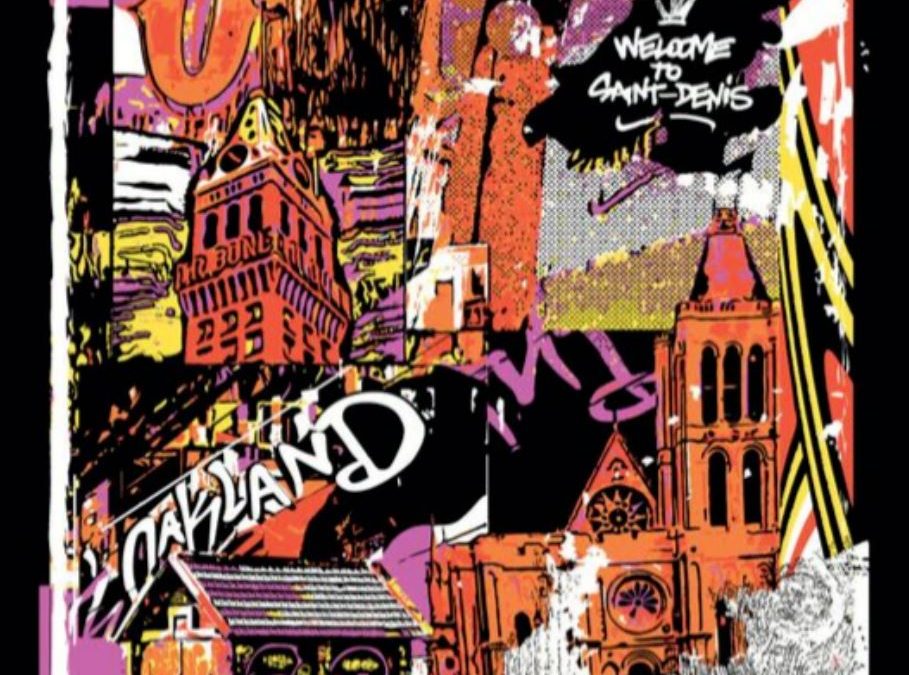 Whether it’s Oakland or Saint-Denis, these urban landscapes are evolving, the cities are changing. Demographic reasons, politics or natural course of things, the transformation is omni-present and central. It’s a reality. But it is often at the expense of its inhabitants or at best, does not happen smoothly.

The Oakland Saint-Denis project was born to facilitate dialogue, debate and exchange around these challenges. At first, there is not much in common between Saint Denis, a suburb north of Paris and Oakland, a peripheral city of San Francisco except perhaps that neither of them have a sterling reputation.
Demographic challenges, weak public transportation, uncontrolled urbanization– the list goes on.

Yet in both cases, urban planners, institutions and especially artists wanted to look at urban development from another angle, including their perspective for a development that all wish more harmonious.

And both are considered “affordable” when compared to their urban neighbors.

The Oakland Saint Denis project has already taken several forms with visits from various actors such as Julien Beller, the founding president of Espace 6b in Saint Denis, who came to Oakland in 2019. He met with Burning Man organizers but also the Director of the Oakland Museum; his goal was to better understand the public / private partnerships and the social impact in a temporary urbanism.

Conversely, the exploration trip of several personalities from Oakland to Paris allowed them to compare in situ initiatives and to participate in debates with French institutions in September.

This project started over a year ago as part of After Tomorrow, an initiative of the Cultural Services of the Embassy of France in the United States supported by the Consulate General of San Francisco.

A French delegation, composed of academics, urbanists, and artists came to Oakland to apprehend the reality of the terrain on this side of the Atlantic, in November 2019.

In parallel, Camille Servan-Schreiber is preparing a documentary that will be released early 2020 and that will support the “Carnets d’Exploration” released after these exchanges.

Oakland Saint-Denis is a long term project and we will keep you informed throughout 2020. To be continued…