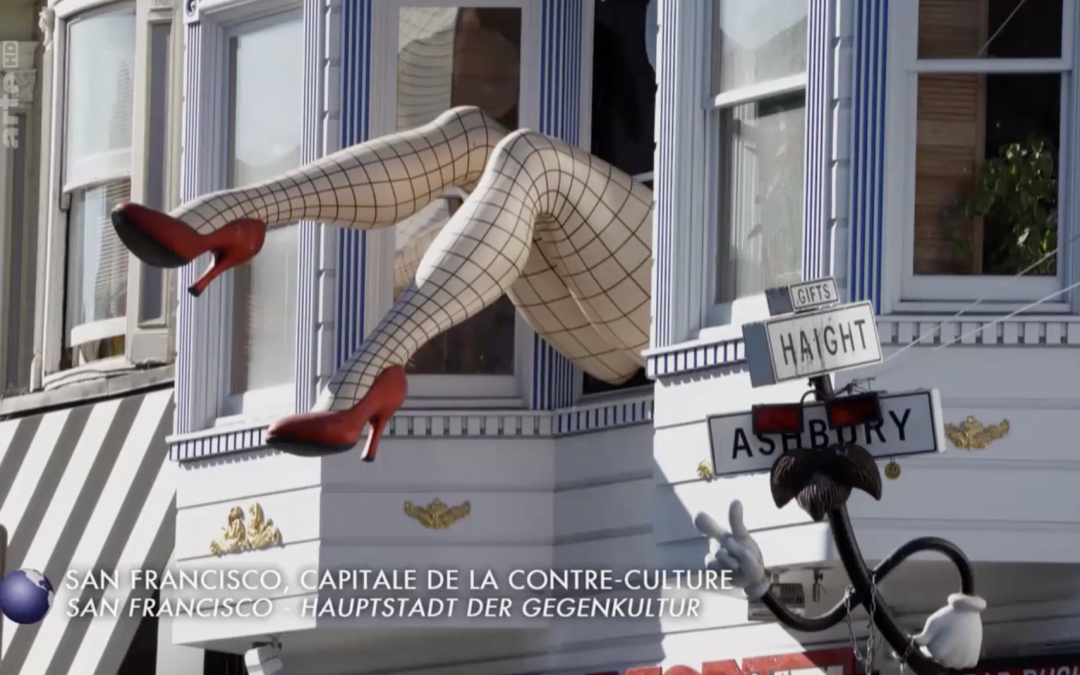 Sponsored content – Apprehend the counterculture spirit of San Francisco Bay with Alexis Orand and Virginie Goubier’s video. MerciSF is not responsible for the elements contained in this article.

San Francisco, capital of counterculture
“I want to make the world a better place” ! Before becoming the tech entrepreneurs’ favorite gimmick, this little phrase inspired generations of rebels in San Francisco.
The city has always attracted and fascinated those who want to change the world. The Beat Generation, the Flower Power, the Free Speech Movement, the Gay Pride or the Black Panthers, almost all American protest movements have emerged in the Bay of San Francisco. Since the Gold Rush, the city has had a reputation to be at the forefront and to have a tolerance for transgression that has favored the emergence of these countercultures.
We wanted to follow in the footsteps of this turbulent history, in the neighborhoods of North Beach, Haight Ashbury of course and Golden Gate Park. We also went across the Bay Bridge to Oakland to see what was left of this counter-cultural spirit today.