The Art of Burning Man at OMCA in Oakland 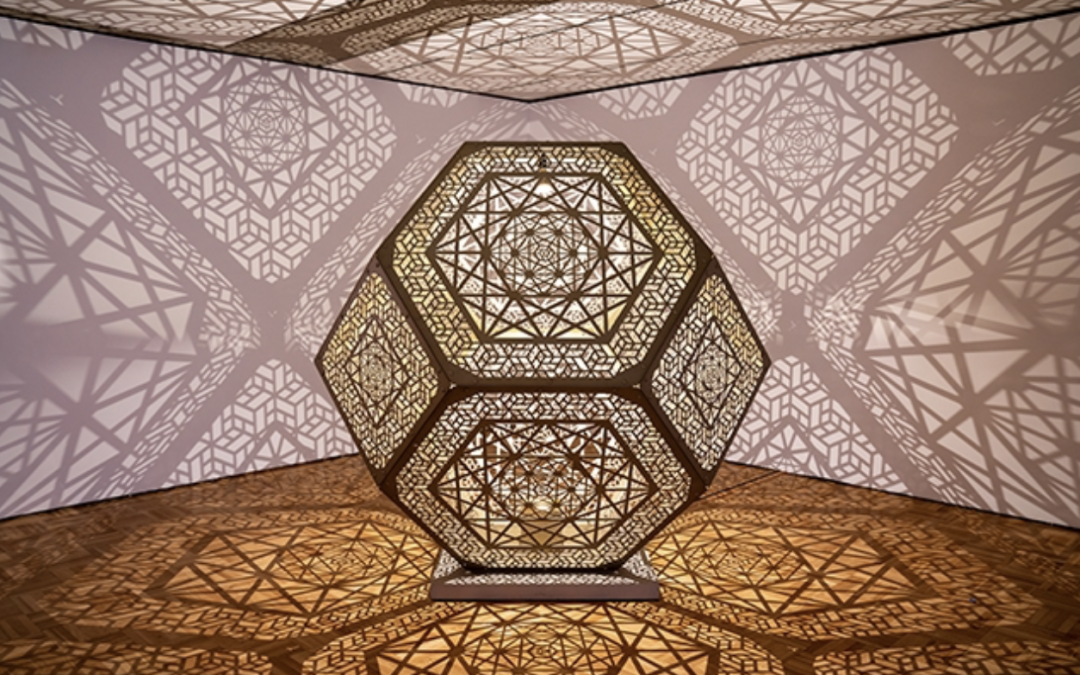 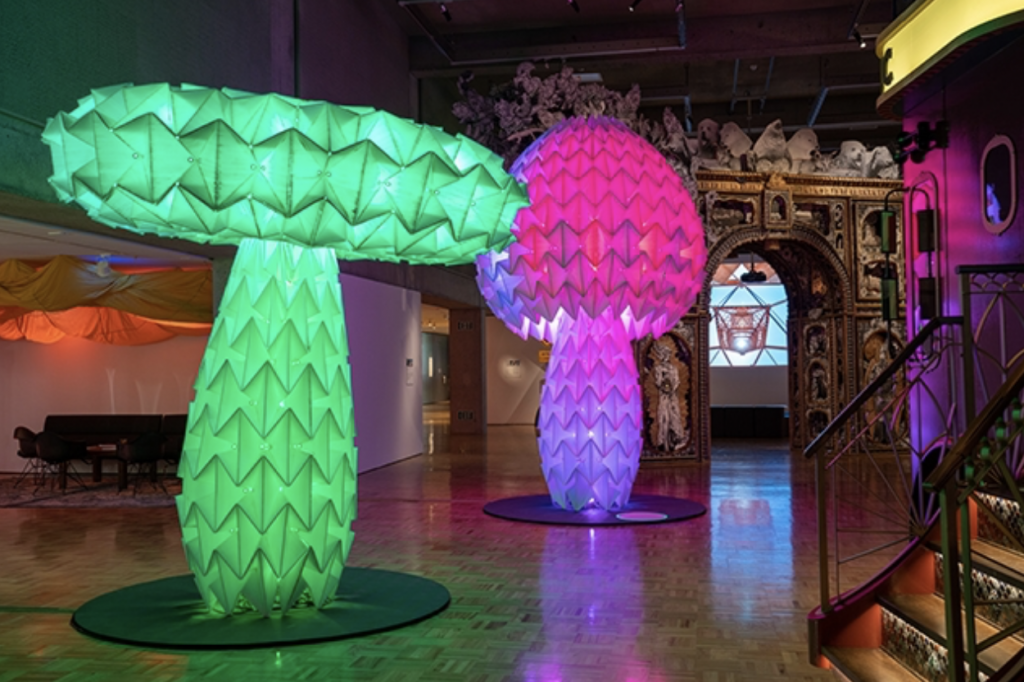 A visual and sound exhibition that immerses you for at least an hour into the delirious creativity of Burning Man. Stroll amongst the giant luminescent and interactive mushrooms in the large gallery or go for an imaginary ride in the dragon vehicle, or dream on with this old bus transformed in an open air movie theater.

The magic lights of the Trocto installation by Yelena Fulipchuck and Serge Beaulieu give a real sense of poetry with the projection of lights like lace all around the gallery. Giant kaleidoscope on the ceiling can be admired sitting on poufs.

The exhibition reminds us that each year spectacular outfits are created for the event. Those exhibited at OMCA, such as Thorax and Ambassador of the Insects, could be on the catwalk of a fashion show – or Hollywood movies.

For the novices, the exhibition in the exhibition – City of Dust, the evolution of burning man; it tells the story of Burning Man, event created in 1986 by two friends Larry Harvey and Jerry James, that is now a global event with no less than 70 000 participants. Upon entry, we are reminded of the seven principles, among which Radical self expression – Gifting – Leaving no trace. 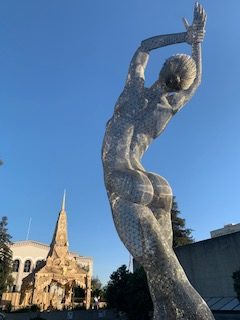 The exhibition goes outside of the museum with the statue of a dancer called Thruth is Beauty by the artist Marco Cochrane. This piece comes directly from the desert. It’s a spectacular iron statue that one can admire from all angles of the park.

It’s hard to miss the 40-foot temple of David Best commissioned by the museum – a real wood lace that invites visitors to relax and reflect. Everyone can also write a message on a piece of wood. In the Burning Man tradition, these messages would be sent to the universe during the cathartic ritual where the temple is burned at the end of the event.

Tickets are to be reserved online for a time slot.