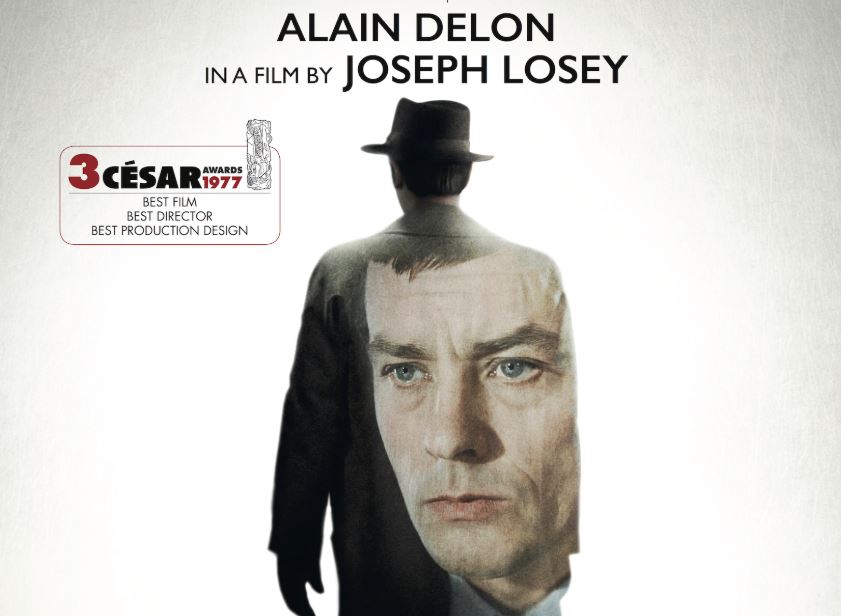 Robert Klein cannot find any fault with the state of affairs in German-occupied France. He has a well-furnished flat, a mistress, and business is booming. Jews facing discrimination because of laws depicted by the French government are desperate to sell valuable works of art – and it is easy for him to get them at bargain prices. His cosy life is disrupted when he realises that there is another Robert Klein in Paris. Very soon, this identity homonym attracts the close – and menacing – attention of the police on the established art trader.
The movie won three César Awards (the French Oscars) in 1977, including Best Director and Best Film.
With Alain Delon and Jeanne Moreau
Director Joseph Losey