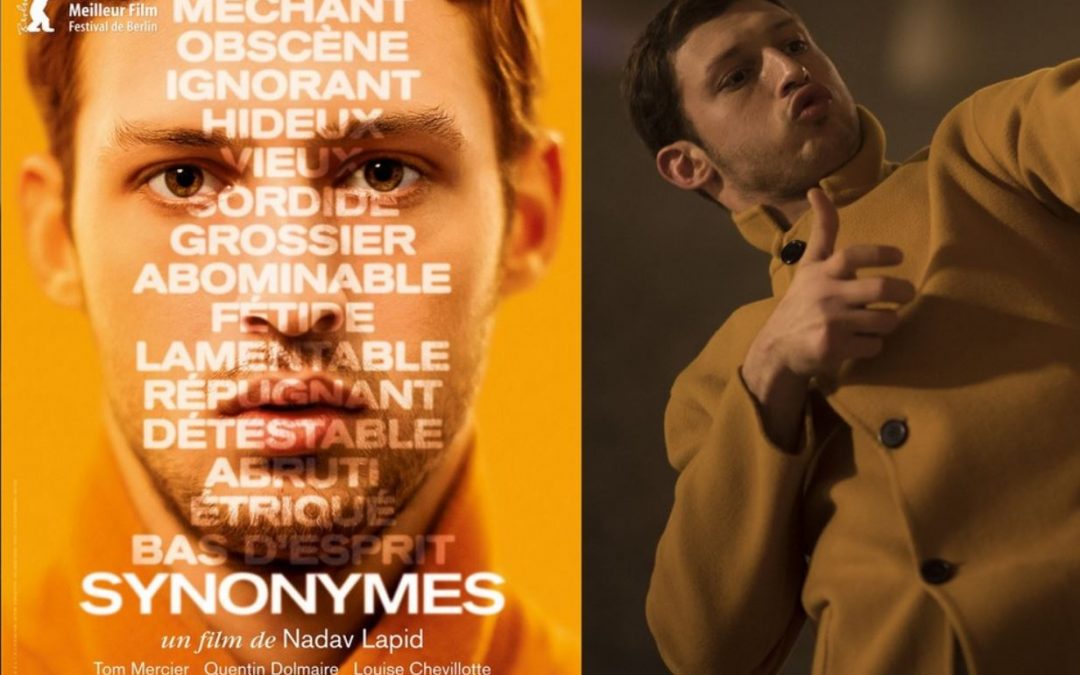 Yoav (Tom Mercier), former soldier of the Tsahal, is disgusted by his country, Israel, that he considers “repulsive, foul, abominable, obscene, hideous” and he does not want to speak Hebrew anymore.
He takes refuge in Paris, and finds help and clothes with a couple, played by Quentin Dolmaire and Louise Chevillotte.
Speaking with a very expressive gesture, with the help of a pocket dictionary of synonyms, he is tightly followed by a camera that does not let go.
There is a New Wave feeling in this film which is a pamphlet on the Israeli question, without sparing France.

Synonyms is a provocative movie, inspired by the real experiences of the writer / director Nadav Lapid (the Policeman, the Kindergarten Teacher).
Winner of the Golden Bear for best film at the 2019 Berlin International Film Festival.
In French and Hebrew, subtitled in English