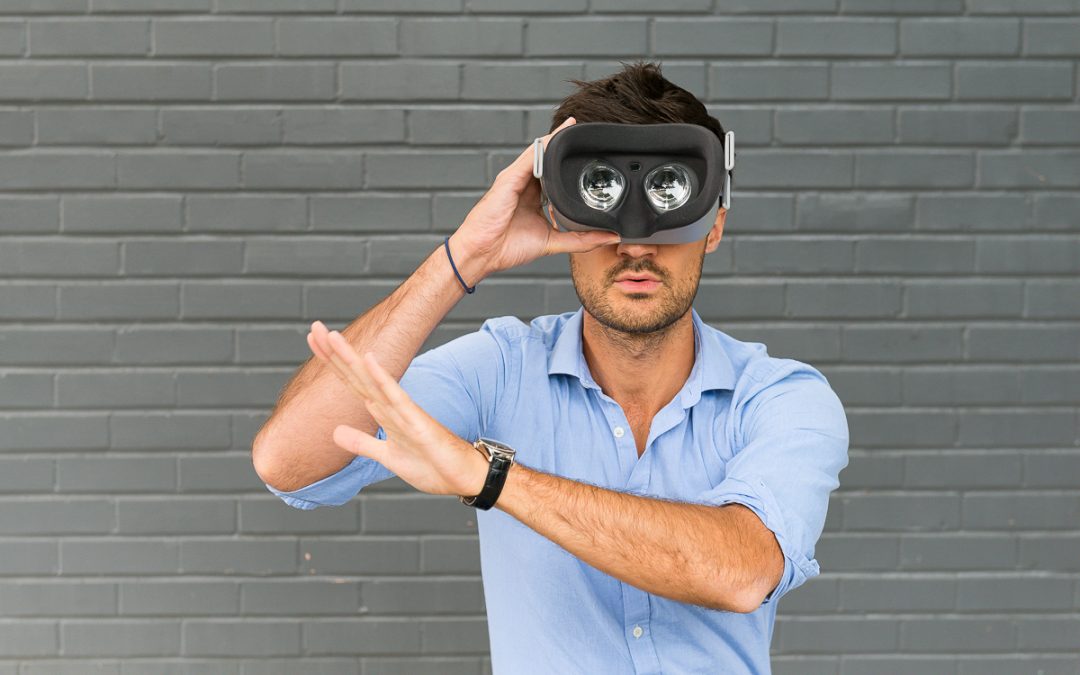 This is the central quest of Einstein Studios, 2019 winner of the French American Business Awards (FABA) in the start-up category.
Six months after winning this recognition, we followed up with Einstein Studios founder, Xavier Lesage Moretti. 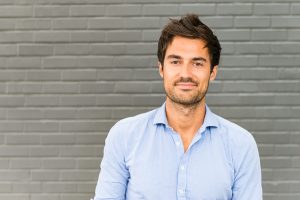 This young entrepreneur made a daring bet: help dyslexic children to learn a foreign language knowing that dyslexia is caused by a specific deficiency in the brain.
In other words, the dyslexic child will have difficulty acquiring and learning a language, whatever it may be, foreign language or even mother tongue.

We do not talk about a small category of the population here because there are about 10% of children affected by dyslexia. That represents one or two children per class …

Surprisingly, Lesage Moretti has no direct connection to dyslexia; not directly nor through friends or family. He was driven by what he describes as a “rotten” educational system.

Obviously, although he graduated from Supelec, a “grande école” in the field of Electrical engineering, Energy and Information Sciences in France, he did not digest the way he was taught physics!

Animated by his personal experience, Xavier began to take a very serious interest in the learning process in general. Why and how one learns more easily a subject matter or another. His intellectual journey includes the reading of a book called “Free your brain” by Idriss Aberkane in which the author demonstrates that “to think better, educate better, live better, no need to be a genius, just use the great resources that nature put under our skull. ” But as Xavier knew, wanting to learn was not enough!

All this might have been left in the corner of his head if he had not had done this researches when Virtual Reality started to become… a reality. He quickly made the connection as he was convinced that to be effective, education had to be fun and collaborative. 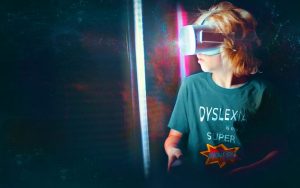 He thought about a game in a virtual world that would revolve around learning physics, always physics … He then shared his thoughts, met some incubators and came to the conclusion that the best was to “test” the idea.

But he did not want to test the idea with any student population.

Indeed, during his research on education, and the difficulties related to learning in general, he had discovered that dyslexic children represented one of the group the most affected by the classical education system:

Those children have difficulties integrating the phonological component of the language. They do not distinguish very well the phonemes nor do they manage to correctly associate graphemes and phonemes.

Dyslexic students, therefore have difficulties in distinguishing or manipulating the different phonemes that make up the words they hear and know. (https://troublesdapprentissage.com/troubles/troubles-dys/dyslexie/)

He set up focus groups by offering parents of dyslexic children the opportunity to express their frustrations in learning about …. physics … yes, again physics! 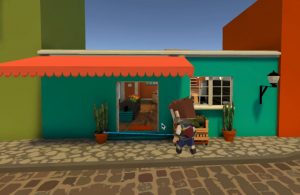 But he soon realized that physics was absolutely not at the center of parents’ concerns, because what was most difficult for their children was the learning of foreign languages. Phonemes, graphemes … it’s quite logical.

This is how Einstein Studios for learning a foreign language was born, focusing ​on Spanish in particular.

It’s a platform much like a multi-players platform where the child takes his class with a teacher in a virtual environment.

Equipped with an Oculus, the child chooses his avatar, joins one or two other classmates in the same situation, and engages with a real teacher but in the virtual world created by Einstein Studios.

VR allows creating a situation of immersion that is completely adapted to dyslexic students: learning a second language is a very abstract exercise when you are sitting in a classroom and that the teacher asks the students to imagine that they are trying to buy fruit at the market.

In a virtual immersion situation, the brain uses a large 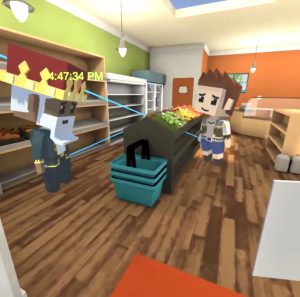 number of much more effective stimuli to increase your child’s engagement.

Each 30-minute class is followed by a “Write & Discuss” session so that the vocabulary learned orally, is written by the teacher on the virtual board and the misunderstandings, if any remain, are lifted … Einstein Studios teachers are selected and briefed to perform in this specific environment.

Today, barely a year after its launch, Einstein Studios offers 3 levels of Spanish classes, helps a few dozen families and proudly displays a retention rate of 100% of its students.

After the first phase of commercial development mainly based on word of mouth, the goal of Xavier Lesage Moretti and his co-founder Benjamin Roux is to grow their team of six people, develop sales and expand their courses offering.

Maybe one day they will find a way to teach physics while having fun. In the meantime, if you have a dyslexic child or you know one around you, do not hesitate to share the name of Einstein Studios … A start-up that keeps its promises.

L'Mida, new Moroccan restaurant in San Francisco
SFMOMA just for you - Dawoud Bey expo
Cine club and workshops for teenagers thanks to Ronald Chase non profit
Tracking your expenses in a budget is easy and free!
Yann Tiersen Concert in Berkeley
Kids & Tech: Innovative Teaching in the Connected Era