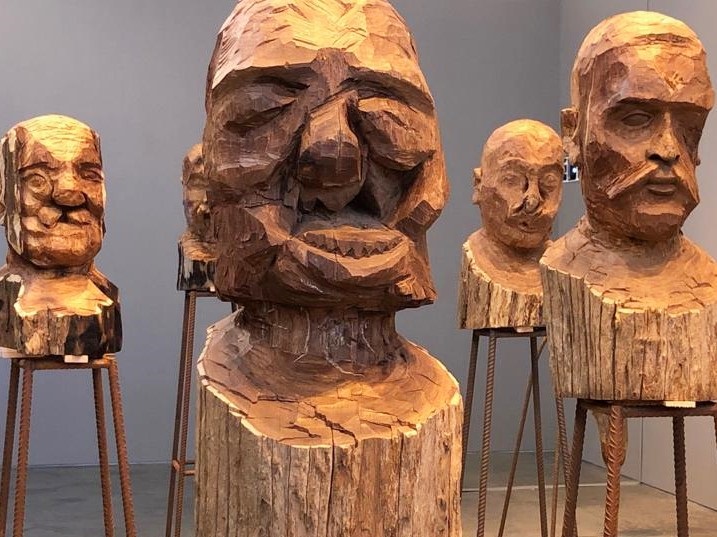 For over a decade, the French-Algerian artist Kader Attia has been deeply invested in researching and documenting the concept of repair as it relates to healing from the trauma of war. This interest stems from his abiding study of postcolonial histories, and from thinking through possible futures for formerly colonized societies. In effect, Attia’s work asks: “How do individuals and social bodies enact a process of healing after having suffered both physically and psychologically during major political conflicts?” In particular, he distinguishes wounds that are visible from those that are invisible, stating “The essential aspect in any traditional and modern repair is inherent to two conditions: the apprehension of its reality and its virtuality. In order to read and understand each repair you have to take the visible and invisible reality of each thing into consideration.” Attia’s material and philosophical investigations on this subject have assumed many forms, including large-scale installations, sculpture, videos, photographs, and collages.

MATRIX 274, Attia’s first solo exhibition in California, presents his seminal work J’accuse (2016). The installation features seventeen busts carved out of teak wood that Attia produced, assisted by Senegalese craftsmen, utilizing images of disfigured World War I veterans who suffered severe facial injuries and subsequently underwent plastic surgery. The sculptures are situated before a clip of French director Abel Gance’s 1938 antiwar film J’accuse, in which actual wounded veterans of the Battle of Verdun, known in French as les gueules cassées (“broken faces”), play themselves. Resurrected from the dead, they march through the streets to warn the world of the atrocities of war. The title of the installation references both Gance’s film and Émile Zola’s “J’accuse!” from 1898, an open letter to the president of France in defense of Alfred Dreyfus, a Jewish officer falsely imprisoned for espionage as a result of an antisemitic conspiracy within the French army.

Rodin Has Company at the Legion of Honor Museum
Discover Sonoma for its hikes, for its history, for the fun!
Ten curated hikes in the bay area
Beware! Mountain Lions a.k.a Pumas spotted in San Francisco
Museums Reopening in San Francisco with Free Admission for Few Days
Celebrate the French heritage at Malakoff Diggins State Historic Park