Audrey Calefas-Strébelle: from the gold mine of Malakoff Diggins to Stanford 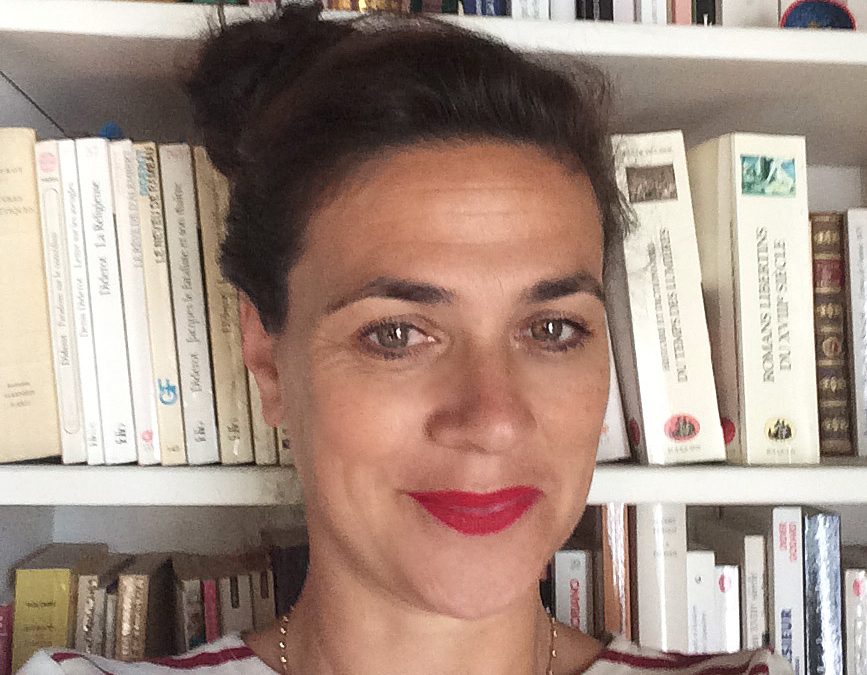 As part of Heritage Days, the French Consulate in San Francisco has teamed up with Malakoff Diggins State Historic Park. This place was born in the 1850s, a gold mine and a French village which a group of archaeologists revived, thanks to excavations and the publication of a historical report. It was the largest hydraulic mining site in the United States, administered by French men from the old continent.

We met Audrey Calefas-Strébelle, Ph.D. (Stanford), the French woman who discovered more than 20 years ago, the existence of this French mining village, and who wrote in 1997 a master’s thesis on the “Keskydeez“, these francophones of the gold rush. She tells us more on the background of her research and what she discovered there.

Audrey, you are a professor of history and literature at Mills College, tell us how you got to work on the gold rush and how you discovered Malakoff Diggins. 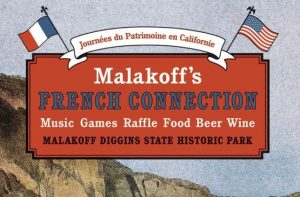 Traveling to California in the summer of 1995, my sister, a savvy camping enthusiast, took me to spend a few days in the Malakoff Diggings State Park. Upon arrival, the park ranger told us about a ghost town (North Bloomfield) which was, at the time, at the end of a rough and rocky road that ended in the main street of this small mining town.
Extraordinary! Nobody there, frozen time and suspended dust. Calamity Jane would certainly emerge from a saloon! My sister had reserved a most rustic miner’s hut named Frank Que Condon, a French miner, colorful character who had marked the memory of the city. I had just met my first Keskydeez, nickname given to French minors who, speaking little English, kept repeating in French ” mais qu’est-ce qu’ils disent ?” ( “but, what are they saying?”).

What else did you discover?
At the turn of a walk, we were amazed to discover a small abandoned cemetery that housed many graves with French names. I was looking for a subject for my Master’s thesis, I had just found it. I then discovered that other people before me, were interested in the gold rush of the French such as Michel Janicot, Claudine Chalmers, Marie Paquette and Annick Foucrier.  All have published excellent books on the French presence in the mines (mainly in the mines of the south, with the exception of Michel Janicot) but no one had looked at the French from the mines in the north as a whole, which I did. North Bloomfield, Nevada City, Marysville, and Grass Valley are all northern mining towns, and all of them have a large francophone community for the time. It seems that there were nearly 8000 French in the mines of the north, much more than in the mines of the south (6000) and that of the center (4000). The small town of North Bloomfield and the Malakoff mine (named after the Battle of Malakoff in 1855, French victory during the Crimean War) had a large community of francophones. In North Bloomfield, of the 600 names reported in the register of concessions around the city, 130 were French. 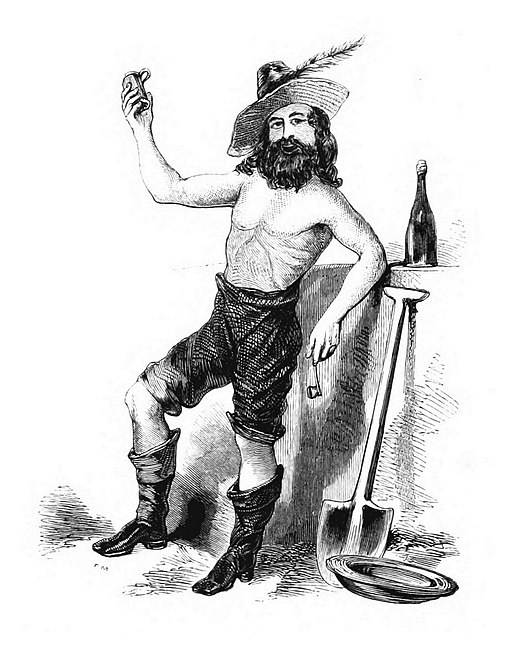 How did the miners live at that time? An anecdote in particular? What happened in September of that time?
The creation of North Bloomfield dates back to 1851-52, when the French government of the time sponsored an emigration company to discreetly get rid of “undesirables”: small thieves, “bad” girls, poor people but also some exalted Republicans disappointed by the “coup d’état” of Louis Napoleon Bonaparte. The gold bullion lottery was a hit thanks to an advertising pamphlet written by Alexandre Dumas Jr. It sent about 4,000 French men to California, many of whom made their way to North Bloomfield. All the French were not gold diggers; in 1855 Madame Auguste opened the first French establishment at North Bloomfield, the aptly named Hotel de France, which was followed by a brewery, a general store and a boarding house all held by French people. There are also many French people in Grass Valley and Nevada City located some 15-20 miles from North Bloomfield. Lola Montes, the Parisian demi-mondaine, who after having shaken the capital by dancing bare legs, comes to settle in Grass Valley where she performed, and her dance of the spider seemed to delight many minors. At North Bloomfield, the French were at the origin of the use of hydraulic guns (hydraulic felling), a method that propelled powerful jets of water over the hills to detach the auriferous quartz, and extract the gold. It was actually Antoine Chabot (Oakland Observatory Chabot) who was the first to have the idea to use a water jet on his Buckeye Hill (Angel Camps, South Mine) concessions. to break up the gravel blocks and bring them down from the hills. It was at Malakoff that this method took its full extent and French miners operated the mine until the year 1860. In 1866 several mines were grouped around Malakoff giving birth to the North Bloomfield Gravel Mining Company, financed by a French investors (Louis Alfred Pioche, the aptly named –pioche means pickaxe) and operated mainly by French minors to the point that this company was known as the “French company”.
This company was the largest known hydraulic mining operation and the small town of North Bloomfield served as a trading, accommodation, catering and entertainment center for miners.

In the mines of the north, the French are also at the origin of the first documents aiming to regulate the division of the gold mining grounds, and the exploitation of the concessions. Documents which were adopted in 1852 by all the miners of Nevada City then extended to all the county.

A good reason to go to this festival on September 14th?
Hmmm … We all came for gold in California, whether it’s bright yellow or else. Go and meet the French of North Bloomfield is a little like visiting the grave of our grandfather.

What are you working on right now?
On other adventures, other travelers. Those who went to the East in the 16th, 17th and 18th century. I work in “digital humanity” and I map the travels, networks, manuscripts and objects that have contributed to the development of an orientalist vision of this part of the world.
Also, and as I have been for a long time the research assistant of Michel Serres at Stanford, I volunteer to the development of a foundation in his name.