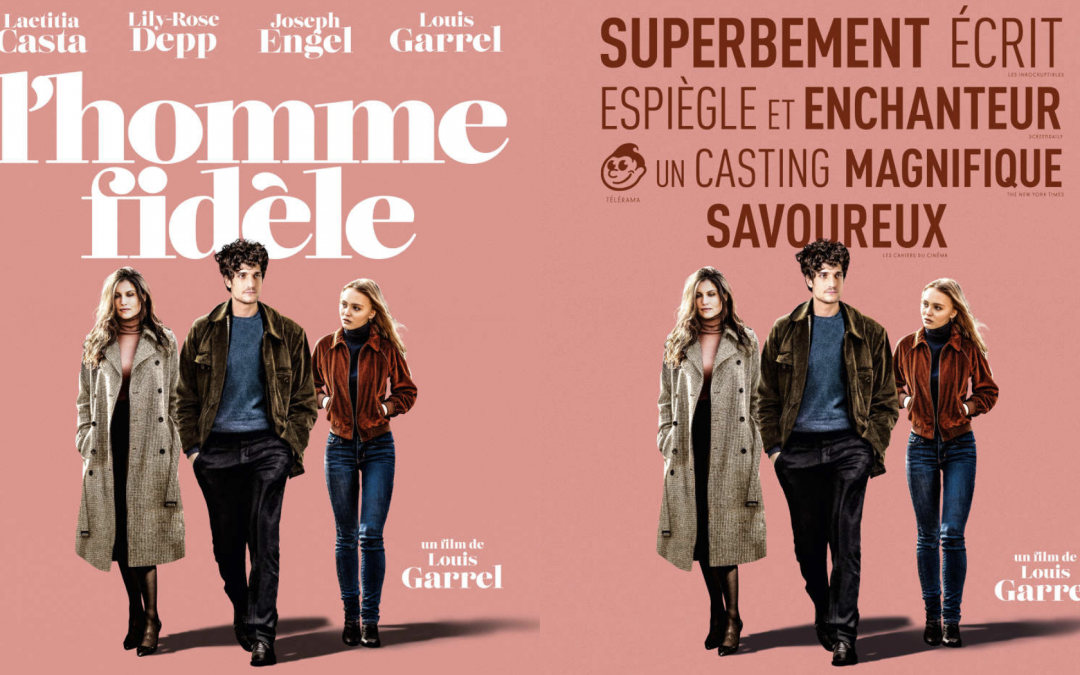 A Faithful Man, presented at SFFILM Festival in April 2019, is released in San Francisco. In this movie, Louis Garrel plays his own romantic farce, the one of Abel’s who is slowly passive and jostled by the whims of others. His lover Marianne (Laetitia Casta) throws him for his friend Paul, then reappears a few years later, while the seductive younger sister of Paul, Eve (Lily- Rose Depp) plays the role of an obsessive lover. Garrel wrote the screenplay with the legendary Jean-Claude Carrière (Belle de Jour, 1967) and the film certainly knows how to take advantage of Garrel’s man-child charm.