Discover petanque in the San Francisco Bay area and have fun 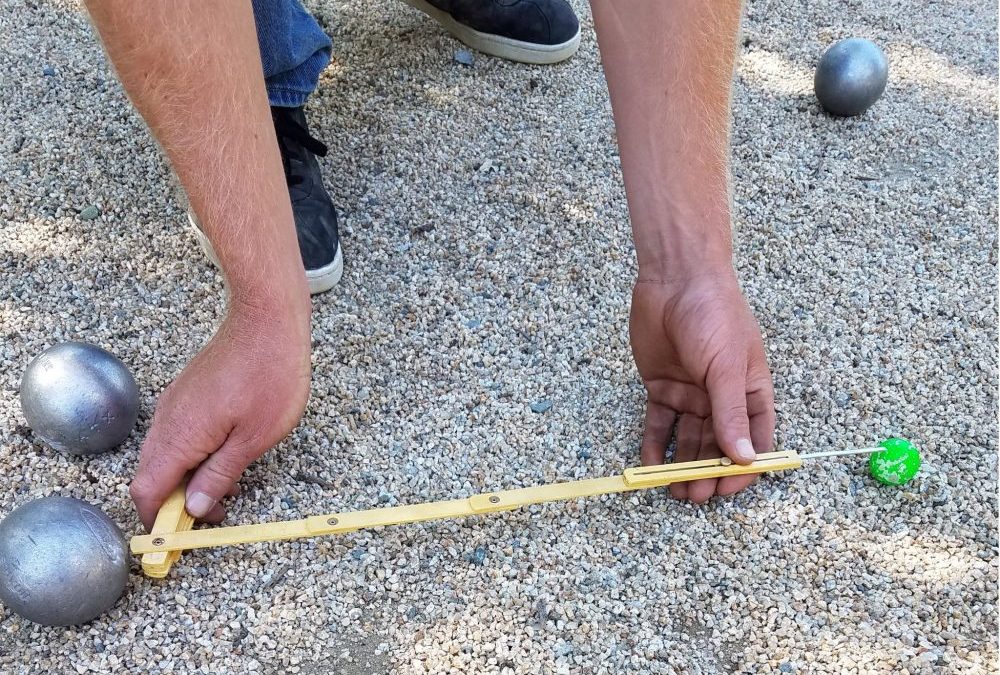 Petanque is not only played at aperitif time between friends on a French village square! San Francisco Bay area offers great options to practice this activity that is both competitive and friendly.

We met the members of the Lamorinda club based in Lafayette, next to Oakland, and we got the opportunity to discover a world far away from conventional wisdom. 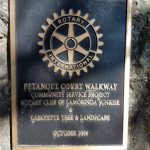 Lamorinda is a story of trust between its founders, Pascal, Marianne, Gilbert, Serge … and the Lafayette mayor who let them landscape a piece of land in a dream location so they can practice petanque. From a not very welcoming piece of land, they have made a very pleasant space with several gravel pitches. By the way, the Lafayette Lamorinda Club has just celebrated its 30th birthday!

But the most remarkable thing is that they do not take it too seriously at Lamorinda! You will be welcomed with exemplary kindness, they will lend you balls if you come empty-handed, and nobody will worry about the fact that you are a champion or a complete beginner.

According to the members we met, practicing pétanque is an important factor to play correctly but you must never forget the luck factor; Indeed, the gravel pitch is never perfect, so it let’s an opportunity to beginners and it sometimes creates unexpected difficulties for the more experienced players. 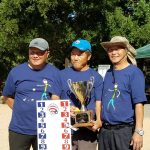 But Lafayette is not the only place where you play pétanque in the Bay area.
Indeed, when we went there, it was a “regional” competition day, and we noticed that the clubs of Fresno, Petaluma, San Rafael, and Sonoma were not left out! By the way, that particular Sunday, Fresno won the cup. 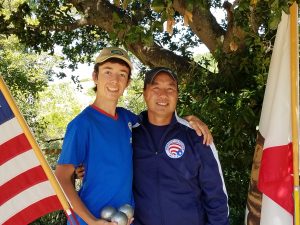 Since we are talking about championship, and competition, we take the opportunity to mention that the petanque is not a sport of older people as we would tend to think. Indeed, Lamorinda counts THE junior champion of the United States among its members. Noah Sonet, who just turned 16, is part of the American team that will defend the stars and stripes at the World Championship Junior Games in November 2019 in Cambodia.

In the series of surprises, we discover that one of his teammates lives in Texas, and the other in North Carolina. This proves that the petanque is also a sport for juniors, is not confined to the South of France, and does not require the accent.

So, if you want to spend a moment of friendship, alone or with your family while enjoying an exceptional setting, go to Lamorinda on a Sunday afternoon or to another San Francisco bay club. Do not hesitate to bring picnic and cooler, sharing is part of the experience.

Loft Orbital, a start-up that launches "space as-a-service"
Re-inventing our bilingual schools in less than a week
Exclusive: 1 week at Club Med Punta Cana for 1,735$ with air
Historical Alcatraz Tour with San Francisco by Gilles
Joan Mitchell: a dazzling retrospective at SFMOMA
Video - A bit of the history of the Japanese in California