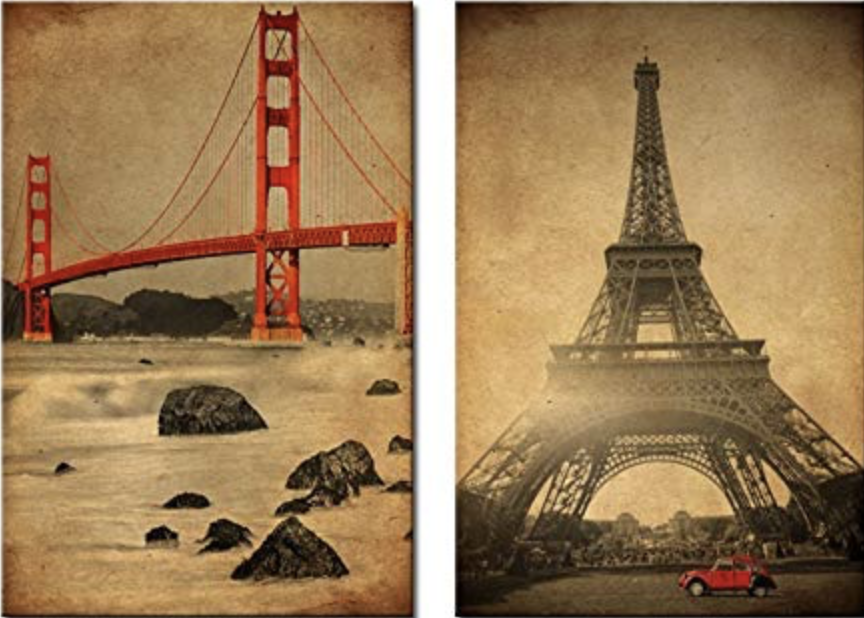 Post updated on May 2022. The first San Francisco Bastille Day celebration took place in 1880. It makes it a +140-year-old tradition!

French American friendship spans 244 years, starting with the 1778 treaty and military support in the American Revolutionary War when France became the first ally of the new United States.

The French were on the ground early in California. The first French immigrant recorded is Jean-Louis Vignes, who came from Bordeaux and started a vineyard near Los Angeles in 1831.
As early as the Spring of 1850, the French were operating stores, restaurants, and hotels on Clay street, in the old business section of San Francisco. In July of the same year, Mr. Dilion arrived as the first French consul in San Francisco.

There was a French newspaper, “L’Echo du Pacifique,” as early as 1852. They even built the first railroad in San Francisco, a steam line, which ran from the bay to the Mission Dolores! 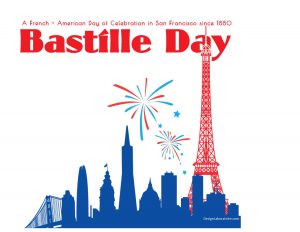 As mentioned, the first San Francisco Bastille Day celebration took place in 1880.
San Francisco was often referred to as “The Paris of America.” Some may remember the “City of Paris” store where now stands Neiman Marcus. The first HMO was the French Hospital which opened in 1851 and aided all San Franciscans regardless of citizenship; it is now known as Kaiser’s French campus on Geary. The French have made a noticeable and enduring impression upon San Francisco’s first century of history.

As San Francisco celebrated yet another grand Bastille Day in 1897, Mayor James D. Phelan spoke as follows: “Ladies and gentlemen: San Francisco is one of the most cosmopolitan cities in the world, and from the very beginning its French population has been conspicuous in its development. Their love of the Republic, their enthusiasm for freedom, their artistic tastes, and their accomplishments have contributed to the upbuilding of the City and the strength of the State. The character of California’s soil and climate, resembling France, makes them feel at home and has wedded them with ties of love and affection to the Golden State.
This is the French national holiday, and its significance is in full accord with the principles that underlie the structure of the American Government. America celebrates the 4th of July; France, a few days later, the 14th. The one following the other is more than a coincidence— it is a consequence […]” – Pronounced 121 years ago, these words still resonate today.