Opera – Carmen by Bizet is at San Francisco Opera in June 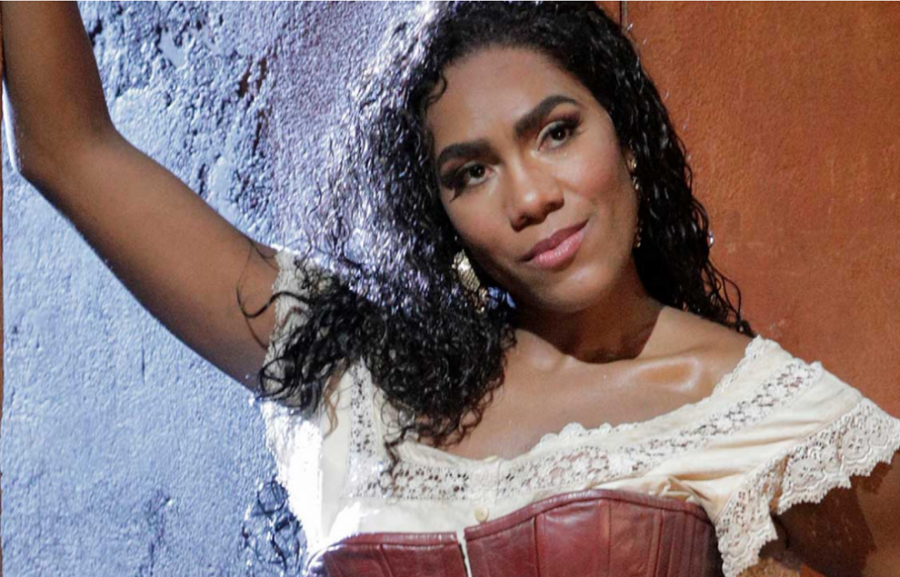 Carmen, the famous opera by Bizet is sung in French with English supertitles at San Francisco Opera. Here is the synopsis, just in case…

ACT I
Outside a cigarette factory, soldiers alleviate their boredom by preying on the innocent Micaëla, who is searching for Don José, her childhood sweetheart. When the factory bell rings all the men press forward to see the infamous gypsy Carmen. She sings the habanera which enchants the corporal Don José. The factory women go back to work and Micaëla returns bringing greetings from Don José’s mother, who misses her son.

Suddenly a fight, started by Carmen, breaks out in the factory. Captain Zuniga, inflamed with jealousy at Carmen’s flirtation with Don José, orders her arrest and commands Don José to escort her to prison. She promises Don José a rendezvous later that night if he lets her escape. Don José feigns being thrown to the ground, enabling Carmen to run off with the gypsies. Zuniga sees through the ruse, and is happy to send him to prison, so he can have Carmen himself.

ACT II
In a late night tavern Carmen dances with her friends Frasquita and Mercédès. Captain Zuniga yearns to have a liaison with Carmen later.
Escamillo, the famous toreador, arrives to entertain his fans. Carmen rejects his advances. She also wards off Zuniga’s hopeful proposition, eager to get everyone out of the tavern.

Le Dancaïre, leader of the smugglers, urges Carmen to assist them in carrying contraband across the border, but she refuses, sending her friends  away when she hears Don José approaching. Carmen owes Don José a debt of gratitude for her freedom and she dances alone for him. At the sound of the bugle call, Don José, who has been demoted, says he must return to the barracks. Carmen laughs at his obedience to authority. Suddenly Zuniga bursts in hoping to finally have that rendezvous with Carmen. The jealous Don José flings himself at his superior officer, but the smugglers enter and separate them. Don José is left with no choice but to join them.

ACT III
Forced into hiding with Carmen, Don José thinks with remorse of his mother. Carmen has grown tired of him. They quarrel bitterly. Carmen refuses to be ruled by any man.
In the tarot cards she reads only of death. The smugglers lead their women off to distract the border guards.
Micaëla has braved a dangerous journey to bring Don José news of his mother’s last illness. But before she can find him Escamillo arrives, and she hides, as Escamillo and Don José fight over who should posses Carmen. The returning smugglers pull them apart. Micaëla’s presence is discovered and she tells Don José that his mother is dying. Don José, stricken with grief, tells Carmen that he is going away, but that they will see each other again.

ACT IV
An excited crowd are awaiting the bullfight parade. Escamillo arrives with Carmen, resplendent as his consort. Frasquita and Mercédès warn Carmen that Don José is hiding, wild eyed with jealousy, in the crowd. Carmen says that she will tell him that their relationship is over. The bullfight is about to start; everyone goes into the arena. Carmen deliberately waits to confront Don José. He begs her to come back to him. But she defiantly declares that she was born free and will die free. Just as Escamillo defeats the bull, Don José finally possesses Carmen, in a fatal embrace. He falls sobbing over her corpse, admitting his guilt.

French Movie - The Beaches of Agnès, by Agnès Varda - Roxie Theater
Concert - Madeon DJ in Oakland at Second Sky festival
An Evening with Pop Artist Ramzi Adek in Berkeley
Where to get a raclette in San Francisco?
Concert : Odézenne at the Rickshaw Stop - Win Tickets!
French movie - Caché by Michael Haneke (EN subtitles)