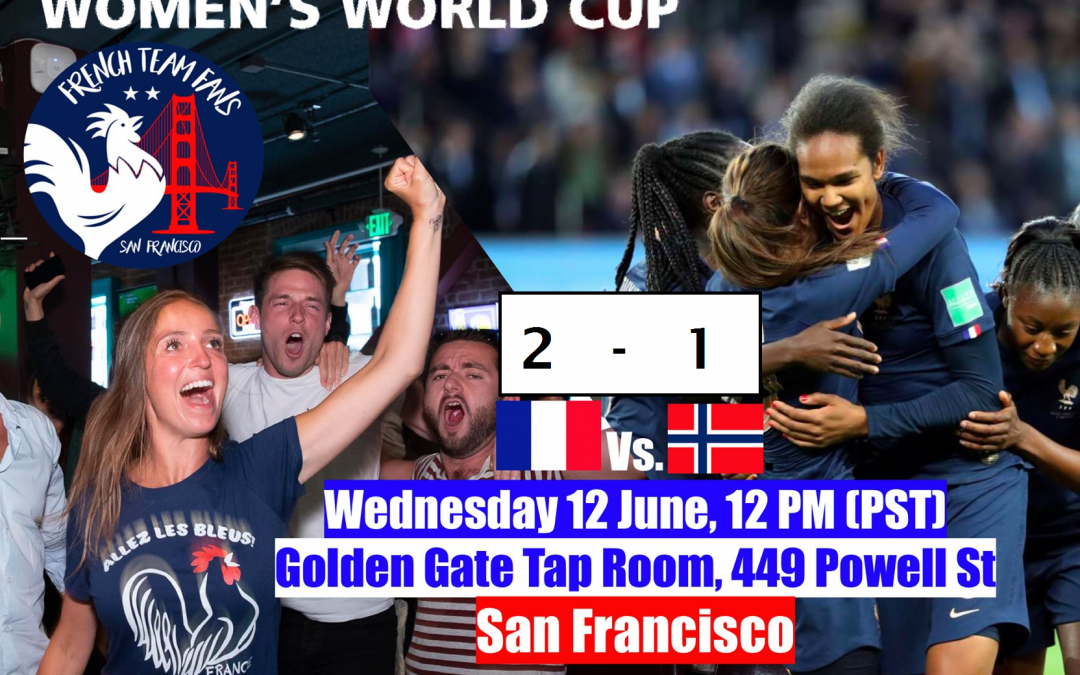 Did you hold your breath for the French football team in 1998 and 2018? What about renewing the experience in 2019 … for the French Women’s Soccer team? Come and support the team of France in San Francisco, on Wednesday 12th, for a lunch break with the Club of Supporters of the French Soccer Team. See you at the Golden Gate Tap Room in front of a key game for France Women Soccer Team, facing Norway to qualify in the 8th finals of the World Cup!

The Women’s World Cup started last Friday, in Paris, with a victory of the French team 4 – 0 against the Republic of Korea!

The Supporters Club of the team of France in San Francisco was at the rendez-vous. Just like last year for the men’s France team, this group of supporters who managed to gather, in San Francisco, more than 3000 fans of the French team, organizes the rallies in the best sports bar of the city: the Golden Gate Tap Room, near Union Square.
With its giant screens and its proximity to the Financial District and Soma districts, the Tap Room offers ideal conditions to watch the game, especially during lunch break, with other sports-loving Francophiles.

Wednesday, France Women Soccer team will play an already decisive match against formidable Norway (who beat Nigeria 3-0 in their first game) to continue dreaming of winning the supreme title! France who has the best team in its history and who plays this World Cup at home, has all the ingredients for success.

Beyond the sporting event, this World Cup is also an opportunity to show that women’s sport is just as important! Feminism also goes through sport! With nearly 10 million viewers in France for their first game, this team is conquering hearts, beyond soccer fans!

See you on Wednesday 12, by noon, to sing the Marseillaise with the Supporters of the French team in San Francisco!