JR – The Chronicles of San Francisco at SFMOMA 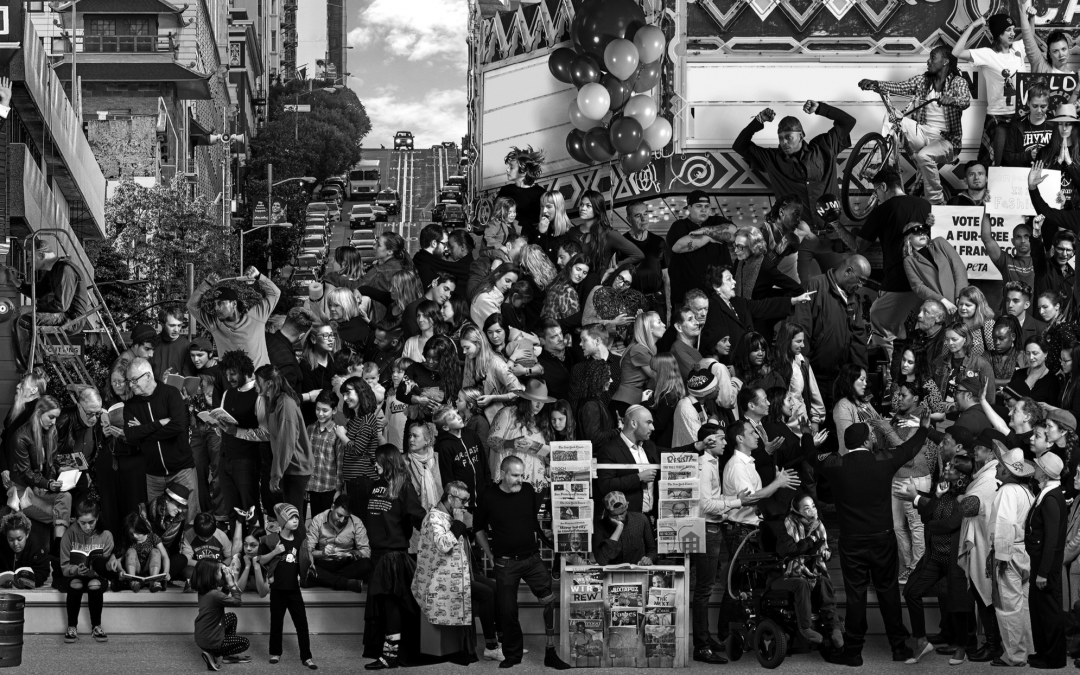 You might have been in San Francisco early 2018 when JR installed his trailer in different parts of the city (22 locations in total). The truck turned into a photo studio, hosted each person who wanted to be photographed. They would all be part of a huge mural that would be exposed a year later … The giant 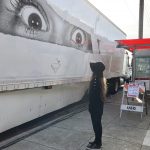 digital mural will open to the public on May 23rd in the free space of SFMOMA.
JR will be there to present it at 7 pm on the day of the opening.

A bit about the making-of process of this project that allowed to shoot 1206 people in just over a month. The goal was to involve a broad and representative sample of the San Francisco population. To get them into the mural, each person was photographed on a green screen to facilitate the outline process. Individually, or in small groups people were delighted and proud to be a model for a moment under the direction of JR or Camille Pajot, his artistic director. 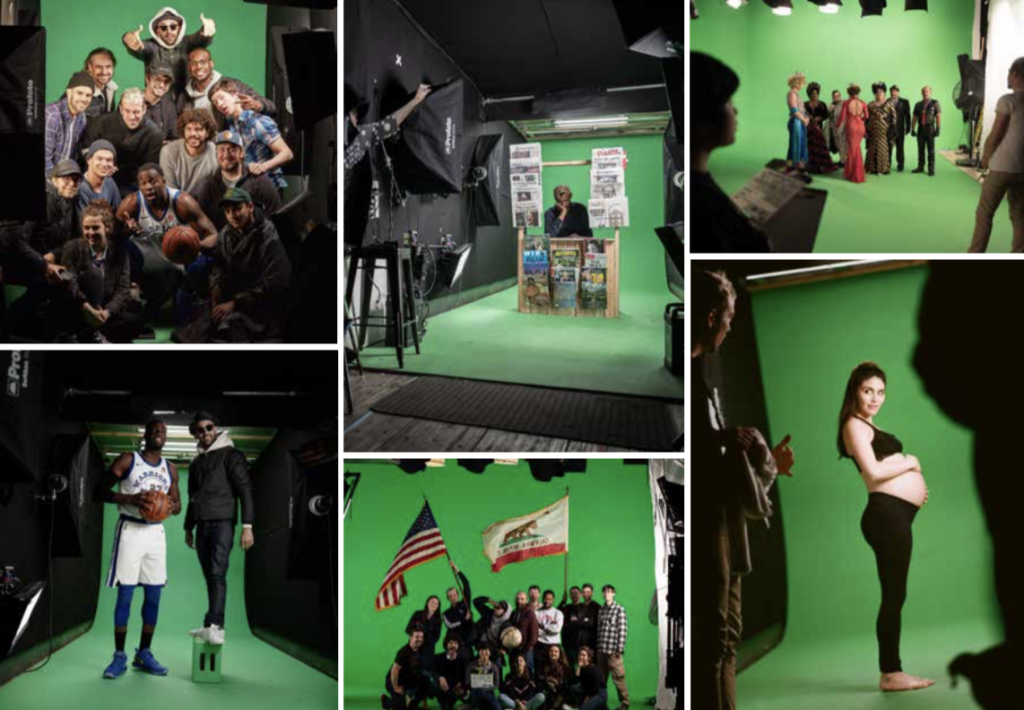 The mural, inspired by Diego Rivera’s art, took shape as JR and Camille went along. Their vision of the final scene allowed them to direct the participants according to the way they wanted to be represented: a veteran politician, a homeless person with his shopping cart, the community of drag queens, and no-name like you and me…

JR wanted to make a huge portrait of the city in an egalitarian spirit where “Everyone could tap each other’s shoulder and simply ask – what is your story? The characters were photographed under the same light, at the same scale, no one is more important than another “.

This is how this digital mural features figures such as California Governor Gavin Newsom, San Francisco Mayor London Breed, basketball player Draymond Green, author Armistead Maupin, Marc Benioff, but also part of the French community proud to be part of the project.

Let’s see if you can you find Emmanuel Lebrun-Damiens, the Consul General of France in San Francisco or Mathilde Froustey, one of the French San Francisco Ballet principal dancer?

The mural, located in the Robert Family Gallery, is freely accessible to the public. It is displayed on a giant wall of about 100ft long filled with digital screens.

The mural will be available for one year at SFMOMA; we will be able to go more than once to enjoy it. This project should make us fall in love with San Francisco, while highlighting its disparities, its extreme inequalities that keep on growing…and confirms to us that art for all is essential.

Thank you JR “the artivist” … and to the whole team.